A Template For Reviewing Everything From Books To French Restaurants 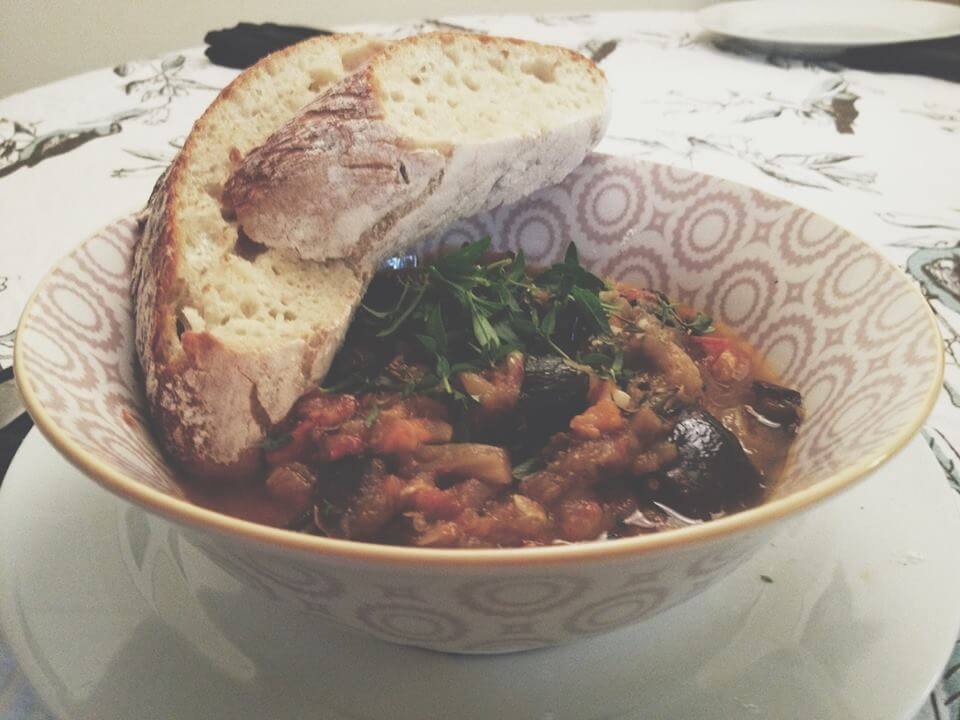 While Cicero’s Rhetorica ad Herennium commends a six-part structure for an argument, there is an elegance to the way each part gives way to the next which is worthy of imitation in non-argumentative essays, as well.

In the last two years, I’ve written nearly a hundred film reviews for FilmFisher and found that I often naturally assume the logic of Cicero’s structure simply because Cicero’s form suits not only a deep objective examination, but a roundly personal and subjective look to boot. Cicero moves from the known to the unknown and then back again, and in this way he not only reveals what was unknown but gives new ways of thinking about what is known.

This year will be my tenth as a teacher, and I’ve often found myself digging for examples of museum reviews, book reviews, travel literature, food and drink writing, film criticism and so forth to give my students as suits our latest venture. There is a mood and tone to great criticism and reflection which is easily identifiable when you’ve been steeped in it for years, but hard to explain with a single example. However, I believe that many great modern essayists make intriguing amendments and slight adjustments to Cicero, and that the enviable mood of a David Remnick essay or Anthony Lane review has more to do with structure than a cosmopolitan vocabulary and knowing verbal glance.

I would like to offer a template of the modern essay that can be used when reviewing just about anything— from a trip to St. Patrick’s in Manhattan to the latest Mission: Impossible film. Each of the following seven sections should be approached as a single unit, a paragraph. The template is easily amenable to short or long essays— as little as 800 words, as much as several thousand.

While each of these sections might not seem appropriate to just any review, I would challenge students to dig more deeply into food, architecture, furniture, and even perfume and clothing.

1. Begin by setting the subject in context.

2. Discuss your own personal interest in the subject.

Moving away from abstract comments about genre, bring yourself in the essay. You’ve chosen to talk about this thing— but why? What drew you to it? Hold off using the word “I” until you get to the second paragraph. This will give your reader a sense that the essay is deepening, that more is on the line than whether the subject was good or not.

Now that you have established a personal interest in the subject, begin talking about it directly. If you are reviewing a film or a book, summarize the first 2/3rds of the plot here. Do not talk about the end. If you are reviewing a painting, describe what you see in this paragraph. If you are writing an analysis of a certain character in a book, merely describe that character’s arc here. Again, hold off on judging the subject.

Avoid adjectives like “excellent” or “wonderful” or “weak” or “terrible.” Show, don’t tell. You want your reader to begin coming to the same conclusions that you have arrived at, but allow your reader space to do so on their own. When you finally reveal your own judgments about the subject later, you want your reader to feel their suspicions confirmed. In hearing you describe the subject, your reader should begin thinking, “This sounds like an intriguing book,” or, “I don’t think it’s worth driving to Philadelphia to see this painting.”

This paragraph might be the longest in the essay, but avoid making it more than a third the total length. If the essay is 1000 words long and less than 300 words describe the subject, the reader will feel they don’t know enough about the subject to agree or disagree with your judgement. If the summary paragraph is more than 300 words long, readers will start to get bored and skip ahead to the next paragraph.

While you should avoid using judgmental adjectives like “excellent,” don’t avoid using words like “delicate” or “refined.” For example, it would be too much to write, “The soundtrack to Interstellar is excellent because it fits the plot of the film like a glove.” Instead, you could say, “Hans Zimmer provides a pulsing, bombastic soundtrack which lends import to Cooper’s work.” Both sentences are judgmental, but the first is merely a thumbs up and an exclamation point. Readers tend to pass over words of simple praise (“terrific”) and simple condemnation (“terrible”). The second sentence lets the reader conclude that the soundtrack is excellent without using the word “excellent.” In that way, the reader actually concludes the soundtrack is something more than excellent, not merely excellent.

4a. Discuss themes, tropes and motifs of the subject.

A plot is not merely a series of random scenes and images. Abstract ideas bind together concrete objects. Ideals brings harmony to a character’s actions over a series of scenes. If you are reviewing a book, what binds the chapters of the book together? What hidden logic guides the progression of events? What images recur? What words and abstract ideals do the characters keep coming back to? Do they talk about love or justice? What threats must the characters consistently deal with? What unspoken fears do the characters seem to regularly suffer from? If you are describing a painting, what techniques has the painter used to hold all the figures together? If describing a trip to New York City, what common thread can you discern between one monument and the next?

If describing a plate of food, you should know something of the history of that dish. French onion soup is served in fine restaurants now, but it was originally a poor man’s food. Densely populated regions of Europe traditionally produce small rounds of cheese, but lightly populated regions produce large rounds of cheese. Italians choose what sauce they’d like to eat first, then what shape of pasta adheres to that sauce the best. How has the purpose and history of that food been tinkered with in the dish you’re eating?

4b. Discuss how the subject fares when compared with a standard.

Do not bring out your deepest feelings about the subject here. Strongest praise or censure of the subject do not belong in the paragraph wherein the subject is merely being compared with similar things. The particular 20th century comedy film you’re reviewing might be a fine example of that genre, and this is the kind of judgment the reader has been waiting for you to make, but this kind of judgment is not your final word.

5. Get in-depth in one scene, one movement, one ingredient.

6. Bring in the Classics.

Now, the real judgment begins. You have waited until the end for the big reveal.

This paragraph should not be a simple comparison. The point is not to make the subject pale in comparison to a canonical work, but to dignify the subject.

In this paragraph, you will not compare the subject to other things of its kind. You have already put the subject in context back in the first paragraph, then compared it contextually in the fourth paragraph. In this paragraph, you are comparing the subject to something that might be a very different kind of thing. You’re not comparing Brian Eno to John Cage. You’re not comparing Master and Commander to Virgil’s Aeneid. You’re not comparing St. Pat’s to the Empire State Building. Rather, you are deepening the judgment that you began making in the previous two sections. What is at the very heart of the subject? What is the essence of the subject? Go a little mock heroic. It doesn’t matter if you’re only reviewing a trip to an Italian restaurant. What’s the essence of lasagna? Or, what’s the soul of Spielberg’s Empire of the Sun? What questions, fears, hopes and virtues sit at the very heart of… this Taylor Swift album? Or The Divine Comedy? Dig through the layers of the thing, like Orual digging through layers and layers of earth at the end Till We Have Faces. Get to the moment Orual realizes she’s Ungit, but get to that moment for the film or book or painting you’re writing about.

Bring in the classics by discussing that essence— that soul— in context. Till We Have Faces is a relatively recent book about doubt, but Caravaggio’s “The Incredulity of St. Thomas” is a canonized painting about doubt. What have the two in common? How do they offer up similar ideas on doubt? Late in the book, Orual is afraid she will die before she gets her life in order. Compare that fear with the Introit of Faure’s Requiem, a movement of music which captures the fear of a man upon realizing he has died.

This paragraph is the most difficult in the whole essay because it requires the most acrobatic, poetic connections to be made. You’re comparing apples and oranges, of course, but you’re comparing good apples and good oranges in the hope of arriving at some new way of thinking about goodness.

7. Set the subject in the context of the future.

Given the relative excellence of the subject, does it have a future? How will it age? How will it be remembered? Will it be quickly forgotten? Does the subject make some fine adjustment to its genre or will the genre simply absorb the subject?

Getting into an essay is easy, but getting out is difficult. Be wistful. Whether the last line of a novel or the last line of the review of a novel, whatever you put at the end always looks toward the future, toward eternity. My favorite final line is from St. John’s Gospel:

Now there are also many other things that Jesus did. Were every one of them to be written, I suppose that the world itself could not contain the books that would be written.

There is a delightful ambiguity in John’s writing which opens up unto a host of interpretations. When he writes of “the world,” does he mean the Earth? If so, St. John concludes with an image of books proliferating in stacks as tall as cities; men sitting on stacks of books, writing stacks of books, and the first words of each one are “And then Jesus…” Or when St. John writes of the world, does he mean the world of the flesh? Does he mean that the world has tried to contain Jesus in a tomb, but the infinite Son of God cannot be contained? Does he mean that Jesus’ followers explode the world from the inside? Do they fill the world with their endless written praise of Christ until the world bursts like a balloon?

Because we do not know what the future holds, a good ending should be a little ambiguous and open up into a spectrum of possibilities. Neither is this non-committal or wishy-washy. The subject has been judged substantially prior to the final paragraph. In not concluding with judgment, your essay finishes on a lighter and less authoritarian note. You have a lighter, more winning touch.