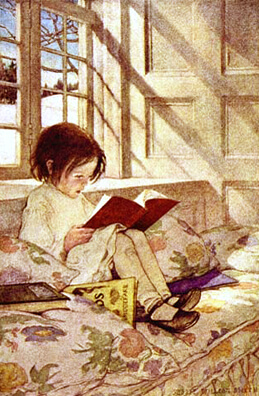 Forget the self-help shelf. When I need life advice, I reach for some literary criticism.

After all, if our lives are story-shaped, what could fit us to fare forward in them better than Story’s cartography? If in His book are written all the days fashioned for us, how better to interpret them than by learning the story-rules His own great narrative has set? Or if, in some mysterious way, we join our Author and finisher in the crafting of our lives, how better to learn wisdom than by imitating the storyteller’s art?

For example, let your mind wander through a few insights from Flannery O’Connor’s essay “Novelist and Believer.” The essay was originally delivered as an address at a 1963 symposium at which O’Connor was asked to respond to the question of how religion, defined vaguely as “man’s ultimate concern,” influences novel-writing.

O’Connor begins her talk by debating the definitions she was given. Admitting that she can “see the utility” in speaking of religion so generally in order to enlarge students’ ideas, she nevertheless observes that “there is always the danger that in trying to enlarge the ideas of students, we will evaporate them instead,” and “nothing in this world lends itself to quick vaporization so much as the religious concern.” It is simply the nature of language, reflecting the nature of reality, that the more generally one speaks, the less one actually communicates.

So O’Connor takes her stand for specificity, declaring, “For my part, I shall have to remain well within the Judaeo-Christian tradition. I shall have to speak, without apology, of the Church, even when the Church is absent; of Christ, even when Christ is not recognized.”

Indeed, it is the very thing that O’Connor has been asked to speak upon—her writing of novels—that grounds her apologetic for eschewing generality. In her words,

As a novelist, the major part of my task is to make everything, even an ultimate concern, as solid, as concrete, as specific as possible. The novelist begins his work where the human knowledge begins—with the senses; he works through the limitations of matter . . .

Now, this insight provides a valuable guide to the literary critic (or the literature teacher, or literature student, or literature enthusiast). It is this: We must begin with the “matter” of a story, not its “meaning”—for the meaning comes only in the matter, like the soul in the body and the grace in the sacrament.

Too often we reverse this pattern. When we set ourselves to “interpret” a novel, we tend to jump to what it means, usually expressed as a sort of lofty abstraction. We pronounce, for instance, that “A Midsummer Night’s Dream is about the way that, despite their appearance of lunacy, love and art operate by an intrinsic and unassailable reasoning.” But this entirely skips over what it says, which is more fundamental. A Midsummer Night’s Dream is about Hermia and Helena desperately, hilariously striving to win the love of Lysander and Demetrius, with Oberon and Titania and Puck and Bottom and Theseus and Hippolyta all throwing in their oars and their love potions, and readers must first live alongside these characters and their lives if they would later learn anything about love or madness or art. The first business of interpreting a novel is to experience its story, for any meaning it carries exists within and not apart from that, and can only be reached through it.

Similarly, if we set ourselves to write—perhaps not a novel, but any sort of narrative—we must go about it not by devising the meaning we want to say through it, but by summoning the characters and setting and story we want to tell. C.S. Lewis famously wrote The Lion, the Witch, and the Wardrobe because he had stuck in his head a picture of a lamppost in the middle of a forest; Tolkien scratched on a student’s exam, “In a hole in the ground their lived a hobbit,” and his story was born. The “ultimate reality” of a world in which the virtuous and the vicious battle on behalf of Goodness and Darkness, communicated so powerfully in these novels, comes to us in the “solid, concrete, specific” forms of Lucy and Edmund and the Lion and a step through a wardrobe, or through Bilbo and dwarves and the Mountains and Smaug—for “the novelist begins . . . with the senses; he works through the limitations of matter.”

Now, take the step from literature to life. If “beginning with the matter” is a founding principle of the storytelling craft, how does it set a trajectory for the daily calling of those whose lives are story-shaped?

We know the meaning we want our lives to communicate. The “ultimate reality” has been set—focused in He who, in the inimitable poetry of Colossians 1, is “the image of the invisible God, the firstborn of all creation . . . by [whom] all things were created, in heaven and on earth, visible and invisible . . . in [whom] all things consist.”

But sometimes, we find ourselves at loss to know how to bend our lives around that meaning. The sermon that seemed so pointed and pressing at church gets muddled on the way home, and we don’t know how it connects to dishes and laundry and lawn-mowing, lesson-planning and grading, working and childrearing.

The thing is, in that very confusion lies the joy of story-craft. Our lives must make that “ultimate reality” as “solid, concrete, and specific” as possible, to the level of cubicles and households and classrooms, because like all good stories our lives begin “where human knowledge begins—with the senses”; we work “through the limitations of matter.”

Thinking like a novelist, then, we’ll attend to the meaning by attending to setting, plot, and character. We won’t ask general questions like “What does Christ’s lordship mean for my life?”, but rather, “How, at this moment, could Christ’s lordship be communicated through the way I set the table for dinner?” (His person and reign are beautiful; set the table beautifully, with order and colors and flowers.) Not “How can I present the gospel to my coworker?”, but “What sort of character is my coworker—what are his quirks, his foibles, his virtues, his vices, his longings—and where among all this might he be met by Grace?” (For some characters, of O’Connor’s at least, Grace comes like a textbook hurled between the eyes or a serial killer’s gun in the face.) Not “How can we make Christ the center of our homeschool routine?”, but “How does the rhythm of our school-day sound out our dependence on the Lord?” (It’s a matter of actual spoken words and prayers and songs.)

And, as the best of stories testify, particularity breeds variety. Too often, we exhaust ourselves in devising the one way, the best way, to apply Scripture to schooling, to living, to any given profession. We have not learned the lesson of literature—that The Taming of the Shrew and Pride and Prejudice and Middlemarch and Jane Eyre and countless other stories give us a similar message about true love being a marriage of passion and propriety, but in narratives so delightfully different. Novelists have freedom to communicate the same ultimate realities in combinations of plots, characters, and settings so numerous as to seem infinite, and this is the beauty of the craft, the freshness in the meaning.

In the same way, we have the joyous freedom of delving into all the details of our storied lives and, like novelists, imbuing their matter with the meaning that shall finally shine through the whole. “Christ plays in ten thousand places”: novelist, teacher, laborer, mother, this gives to our calling its craft.