Snow Days and The Dominion Mandate 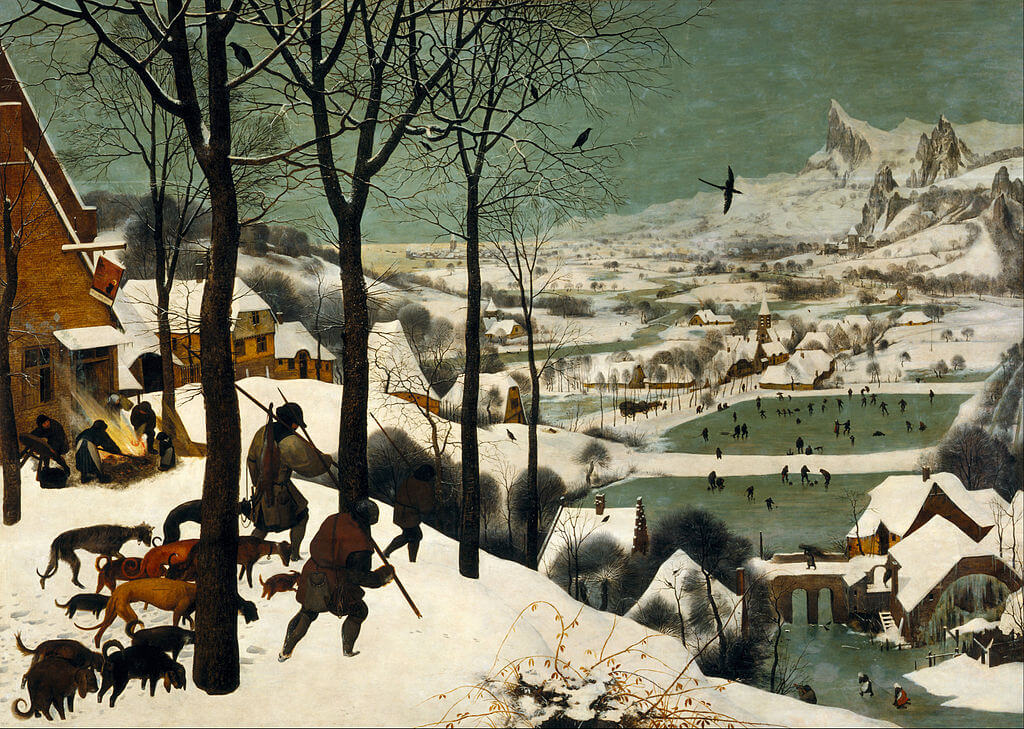 If you’re reading this article today, there’s a good chance you’re either at home on a snow day or just coming back to work after a snow day… or snow days. With the President’s Day holiday last Monday, I’m currently on a six day weekend. I won’t mince words. I enjoy an unexpected day off from work just as much as the next guy, and, at the same time, I am a teacher at a classical school because I think classical education is a good. A boon to society. A snow day mucks up the schedule of the year and impedes my goals. Sure, you get those days back at the end of the year, but unexpected days off from school run havoc on plans to complete this or that book by the end of the quarter. Your test and quiz schedules are fried. Students are at risk of losing momentum. The day you come back after an unexpected break is not likely to be a productive one. Everyone wants to talk about how they spent their time. Their minds aren’t on their studies.

Despite all this, I remain an enthusiastic fan of unexpected days off and mucked up schedules. Those derailed lesson plans and schedules and goals play a special role in a classical education. They restore our humility and remind us of our place in the cosmos.

If you’re teaching early Modern continental history, do yourself a favor and buy Peter Leithart’s Solomon Among the Postmoderns. I can think of no other book which does a better job of describing the rise of “the Modern condition” than this one. Leithart is a literary critic, an anthropologist and an theologian, though for my money, he performs no role better than that of historian. Put him up there with RA Markus and Peter Brown and let Solomon be his calling card in this regard.

In Solomon, Leithart describes how the Enlightened prejudice tends towards controlling the chaotic vapor of this life. Leithart centers on the “wind” often referenced in Ecclesiastes which most translators put down as “vanity.” Vanity of vanities, all is vanity, though Leithart suggests the better rendering of vanity is “wind” or “vapor.” Enlightenment sympathizers want to control the wind or vapor of life. Modern scientists want to control nature, the human body, time, and all those interminable forces which God has set in destructive motion within our lives. The Modern impulse is towards eliminating storms and diseases, fluctuations of emotion and sentiment, whatever is volatile about human life or Mother Nature. However, the prudent man surrenders to God any attempt to control the wind.

And yet, Scripture defies our impulse to control the world. In Ecclesiastes, Solomon observes, Generations come and generations go, but the earth remains forever. Man is transient, but the earth abides. To Adam, God says, “Be fruitful and increase in number; fill the earth and subdue it.” To Noah, God merely says, “Be fruitful and increase in number and fill the earth.” Why does God not reiterate the command to subdue the earth to Noah? Because Noah is subject to death, which means he cannot subdue the earth. The earth will always subdue man first. God has given the Earth to man, but man cannot subdue it, though he try. Man’s work on Earth is futility, vanity, vapor, and so Man’s thought rises above the Earth to the Heavens, where a different law and logic applies. After the Fall, the “dominion mandate” is taken from man and given to the Earth. Man is not the tutor of the Earth; the Earth is the tutor of Man. The Earth outlasts Man, bests Man, teaches Man, organizes the life of Man.

The snow day is a potent reminder of this. All the technology, all the mathematics and philosophy and gorgeous theology of man will not stop the snow and ice. We are subjects of the Earth, we are Her students. Our generations come and go and we learn to cross the Atlantic in a few hours, we learn to destroy cities in the blink of an eye, but a little precipitation will put a grinding halt to us all. And it should feel good to relinquish control, or the illusion of control. To renounce supremacy. To return the reins to God. In a sense, this is the heart and soul of classical education. Man has not set the rules which govern creation, nor is the government of Man the primal created government. The stars and angels were responsible for ordaining days and seasons before us; when Man governs, he governs in a pattern laid out by the celestials, not according to the consent of the governed.

The snow day takes us back to those days when Adam was instructed by Gabriel. Those days when the angels taught man to make fire and offer bread. Our rule pays homage to a greater rule. A classical education is an embrace of man’s limitations, a renunciation of control, a passive sublimity.

When you return to class, do not make up for lost time. Lose time. Surrender time. Time cannot be made. Man is not the lord of time and time is no commodity which can be created or destroyed. Your plans suffer. Your students suffer. You are born into trouble as the sparks fly upwards. The Earth wins. Kronos wins. You wait for the ageless age, and the humility of your stubborness for that age is the genuine Truth of this life.