Sin Is Inevitable, Righteousness Is Surprising 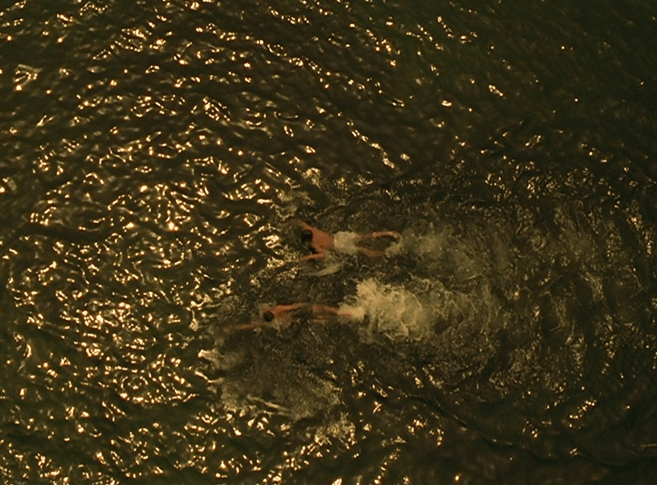 “One must never place a loaded rifle on the stage if it isn’t going to go off.”
-Anton Chekhov

The Tree of the Knowledge of Good and Evil seems a good bit like Chekhov’s proverbial gun. Who could blame the casual reader for finding Moses’s account of the Fall more than a little predictable? How was Adam not going to eat? Given the characters, their power, the rules, and the furniture, wasn’t sin inevitable?

In Book XII of the City of God, Augustine addresses this question in a roundabout manner. Adam made an evil choice, but evil choices proceed from evil wills, and yet Adam’s will was good. What was the efficient cause of Adam’s evil will, then? The question cannot be answered. “The truth is that one should not try to find an efficient cause for a wrong choice,” Augustine writes in XII.7, “It is not a matter of efficiency, but of deficiency; the evil will itself is not effective but defective.” Put another way, sin does not come from somewhere, but nowhere. Sin is sin precisely because it comes from nowhere. Adam did not sin for any reason; rather, sin is sin because it happens for no reason. Sin is arbitrary.

The arbitrariness of sin is a tawdry imitation of the surprising nature of righteousness. Virtue is surprising, vice is arbitrary. Seen from a distance, the Surprising and the Arbitrary might be confused for one another. At first blush, both seem to come from an indeterminate place. On closer investigation, the Surprising derives from the uncircumscribable nature of God, while the Arbitrary derives from nothingness. You see, Nothingness does a good impression of Everything. Nothingness is an ersatz Everything.

Surprise is the present, unrepeated and unrepeatable revelation of God. Surprise is the personhood of kairos. Infinitude is a property particular to the Divine; the eternal describes the finite experience of the Infinite. Human freedom is the created revelation of God’s Infinitude. Eternal life is eternal precisely because God is infinite; God dwells in unapproachable light, and yet eternal life is simply the approach unto the unapproachable. Because God cannot be circumvented, and because He is unapproachable, the finite experience of the infinite is surprising. Personhood is the right, free action of autonomy. Man’s ultimate autonomy is betokened in the unrepeatable quality of each human person. No man is like another because man is free. Every man’s distinction from the next is the revelation on a species level of what is true from one moment to the next on an individual level for each single person. Just as no person of the future may be predicted now, so no free action of a man in the future may be predicted now.

Sin is nothingness, a cancer, an emptiness, a naught; sin is the severance of body and soul, the severance of the material and the immaterial. God called order out of chaos. The creative act of God was the various impression of Himself on formless (unknown) substance. Materialism is the rejection of this Divine impression, a return to the chaos out of which God called creation. Inevitability is the root of all ugliness; surprise is the root of all beauty. The inevitable is what must happen, what will surely happen. The inevitable is a robbery of autonomy, a robbery of personhood. A man must sin. A man is free to be righteous, though. Every act of righteousness is surprising.

Those who have read the story of the fall of man in Genesis as a sadly predictable story are correct. How could Adam not eat the apple? Does the whole story not seem to funnel towards the Fall? Sin was inevitable. Sin had to happen. And yet, God does not decree what is inevitable. God did not create the world of necessity, but freely. He was not compelled to create, thus creation is surprising, not inevitable. The pursuit of God is no less free than the creation of man by God; the righteous life is shocking, the life of sin is compulsory, mandatory. God did not have to create the world, but did so regardless. In doing what He did not have to do, God established Reality as that which is opposed to Necessity.

If righteousness were predictable, eternal life would not be eternal. What ultimately separates one moment from another or one man from another, is the unpredictability of righteousness. Sin renders one man like another; the ultimate goal of Newspeak is a single moaned syllable, a crass imitation of the perfectly simple Word Whose literal meaning is the total value of all reality.

It is inevitable that a man will sin; man must sin. There is simply no other antecedent claim strong enough to set up the interrupting surprise of righteousness, of reality. Man must sin, and yet Job was righteous in his trial. It is absolutely necessary that a man must sin, and it is impossible for man to escape sin, and yet Christ did not sin and He was man. Man must sin, and yet man is genuinely free to be good. On a pastoral level, such metaphysics are simply psychological realism. The Devil knows our weakness and he attacks us in our weakness. He knows our besetting sin, the sin we fall to daily. The Devil comes to us and says, “I know you. I know what you always do. You know it, too. Let’s get it over with. There is no use struggling against it. Your sin is inevitable. You will now fall to lust as you have always done. It is what you are.” The Devil makes a good point.

A man awakes from his besetting sin with a profound feeling of impotence, remorse, revulsion, and shame. He feels remorse for the sin itself, and impotence for the fact he is powerless against it. He does not struggle against temptation, but lays down for temptation like an servile pet. He feels helpless, for in his remorse he has sworn to himself, “I will never do that again. When I next feel tempted to this sin, I need to recall this moment, here and now, wherein I feel utter and profound degradation. In the future, I must recall this… It is not worth it.” And yet, a day later, he will reinterpret the claim “It is not worth it” with a grain of salt. If he gave in to temptation full bore yesterday, he will only give in a little today. If he only gave in to temptation a little yesterday, he will give in full bore today. A man gets caught up in endlessly refining the conditions of his sin such that he will experience the most pleasure and the least revulsion and self-hatred. Either way, however, both experiences of sinful pleasure end in the same feeling of stupidity, powerlessness, slavery, and inevitability.

On those occasions in which a man overcomes his besetting sin, he feels the exhilaration of surprise. He has entered into the genuine freedom of righteousness and escaped the inevitability of sin. The inevitability of sin is rightly called slavery, for the life of a slave is beyond control, beyond freedom, beyond autonomy. Spiritual bondage is a rejection of surprise; slavery is a slow and unvaried trudge toward certain death. When righteousness breaks a man free from the jail of inevitability, however, he enters into the freedom with which God declared His glory in creation.

In my tenure as a teacher, precious little has aided my own struggle against sin quite like identifying the necessary, inevitable, and certain nature of sin. When God commands Adam to not do what is obvious, what is predictable, He reveals not only the surprising nature of human life, but the surprising nature of reality. Existence itself is constantly breaking open unto higher and higher reaches of the unknown and unapproachable. As an adult, I want a stable life, but my students desire excitement, thrills, denouement. The righteous life satisfies both the wants of the adult and the teenager, though, for the surprising life of righteousness is both stoically anchored to that which is unchanging, and unloosed unto the unknown.