Should I Pursue A Job In Classical Education? 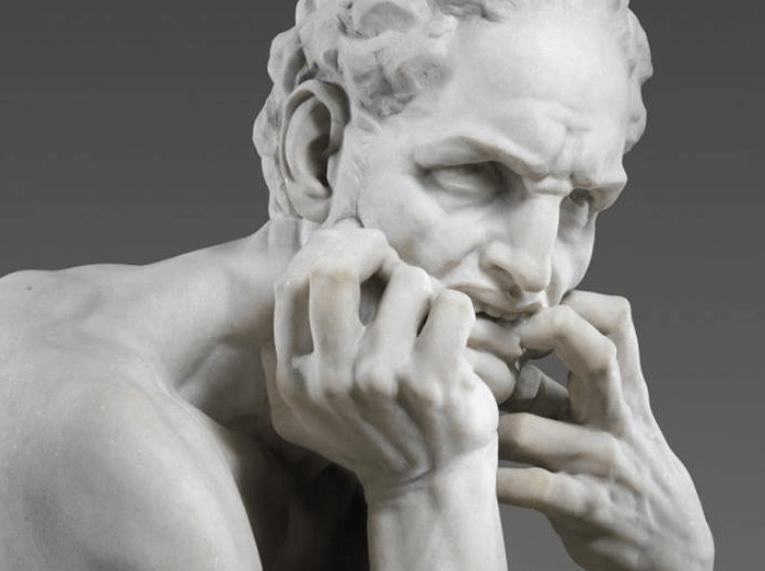 If a basketball club has great uniforms, an inspiring mascot, a kind-hearted owner, a wise coach, loyal fans, and a tastefully designed stadium, but the players cannot get the ball to go through the hoop, the team will not win any games. In the same way, a classical school has to have classically-minded teachers.

Don’t get me wrong: the administrators must be classically-minded, as well, and so should the staff, the student handbook, the school logo, the vision statement, the décor of the classrooms, the dress code policy, and so forth. Nonetheless, if all that is classical, but the theology teacher gives multiple choice tests on John Piper books published last and the lit teacher covers AP English practice exams, the students are not getting classical education. I say this not to aggrandize the role of the teacher, for the classical teacher is most certainly not acting alone, and unless a classical teacher is accountable to academic deans and principals and headmasters who are classically-minded, as well, he will do his students little good. Still, the classroom is where the classical rubber meets the road. If the teacher doesn’t know what classical education is, all the Latin taglines, chivalric honor codes, and Land’s End skirts in the world won’t help.

As classical Christian schools proliferate, more care must be taken in gatekeeping the classical angle of the school. There are many kind-hearted Christian people in this world who will enter the Kingdom of Heaven way ahead of myself, yet do not have a classical bone in their bodies and thus should not become classical educators. “Classical” is not simply code for “Republican.” While I believe very deeply in the classical project, let me say that there are many private Christian schools out there which have absolutely no interest in classicism, and I wish those schools well. I do not harbor some secret animosity toward such schools for robbing me of potential students, and neither do I believe that a Christian school is required to be classical in order to be truly Christian.

As such, the Christian who is considering a career in education needs to ask himself honestly whether he is better suited to a private Christian school or a classical Christian school. To this end, I offer the following series of reflections on personal convictions and personality traits which befit a man seeking a job as a classical educator.

1. A classical educator should like old things. He should prefer old books to new books, old movies to new movies, old morals to new morals. He should trust old things and have a prejudice in favor of traditional things as opposed to novel and innovative things. His preference for old things should be manifested in how he spends his money, his evenings, and where he goes to church. If a man speaks of “tradition” only when rolling his eyes and referencing “the traditions of men,” he does not belong in a classical school.

If he is high church but low classroom, he does not appreciate the sacred nature of education, and if he is low church but high classroom, he does not understand where the sacred nature of education comes from. The classroom is not a church, but the nearest analog to the classroom is the church nave, the nearest analog to the western canon is the canon of Scripture, and the nearest analog to the teacher is the priest. The tastes, opinions, and beliefs of a classical teacher should be highly dependent on his church. If a classical educator is more or less ambivalent about his church, he lacks the moral clout with which to insist his students care about the Western tradition. If a classical educator is neither particularly impressed with his church, nor in awe of his church, he will not zealously preach the Western tradition, but merely lay the Western tradition before his students like a buffet from which they are free to pick and choose according to whim and taste.

3. A classical educator should have a steel stomach. I can imagine someone saying, “You know what you need in order to be a classical educator? Patience.” While such a claim isn’t exactly false, patience strikes me as a quality which serves a man well in just about any career. However, a fellow working at Home Depot will likely never have to give anybody news worse than, “I’m sorry, but the sale on power drills ended yesterday, sir.” On the other hand, a classical educator will, from time to time, have to give people really bad news, like, “Your son is a slacker,” or, “Your daughter is a bully.” A classical educator needs to be a straight shooter and not someone who insists on burying potentially offensive comments beneath a mountain of specious, obfuscating praise. A classical educator should regard himself as something of a physician, and any doctor who refuses to tell a sick man he has stage 4 pancreatic cancer because he “wants to be patient with the sick man’s health” is not worthy of his profession.

4. A classical teacher should have a lot of common sense. I was never called to be a teacher. I fell into my career as a teacher quite unexpectedly and through experience, reflection, and trial and error, my abilities to lecture and lead discussions of great literature slowly improved. While many Christians now use the word “calling” as a euphemism for any job whatsoever, I have grown more and more uncomfortable with the term over the last ten years. Simply put, I don’t believe a man needs to feel called to be a teacher anymore than he needs to feel called to buy chuck roast when it is on sale. Teaching virtue requires an awful lot of common sense, a lot of proverbial wisdom, and an ability to judge what usually happens. Good teachers know how boys tend to behave, how girls tend to behave, how fathers tend to behave. This means a teacher must know what is typical, what is normal, what is natural, and so a teacher must see himself as a normal person, as well.

However, the man who dramatically insists he was “called to be a teacher” is far more likely to view himself as special, and the man who believes himself special tends to make a lot of dangerous exceptions for himself and those he is in charge of. Were I in the hiring position, I would be far more interested in a teaching candidate who said, “Educating children is dignified, honorable work and I want to be an honorable man,” than the man who said, “I feel called by God to teach children.” Feelings change.

5. A classical educator should remember his own adolescent years very clearly. This is simply another way of saying, “A classical educator must love his students.” Not everyone loves children. Not everyone loves teenagers. Not everyone pities teenagers, but a classical educator must love little children and pity teenagers, and the only way for a man to pity teenagers is for him to remember the existential confusion, hope, heartbreak, longing, and banality of his own teenage years. Remembering the life of the teenager is crucial to loving teenagers. If a man does not remember his own high school years, he will quickly become embittered against his students, for he will endlessly mutter and complain to himself about, “Kids these days…”

The love the teacher has for his students must not include flattery, for no man who wants to be thought cool is worthy of a classical school. The teacher should not try to impress his students with knowledge of slang, popular culture, memes, and so forth— and yet, this is not because he disdains his students, but because he disdains all those things which keep his students low. If the teacher merely aims at passing knowledge and facts on to students, he needs not love them, for passing on knowledge and facts is simply one side of a transaction, the other side of which is a paycheck. However, love is gladness at the very existence of another, and love is movement toward the beloved, which means that a classical educator should enjoy the company of teenagers.