Your own child spilled off the cliff of the Empyrean into this land of exile and shall someday return to the throne room of God. In what manner should they return? 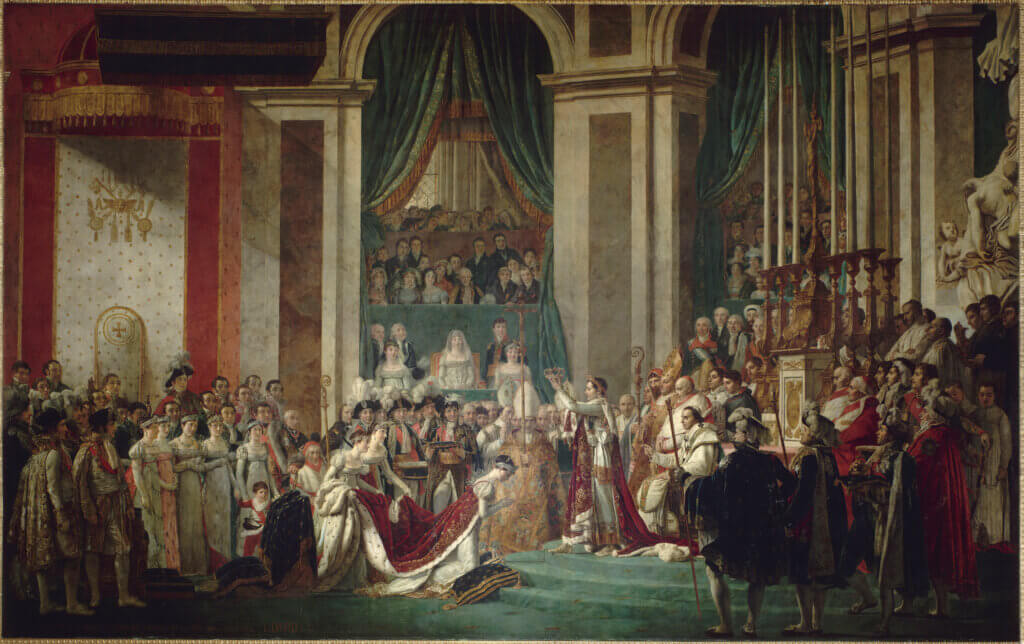 On a Friday night, a stranger knocks at your door and puts into your hands a newborn. The stranger says, “This child is fated to be president of this country in fifty years,” then the stranger runs away, vanishing into the night.

At the age of three, the child sees a “Looney Toons” show on television, though you have not shown him any such thing before. You wonder, “Is this the kind of thing I want forming the heart of the most powerful man in the world?” You turn off the television. When the child cries for a toy which has been stripped from his hands, you hesitate a moment before giving the toy back. Yes, you can give the toy back and spare yourself a splitting headache, but years on, will the world receive a leader who cannot counter the difficulty of austerity and asceticism? You deal with the screaming. For the sake of the world, you deal with the screaming. For the sake of just tribunals, you deal with the screaming.

At the age of four, the child lusts for every sparkling and glittering thing he sees in a mall. You decide the mall is too much… for the child to deal with? No, the mall is too much for the world. You find it hard to see the child as anything other than a fifty year old man, a man with missiles and nuclear submarines and trillions of dollars at his disposal. The child is a child and the child is not a child. The child is but a child and must be treated like an angel. The child is a man and must be treated like a monk, like an abbot. When the child lies, you correct world currency markets. When the child strikes a playmate, you cut off preemptive strikes and encourage leniency—the kind of leniency which spares the lives of women and children who know nothing of political science and prudence.

At the age of five, you weigh your options. You might send the child to the best school in town and eat less for the next twelve years, or you might educate the child yourself and spoil everything in the child which could rise like a seraphim to please a strange teacher. You might send the child off to doctors and philosophers, and the leader of the free world might know Latin and Greek and read Plato and Ptolemy and Euclid and Athanasius, or the leader of the free world might get a discount education or a free education and you could trust yourself to read good books with the child on the weekends, when you’re not too busy.

And on and on.

Your own child spilled off the cliff of the Empyrean into this land of exile and shall someday return to the throne room of God. In what manner should they return? What kind of upbringing is appropriate to kings and queens? Why are kings and queens given special treatment while young? And why should your own children not receive the same? Rulers must be “habituated to self-respect,” as Edmund Burke says in his Reflections, or else they have no sense of what might be lost if they fritter away their years.Too glibly we speak of “a child of promise.” If you knew your child would someday rule a nation, would you raise them differently? However you would raise a child to rule… this is how you must raise them anyway. The royal interest returned on an investment into the education of a king… it is yours for the taking. If you would not raise a queen on cartoons because you fear a zany crown, then neither raise your own child this way. If you would not raise a king who patronizes mediocre artists, then do not fill your home with mediocre art. What kind of table manners ought a queen have when dining with foreign dignitaries? Incline your own child to care about the polity of dinner.

In “Sin No More,” Rémi Brague suggests the universality of the command to keep the Sabbath points toward the aristocratic blood of all men. God commands that even strangers and foreigners and slaves be treated like gentry on the last day of the week. In the end, everyone is free. Everyone is folded into the leisure of the ruling class, because the privilege of the aristocracy is an icon of humanity, not an icon of wealth. For this, no matter how poor and powerless we are, we must crown our children early.