Prepare Him Room: Readings for Advent 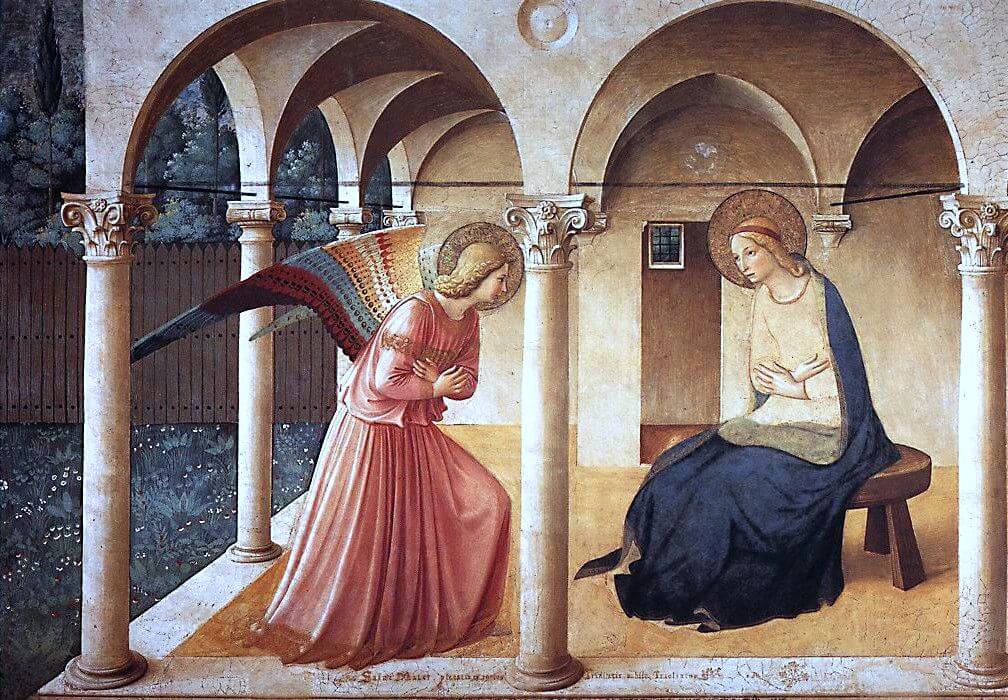 Nothing focuses my anticipation and sustains my contemplation so well throughout the Advent season as do daily readings. In keeping with traditions set by my family when I was little, I find that beginning or ending each day with a time to ponder the mysteries of the Incarnation binds all the other festivities of parties, music, festal foods, and flashy colors together into meaningful jubilation, when otherwise they would fall apart in overwrought frenzy. The books that follow are the ones I love to return to as December dawns each year, and taken together, they include both ancient and contemporary voices, visual and verbal richness, delight in holiday bustle and longing for holy-day contemplation; they help me to prepare room within my soul for the celebration of the birth of the One who found no room at the inn.

A beautiful retelling of the Nativity for both children and adults, The Glorious Impossible marries the imaginative vision and language of Madeleine L’Engle (author of A Wrinkle in Time) with early-Renaissance artist Giotto’s luminous Scrovegni Chapel frescoes. The harmony of L’Engle’s magical narrative and Giotto’s deep, soft hues and expressive figures draws all ages of readers into the Incarnation’s beauty and wonder.

My sisters and I looked forward to pulling this book out of the Christmas box every year for as long as we can remember—and still do. The Christmas story is retold in stirring narrative form, but with two surprises: the centerpiece of the Incarnation is set in its context from Creation to Resurrection, and the whole story is told in the voice of a grandmother speaking to a young boy who finds shelter in her mountain home on a blizzardy night. Both levels of the story are enlivened by mesmerizingly gorgeous illustrations. I still turn to this book when I need to be reawakened to the sweeping drama of redemption.

Though we enjoyed several different Advent devotionals over our growing-up years, this was the mainstay to which my family always returned with delight. For all thirty-one days of December, it presents a devotional, with topics including both the themes of the Advent wreath candles and meditations on Jesus’ life; a Christmas carol to sing together; activity ideas for parents and children; and—our favorite as little girls—a daily countdown featuring a full-page illustration of a Christmas tree with one ornament added each day. The book abounds with thoughtful details, like the conversational tone and the tiny illustrations inserted into the text. This volume captured our attention and kept it focused on the true trajectory of Advent throughout the whole busy Christmas season.

(I am familiar with the first edition from 1994, which, though it can be ordered on Amazon, is out of print; but there is also an revised edition from 2004 titled Just 25 Days ’Til Christmas.)

The slimness of this little book belies the weight of the thoughts it contains. The contents are organized thematically—“Waiting” for the first week of Advent, “Mystery” for the second, “Redemption” for the third, “Incarnation” for the fourth, and “Christmas and Epiphany” through the full sequence of Christmastide—and present daily selections from Bonhoeffer’s theological contemplations, complemented by a Scripture verse and shorter excerpt from his personal writing. Bonhoeffer brings to the truths of Christmas his unmatched ability to rehabilitate the wondrous reality of biblical doctrine within the materialist cynicism of the modern age. I know of no better, briefer volume to pierce through the distortions of commercialized Christmas to confront the soul. But a little taste is better than any other commentary:

“Celebrating Advent means being able to wait. Waiting is an art that our impatient age has forgotten. . . . For the greatest, most profound, tenderest things in the world, we must wait. It happens not here in a storm but according to the divine laws of sprouting, growing, and becoming.”

Theological Meditation: On the Incarnation, by Athanasius, introduction by C.S. Lewis

Of all that theologians have written on the event which G.K. Chesterton considered the grand hinge of history, nothing has replaced this fourth-century work of St. Athanasius. Though written to defend orthodox doctrine against Arian heresy, it reads more as an ode to the Incarnation than an apologetic argument; further, in both its style and content, it offers the profundity that is communicated best through simplicity. Athanasius matches theological reasoning with metaphorical imagery and worshipful prayer, presenting the Incarnation from an ancient perspective that, amusingly, is much fresher and livelier than most modern descriptions I have heard. And, as C.S. Lewis points out in his classic introduction, this work of theology is more devotional than much in the devotional genre. Again, a little taste:

“Since, then, human beings had become so irrational and demonic deceit was thus overshadowing every place and hiding the knowledge of the true God, what was God to do? . . . [I]t was not right that those who had once partaken of the image of God should be destroyed. What then was God to do? Or what should be done, except to renew again the ‘in the image,’ so that through it human beings would be able once again to know him? But how could this have occurred except by the coming of the very image of God, our Savior Jesus Christ?”

And lastly, do not forget CiRCE’s own Advent devotional, which was published just last year. Though I cannot give a recommendation based on growing up with it, it is on my list of highly anticipated new Advent readings to explore this year . . . not to mention, it probably needs no recommendation for all who are already here reading on the CiRCE blog.

Though, properly speaking, it’s still a month till we should wish one another a Merry Christmas, may we all begin a most joyous Advent this coming week.