A Poem for When the Right Thing Feels Insignificant 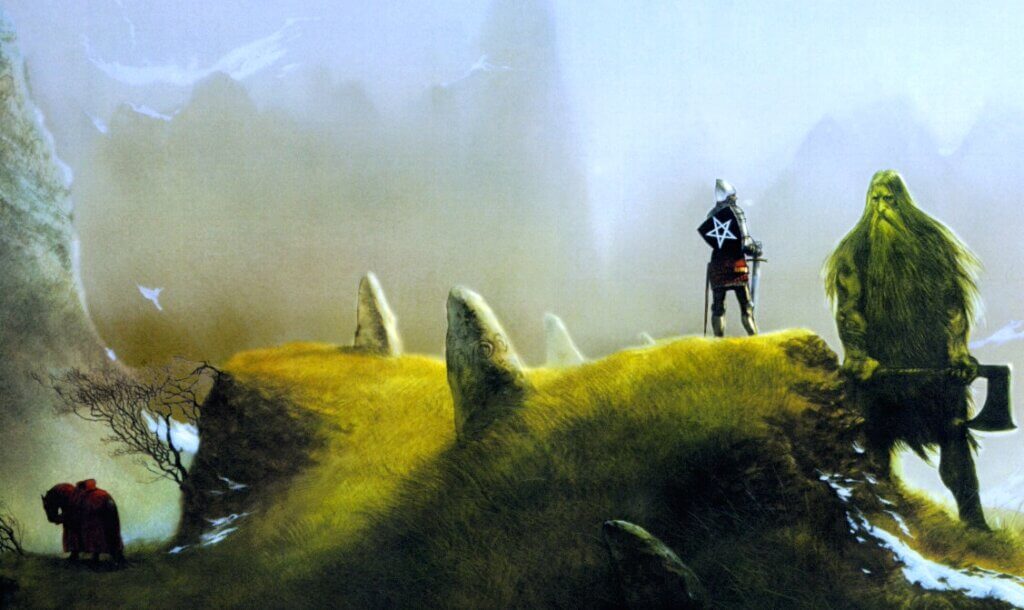 Sir Gawain and the Green Knight is one of my favorite poems, and every time I read it I love it even more.

It is filled with some twists and surprises that I won’t spoil for you if you haven’t read it, but one of the reasons that I love this poem is the way it explores the idea of temptation. Throughout the entire story, Gawain endures a variety of temptations, and the poem brings to light the fact that temptation is often so difficult to resist for the simple reason that it doesn’t seem like that big of a deal. If the stakes were high, if it were actually important or meaningful, we tell ourselves, we could (and would) do the right thing. But most of the time the temptations that we face just don’t seem that significant, and giving in seems like a harmless, inconsequential slip-up. To entertain a lustful thought, to relish a vain imagining . . . it seems like such a small thing.

I am reminded of a quote from another one of my favorites, Heart of Darkness:

“I have wrestled with death. It is the most unexciting contest you can imagine. It takes place in an impalpable grayness, with nothing underfoot, with nothing around, without spectators, without clamour, without glory, without a great desire of victory, without the great fear of defeat, in a sickly atmosphere of tepid skepticism, without much belief in your own right, and still less in that of your adversary . . . “

It also calls to mind the excellent insights given by the elder Zossima in Dostoyevsky’s The Brothers Karamazov:

“Love in dreams thirsts for immediate action, quickly performed, and with everyone watching. Indeed, it will go as far as the giving even of one’s life, provided it does not take long but is soon over, as on a stage, and everyone looking on and praising.”

The whole difficulty of doing the right thing, in many cases, is the fact that it seems insignificant. Those daily, small choices that no one sees can’t possibly matter that much, can they? But if there was an audience, if it was some heroic deed that needed doing, we would do it. Wouldn’t we?

I tried to articulate these ideas into a poem a few years back. I wrote it as an imitation, drawing from the opening lines of a poem written by W.H. Auden, combined with the alliterative style of the Gawain poem. Like Gawain, it is best read aloud.

About Temptation they were never wrong,
The Old Masters; how well they understood its human position;
How it takes place not amidst a crowd of cheering sympathies,
But in a desert, alone,
Where the sole sound is the echo of your own aching voice,
Bouncing back from the winding rock walls.
Take Sir Gawain and the Green Knight, for instance:
As good a tale as ever told
By the trusty truth-tellers,
The bards, and poets, of old.
How behind the ordinary is hidden the highest of heroism;
The thrill of the hunt, the barking, baying hounds
Howling after their fleet, four-footed prey,
Is but a joyous game, indeed, even a pleasant pastime.
How declining the sweet seduction of sin, not for dearth of desire,
But only for the love of his faithful Lord and liege,
Was the true test of Gawain’s fierce faith.
With knightly courtesy, and courage to match,
Gawain understood the power of deeds that are done
In the deep darkness, where the light doesn’t show;
When no one would notice, and no one would know.
That seemingly insignificant moment, marked with dismay
When the heralds’ horns of battle-cries blowing
Seem fading, faint and far away.