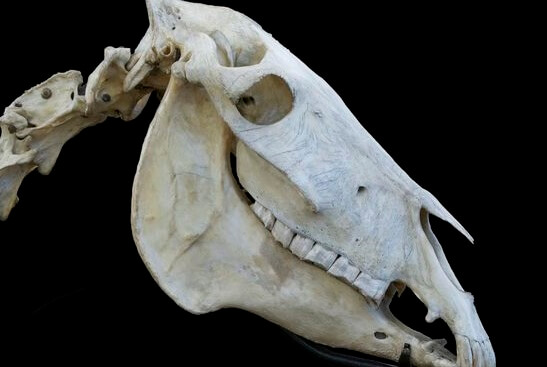 Jessie went to Rome with her girlfriends for a week and the drugs were good and there was a man she met named Paulo for two days. It all happened very fast. Little time was given to the usual things American tourists do in the Eternal City. They slept through the daylight hours, and at night the Pantheon, the Spanish Steps, and the Plaza Navona were all closed. Before going out for dinner, Jessie removed her blouse at the hotel swimming pool but an old man shouted at her until she put it back on. They ate salads which they could not distinguish from the salads in America. The others carried cheap, sweet schnapps around in their purses to save money at the clubs, but Jessie bought Campari and threw it away after she tasted it. The drugs were good, though, for two hours, and then they were not so good anymore. When her mind was clear enough for mathematics, Jessie added up the charges she had put on her credit cards in the last ten days and there was at least three thousand dollars. Perhaps more, she thought, if she included the Campari.

With an hour to kill before boarding the shuttle to the airport, Jessie wandered into the Saint Clement Basilica. As her eyes moved upward to the inaccessible beauty of the ceiling, her soul collapsed. Regret seized her heart into its heavy fist. She could not appreciate the Basilica, though she now desperately wanted to. The Basilica was written in an exotic language she could not speak, and up until this moment, every day of her life she had passed by the opportunity to begin learning this language. She had no mind, no intellect, no soul to speak of which she might offer the Basilica. On the way out, she passed an old priest who shuffled through the ornate doors.

“Wait!” she said to him, desperately holding up her hand.

He might have passed her by without looking into her eyes, but now he paused and searched her face. Finding she had no other way of expressing belief or hope or remorse, she stood close to the man and apologized for nothing in particular (and so everything), then kissed his cheek. She ran from the Basilica to her friends on the street outside, but said nothing to them of what she knew.

She had not lived her life as she should. If she did not die on the plane trip home, she would live her life differently. She would return to Rome, to the Basilica, in one year. In that year, she would become the kind of person who travelled to Rome just to see the churches and the art. She would live a Spartan life, pay off the debt she had amassed from the trip and save enough to pay for the next trip in cash. She would travel alone. Though somewhere within her, a voice suggested to her that she had forced the epiphany on herself.

“You’re not going to live your life differently,” said the little demon voice.

“I am. I want to live my life differently,” she replied.

The demon voice laughed a little and said, “No, you are angry at yourself for having spent three thousand dollars you did not have. In truth, Paulo was not much of a lover and you correctly suspect you have contracted herpes. You want the trip to have been worthwhile, though, and so you have told yourself that you experienced Enlightenment. Kissing the priest was nothing more than a physical token of the Enlightenment you wanted to give yourself, lest the Enlightenment not come with a good story. You have already begun planning how you will tell the story of kissing the priest and the extent to which you will embellish the story.”

But Jessie did not make it home as she planned. Her plane touched down in Washington, D.C. where she boarded a small regional jet for Hartford, but when landing in Hartford, the plane slid off the runway. Jessie had felt this way before. In Pinocchio, the original and brutal Italian novella by Carlo Collodi, the puppet runs from his father and is transformed, by witchcraft, into a speechless donkey. Much time passes while the donkey Pinocchio is abused by cruel men, then the donkey falls into an ocean and his flesh is devoured by piranhas. Somehow, Pinocchio the puppet emerges from the ocean. I don’t understand this at all, Jessie had said to her Italian literature teacher, although this was not entirely true. Something mysterious had transformed Pinocchio. It made sense he should suffer, but it also made sense that, having suffered, he should have another chance to be human. Strapped motionless to her seat in the crashed jet, the story of Pinocchio gripped her like an obnoxious tune she could not shake free of her ears. She saw the tooth-pecked clean skeleton of a donkey floating whole downward toward silt and a naked human being swimming upward, but she could not reconcile how or when the man escaped from the cage of bones. Was the man inside the donkey like Jonah was in the whale? No. The man and the donkey were one, but when the donkey died, the man became separate, released.

The donkey’s bones tumbled head over heels. Little ribbons of water held the bones in place so they did not all scatter in different directions. As Jessie watched the skeletal donkey fall, she became aware that someone else was watching the bones fall with her.

“It was good you read Pinocchio,” said the other.

Above their heads, which were not heads at all, the naked man emerged safely from the water.

“If you had not read Pinocchio, there would have been no way for me to speak to you now. I have nothing else from your life with which to speak to you. You should have stayed in the Basilica.”

Jessie said, “While I stood in the Basilica, I knew I should not leave. Something told me not to leave.”

“How does the man emerge from the donkey bones? I never understood how.”

“Let us wait. It is good you kissed the priest.”

“Were my reasons good?”

And the other held her hand while they watched the bones keep falling, deeper and deeper.