“An Out-of-Door Life for the Children”: Six Ideas from Charlotte Mason 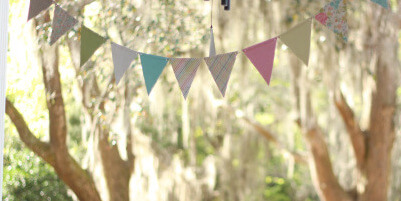 The beginning of springtime, when the fleeting beauty of the outdoors sometimes overshadows the perpetual urgency of lessons, is a good time to be reading Charlotte Mason, who insisted that time spent outside is integral to the child’s formation and education. Here are some of her ideas for creating an “out-of-door life for the children,” taken from her Home Education and flowing from her conviction that “[B]ody and soul, heart and mind, are nourished with food convenient for them when the children are let alone, let to live without friction and without stimulus amongst happy influences which incline them to be good.”

Taking Meals Outside — “On fine days when it is warm enough to sit out with wraps, why should not tea and breakfast, everything but a hot dinner, be served out of doors? For we are an overwrought generation, running to nerves as a cabbage runs to seed and every hour spent in the open is a clear gain, tending to the increase of brain power and bodily vigour, and to the lengthening of life itself. . . Besides, the gain of an hour or two in the open air, there is this to be considered: meals taken al fresco are usually joyous, and there is nothing like gladness for converting meat and drink into healthy blood and tissue. All the time, too, the children are storing up memories of a happy childhood. Fifty years hence they will see the shadows of the boughs making patterns on the white tablecloth; and sunshine, children’s laughter, hum of bees, and scent of flowers are being bottled up for after refreshment.”

Painting Memory-Pictures — The mother challenges the children, “Who can see the most, and tell the most, about yonder hillock or brook, hedge, or copse . . . Soon they are back, and there is a crowd of excited faces, and a hubbub of tongues and random observations are shot breathlessly into the mother’s ear. . . . This is all play to the children but the mother is doing invaluable work; she is training their powers of observation and expression, increasing their vocabulary and their range of ideas by giving them the name and the uses of an object at the right moment,—when they ask, ‘What is it?’ and ‘What is it for?’ And she is training her children in truthful habits, by making them careful to see the fact and to state it exactly without omission or exaggeration. . . and think what a delightful possession for old age and middle life is a series of pictures imaged, feature by feature, in the sunny glow of the child’s mind?”

Making Calendars — “It is a capital plan for the children to keep a calendar—the first oak-leaf, the first tadpole, the first cowslip, the first catkin, the first ripe blackberries, where seen, and when. The next year they will know when and where to look out for their favourites, and will, every year, be in a condition to add new observations. Think of the zest and interest, the object, which such a practice will give to daily walks and little exursions. There is hardly a day when some friend may not be expected to hold a first ‘At Home.’”

Arranging Collections — “To make collections of leaves and flowers, pressed and mounted, and arranged according to their form, affords much pleasure, and what is better, valuable training int he noticing of differences and resemblances. . . . The power to classify, discriminate, distinguish between things that differ, is among the highest faculties of the human intellect, and no opportunity to cultivate it should be let slip; but a classification got out of books, that the child does not make for himself, cultivates no power but that of verbal memory.”

Playing Games — “The afternoon’s games, after luncheon, are an important part of the day’s doings . . . the more they run, and shout, and toss their arms, the more healthful is the play.” Singing games, “races and chases, ‘tag,’ ‘follow my leader,’ and any romping game they may invent,” tree-climbing, “the hoop, the ball, the shuttlecock, and the invaluable skipping-rope,” even cricket, tennis, boating, and swimming are listed as invaluable ways to “[give] free harmonious play to the muscles” and “[bring] the children under the discipline of rules.”

Simply Seeing — “Watch a child standing at gaze at some sight new to him—a plough at work, for instance—and you will see he is as naturally occupied as is a babe at the breast; he is, in fact, taking in the intellectual food which the working faculty of his brain at this period requires. In his early years the child is all eyes; he observes, or more truly, he perceives, calling sight, touch, taste, smell, and hearing to his aid, that he may learn all that is discoverable by him about every new thing that comes under his notice. . . . Now is the storing time which should be spent in laying up images of things familiar. By-and-by he will have to conceive of things he has never seen: how can he do it except by comparison with things he has seen and knows? By-and-by he will be called upon to reflect, understand, reason; what material will he have, unless he has a magazine of facts to go upon?”