Only Sympathy Makes It Real: Anyone Can Write 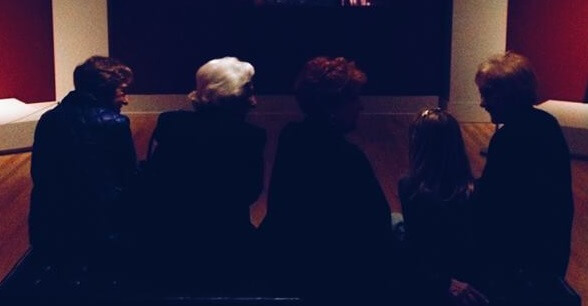 This must govern not only the way we interpret literature and film and music, but the creation and experience of all art and all life. When we read, we may say, “The apple is a symbol of sin,” or “The mirror is a symbol of vanity,” but we may not put the symbol on some ontologically lonely outpost away from the real business of being. Because of the Incarnation, the Vicarious is the Actual. There is nothing more real than the Vicarious.

Meaning cannot be assigned to images, objects, or words any more than nutritional value can be assigned to food. Nutrition can be discerned, but not given to food. In this sense, we may go beyond saying, “Meaning is objective.” A sacramental view of the cosmos requires us to say, “Meaning is an object.” These are lofty, esoteric claims, so I should like to bring them down to earth. It does not matter if a man knows where the tradition of the Christmas tree comes from; it is enough that he installs one in his home come December and decorates it. It does not matter if a man knows why lilies are symbols of purity; it is enough he bring them to his wife after she gives birth. It is enough he brings lilies to church on Easter. The man who eats candy canes has entered into Christmas itself. Intentionality is not required. The candy cane is no arbitrary symbol of Christmas; the candy cane is inseparable from its history, usage, creation, telos. The man who eats the candy cane, even if he eats it in ignorance, eats the telos of the candy cane. He gnaws on the meaning. He chews the history.

Ours is a crucified Lord and thus we live in a crucified cosmos, for in Him we live and move and have our being; all things are sacraments. This is not to say that all things are the flesh and blood of Christ. We simply must stand in defiance of the pagan concept of holiness. For the pagan, a sacred thing was sacred because the god was in it and not in other things. The holy places of Apollo were holy to Apollo because he came to those places and not to others.

Christians, on the other hand, serve an omnipresent God and thus must have an altogether different sense of the sacred. For the pagan, the sacredness of one thing stood against the profaneness of other things. For the Christian, the sacredness of one thing reveals the sacredness of all things. God is at all times, in all places, filling all things. Because finite creatures cannot comprehend His infinitude, He reveals Himself on this day, at this hour, in this bread, in this water… Where God condescends to our finitude in order to reveal Himself, these places we call sacred. God has promised to reveal Himself in particular things and at particular times, though He has not limited Himself to those things. It is easy to see where He has revealed Himself and hard to say where He has not revealed Himself. The omnipresence of God is a guarantee of the union between symbol and symbolized, for God Himself is the distance between the symbol and the symbolized. While “As Kingfishers Catch Fire” is best known for its second verse, the first verse trades in the theological claims which allow Christ to “play in ten thousand places”:

Each mortal thing does one thing and the same:

Deals out that being indoors each one dwells;

Selves — goes itself; myself it speaks and spells,

Crying Whát I dó is me: for that I came.

Only a sacramental cosmos, wherein the finite and the infinite are one, can sustain the claim that everything deals out its inward being. Hopkins here suggests that created things are like God inasmuch as they are what they have (“What I do is me”). The lily, the candy cane, and the kingfisher all deal out their “indoor…being,” which is their meaning, their significance, their spirit. Because we live in a sacramental cosmos, a man does need to have a proper Eucharistic theology in order to read, to create, to interpret. The secularist has not received the body and blood of Christ, but if he has tasted and listened and seen, he has partaken of the sacrament of being. The secularist is outside of Christ, perhaps even an enemy of Christ, but the love of Christ for His enemies involves them in His life whether they know it or not.

This should effect the way the teacher approaches interprets literature.

The literature teacher need not concern himself with discerning the symbols in a piece of literature. I have sometimes seen classical teachers who believe they are not teaching literature in a sufficiently intellectual, classical manner unless they are turning every literary snake into a devil. If the snake is a devil, it makes little difference to point it out. It is a devil whether the teacher says so or not. Telling the students what the symbols mean is a little like a man on a date saying, “Flowers are romantic” before handing over a bouquet. The snake has played the part of the devil in the imagination of the students. Besides, when the students hear that the snake is the devil, they will think it is no longer a snake; in a similar way, the bouquet of flowers is no longer romantic once the man points out how romantic they are.

When teaching any piece of literature, all the teacher must do is draw out sympathy for the characters. There is no more significant or important task than this. If the teacher draws out sympathy for the characters, the student will have vicariously participated in every symbol in the story from the inside and not from a distance. While the student may not be capable of lucidly explaining the symbol, he will have consumed the symbol and been consumed by it. In On The Incarnation, St. Athanasius writes that it was “unworthy of the goodness of God that creatures made by Him should be brought to nothing’; the sympathetic reader, like the sympathetic God, is not content to see fictitious characters languish in unreality, and accordingly incarnates (or perhaps “intextates”) himself in the story. As the pitying Word is made flesh to save man, the pitying reader makes himself word to save the characters. The “infinite condescension” (as Edwards puts it) of the Incarnation prompts the condescension of every compassionate interpretation. As the Incarnation joins Word and flesh, bridging the chasm between finite and infinite, so commiserate interpretation joins flesh (reader) and word (text), bridging a commensurate chasm. Sympathy is the quickening principle of all meaning. Again, St. Athanasius: “It was impossible, therefore, that God should leave man to be carried off by corruption, because it would be unfitting and unworthy of Himself.” Similarly, the good reader is vexed that the characters lack the higher enjoyment of being which he, the reader, has been given. The good reader cannot raise the characters up without humbling himself to the reality of the characters, so the good reader offers the text his own intellectual-spiritual surrender and loses himself to the story.

For this reason, the truest kind of reading produces a reader who becomes word, hears nothing, feels nothing around himself— a loud noise might take a reader out of the text as though out of an enigma, a trance, a Johanine vision.