A Philosophical Explanation For Why You Endlessly Scroll Through Netflix Options 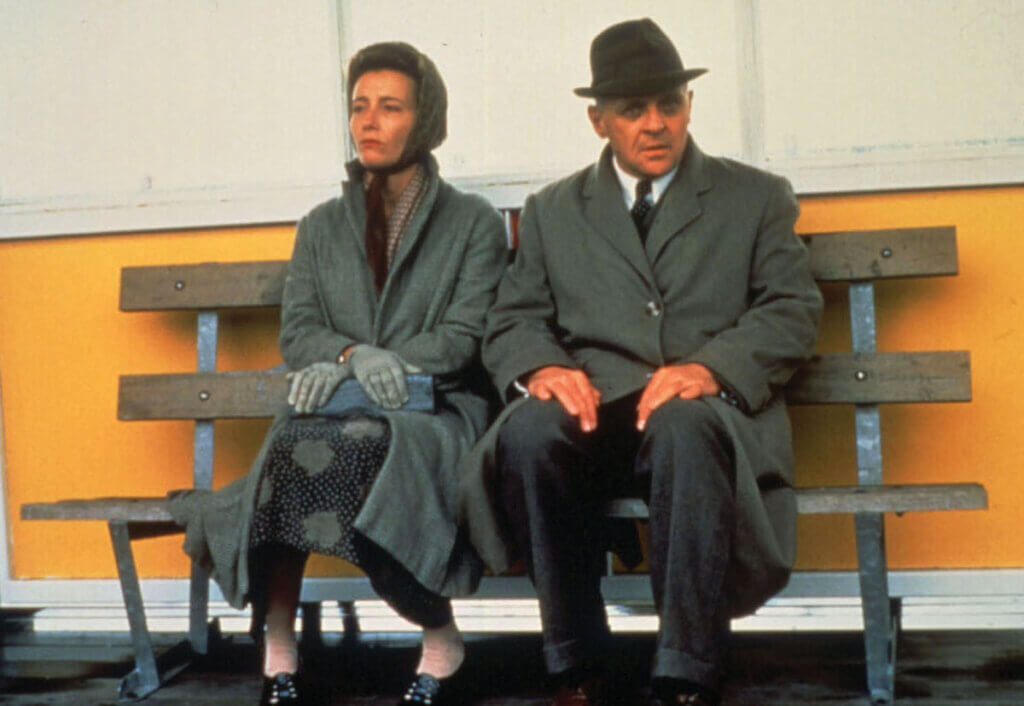 Given the way that Netflix organizes their films, I am far more likely— in this day and age— to think of The Remains of the Day as a 1940s-era period piece 90s movie adapted from a British novel than I am to think of it as merely, say, a drama. I can understand the difference of mood which makes a man prefer something tragic to something comic, which is how I used to differentiate movies twenty years ago when my friends and I were considering possibilities at Movieland on a Friday night. Now, the “action film” seems hopelessly vague.

Because Netflix has reduced films all the way down to the micro-genre, finding a movie to watch has become a more and more difficult prospect. Choosing a movie has become an act of self-identification. Given that films are now classified all the way down to the level of “quirky feel good LGBT romantic comedies,” the man who chooses a film is essentially choosing a self. Back in the era of the video store, a man had four or five genres to choose from, and he had to suit his own tastes to what was at hand. At Blockbuster, there wasn’t anything more specific than Comedy or Drama or Horror which a man could discover without reading the back of the box and spending the time to decide for himself what kind of a film he was holding. This led people to be far more liberal in deciding what to watch. The video-renter was far more apt to adjust his own desires to fit what was available. Granted, I still recall wandering the aisles of a video store for way too long trying to decide what to get, however, I always left the store with something. However, I regularly scroll through Netflix for better than half an hour before giving up in defeat. What’s more, the sheer presence of a video store creates an eminent demand for a man to choose. There is something humiliating about driving across town, parking, and walking around a store which invariably prompts a man to make a decision. An acute sense of moral failure attends the man walking out of a video store empty handed: Am I really so hard to please? However, spending an hour on Netflix scrolling through pages only to switch over to the news can feel like maturity: Ha! I’m not going to watching anything unless I really want to watch it. Consequently, I watch a much smaller variety of films now than I did twenty years ago. Every now and again, I am reminded of a film I watched long ago and I spend a moment thinking, “I’d never watch that film today,” simply because I wouldn’t condescend to watching a film which wasn’t exactly suited to the whims of my soul.

While the possibilities for movie-watching seem to have been widened, the micro-genre has made us far choosier about what we are willing to watch. Genres of film have proliferated in the same way genders have proliferated, and in the same way many people feel chagrined to merely be “male,” others want something far more particular than “an action movie” or a “a science-fiction film.” Our desires are fixed, firm, and given the endless number of films— all of which have been tweezered out into incredibly small and particular boxes— we should never have to settle for anything less than precisely what we want.

More than a thousand years ago the Roman philosopher Boethius described, with remarkable lucidity, the problem which now faces a man trying to choose a movie on Netflix. “He who has much, wants much,” says Lady Philosophy in Boethius’s Consolation. A man wants all that he has, for if he did not want it, why else would he go to the trouble of getting it and protecting it and putting it in boxes every time he changes addresses? A man’s wants expand with his acquisitions. Today, we have so many options (for films, especially), every choice we make is attended by the fear we have not chosen correctly, or that a better choice was only one click further than we were willing to go. We have endless options, therefor we want endless options. I drop out of movies far more quickly than I did twenty years ago. When I was in high school, I sat all the way through plenty of garbage, and while that’s no claim to fame, I think a man far better served enduring something unpleasant than refining his earthly wants down to such an edge that he is forever turning up his nose at his options. CS Lewis once suggested that the exclusive desire for a very particular cup of tea was no less gluttonous than the desire for fifty cups of tea. The enlarging of desire and the endless refining of desire are one and the same.

I believe it is for this reason that television shows have become increasingly popular with the rise of Netflix and Hulu and all the rest. The man who chooses a television show has saved himself the humiliation of looking for something to watch on such a regular basis. Commit to season one, episode one of Mad Men tonight and you will save yourself from looking for anything else to watch for at least a few months.

The solution to this problem is simply to let someone else decide what you ought to watch. Give your ability to choose over to an expert. Surrender your particular desire to the critics. Let someone else show you how to want. To this end, I offer a reputable list of sources to choose from should you be looking for something tonight:

The 50 Greatest Films of All Time