Man As Microcosm, Part Two: A Survey Of Sources 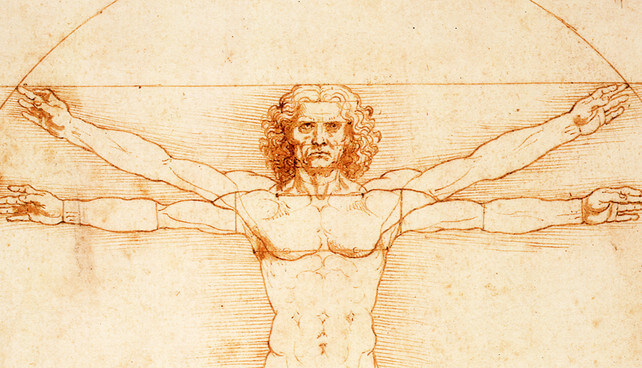 The idea that man is a microcosm is old enough to have gathered a diverse collection of interpretations (some pedestrian, some quite exotic) unto itself. In The Wisdom of the World, Remi Brague gives a survey of these interpretations, touching on ancient paganism, Greek philosophy, as well as Medieval Christian, Jewish and Muslim thinkers. For some, the microcosmic nature of man was a purely physical reality. For others, especially Medieval Jewish and Muslim philosophers, the microcosmic was an intellectual condition of rational man. For many Christians, to say that man was microcosmic was nothing more than a recognition that man must be good, as the heavens were a tutor in transcendent virtue.

Maimonides judged man microcosmic because of “the presence in man of an intelligence that communicates with that of The One who created the world” (The Wisdom of the World, p. 89). The sacredness of man is bound up in his special status of being a temple of God, a containment of the Uncontainable. The Uncontained God is the power which underwrites all reality, and as the house of such an Underwriter, man is “a little cosmos.”

Man contains within himself what he needs to know the entire universe. He constitutes a summary, a ‘magic mirror’ in which every reality can be known… Worldliness is so to speak inside of man. Thus a knowledge of oneself logically leads to knowledge of all things… the idea is found in… Joseph Ibn Saddiq, who interprets the famous verse Job 19:26- ‘from my flesh I shall see God’- in that sense. (p. 95)

Man is microcosmic in his capacity to know everything, though to take the idea a step further, we might say that the righteous are teleologically oriented towards universal knowledge. Such an idea calls us to clarify what we mean when we speak of God’s omniscience, which is often insufficiently explained to mean, “God knows everything.” The infinitude of God is hardly challenged by the suggestion that a human being could know every thing, for God does not simply know everything, He is the act of knowing. He is knowledge itself, beyond knowledge and transcending knowledge. A story from the Tamud describes an unborn child being taught the entire Torah before birth, but that an angel slaps the child on the mouth before birth causing the child to forget all. The Brethren of Purity, a sect of Muslim philosophers in the tenth century, expanded upon the Talmud and taught God “knew that the world is vast and great, and that man does not have the ability to go around the world and see it all, because of the brevity of his life and the vastness of the inhabited world, [so] He decided… to create for him a little world to reflect the great world. He thus included in the little world all there is in the big world, showed it to him and made it known to him.” (Wisdom, p. 95) And yet, there are perhaps more enticing explanations of man’s microcosmic nature elsewhere.

For Russian theologian Nikolai Berdyaev, the microcosmic quality of man is bound up in human personality.

Personality is a break through, a breaking in upon this world; it is the introduction of something new. Personality is not nature, it does not belong to the objective hierarchy of nature, as a subordinate part of it. Personality is a microcosm, a complete universe. It is personality alone that can bring together a universal content and be a potential universe in an individual form.

Berdyaev goes on argue that in the same way the Son is not part of the Trinity, no human personality is part of a whole.

Personality is the universal in an individually unrepeatable form. It is a union of the universal-infinite and the individual-particular… The personal in man is just that in him which he does not have in common with others, but in that which is not shared with others is included the potential of the universal… Personality cannot be recognized as an object, as one of the objects in a line… Personality is recognized only as a subject, in infinite subjectivity, in which is hidden the secret of existence… The secret of the existence of personality lies in its absolute irreplaceability, its happening but once, its uniqueness, its incomparableness. Everything individual is irreplaceable. (Slavery and Freedom, p. 22-23)

I suppose anyone who has ever sung “Let his memory be eternal” at a funeral has found himself suddenly at the very heart of Berdyaev’s claims. If the memory of the dead is not eternal, absolutely nothing can replace it. Something good has been lost forever. For this reason, Gregory of Nyssa suggests that Job’s children were brought back from the dead and restored to him after he conversed with God, not that new children were born to him. While Job’s monetary losses are compensated for doubly, he merely receives the same number of children in return. Two persons are not worth more than one person because personhood is simple, has no parts, and so there is not “more personhood” in two persons than one. In the same way, there is not “more divinity” in the Father and Son than there is in the Father considered by Himself.

Much of Berdyaev’s insistence on personality as microcosm is born out of his view of human freedom, which is guaranteed by God through personality. Berdyaev principally describes human freedom emerging from the independence of the personality from “the determinism of nature,” and by “determinism” I believe Berdyaev suggests objectivity, predictability and inevitability. The freedom of God is known in His act of creation, about which David Hart notes in an interview that God did not choose to make the sky blue, or grass green, as though God were a consumer, meandering through shelves of possibilities. Were such the model, God wouldn’t be freely expressing His person in nature, but would rather be limiting His personhood to a self, in the same way shoppers craft identities for themselves from the sales rack at the Gap. Worth quoting at length, Hart says:

God creates the world of Jesus, the world conformed to his infinite love for his Son in the joy and light of the Spirit; he thereby also wills his goodness in all his creatures infinitely, which is to say he wills this world for eternal union with him in love, and he wills that we should become partakers of the divine nature.

There is no other world that God might have created, not because he is bound by necessity, but because he is infinitely free, and so nothing can hinder him from expressing his essential and infinite goodness perfectly, in and through the freedom of creatures created to be the fellows of his eternal Son.

That may seem obscurely phrased — it is, I know — but if one thinks through what it means to understand God as the transcendent source of all being, one must abandon the notion that God chooses to create in the way that I choose to buy blue drapes rather than red. God creates a realm of rational freedom that allows for a union between Creator and creature that is properly analogous to the Trinity’s eternal union of love; or, stated otherwise, God creates his own image in his creatures, with all that that may entail. (Source)

The freedom and personhood of man is microcosmic, then, because “nothing can hinder [God] from expressing his essential and infinite goodness perfectly” in the cosmos. All this allows for a different perspective on what sometimes appears the Psalmist’s dismissal of man’s importance in Psalm 8.

When I look at your heavens, the work of your fingers, the moon and the stars, which you have set in place, what is man that you are mindful of him, and the son of man that you care for him? Yet you have made him a little lower than the heavenly beings and crowned him with glory and honor. You have given him dominion over the works of your hands; you have put all things under his feet…

At first glance, the question seems rhetorical. The moon and the stars are massive, but man is small. Why care about something small? However, God is in the business of exalting the miniscule and bringing to nothing the batholithic, which the Psalmist knows. A brief investigation into the question ensues… Why is God mindful of man? While the moon has been “set in place” above man, man has been “crowned,” and the works of God are “under [man’s] foot,” which suggests that no man can be under the foot of another man the way the rest of creation might be. In the same way a king is the embodiment of his nation, so King Adam and all his heirs are an embodiment of the cosmos.