Making Math Meaningful (or, Regrets of a Lit Major) 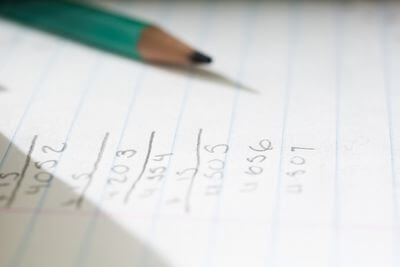 The only time I have ever been a consistent coffee-drinker was during high school, when a daily cup sustained me through hours spent hunched over my desk struggling through math homework. (Perhaps the resulting associations form part of the reason I have not been a coffee-drinker since.) Unlike my humanities studies, math never came easily for me; it was my homeschooling mother’s commitment to academic rigor rather than any personal motivation that ensured its prominent place in my curriculum each year until I graduated.

In my senior year, rather to my surprise, I scored a 5 on the AP calculus exam, and then eagerly applied that score to fulfill all required math credits in college. I packed my math textbooks away, misplaced my TI-83+, declared English Literature as my major, and resolved henceforth to do nothing more than basic grocery store computation.

For some time, I considered this a happily-ever-after ending to my mathematical autobiography. But over time, and especially as my convictions on classical education deepened, I began to reconsider. My education had taught me how to do math, but as I became familiar with the classical quadrivium’s esteem of number as the pinnacle of contemplation, I realized I had no grasp of the meaning of math—and that this was a grievous thing.

Now, sometimes, I daydream about re-starting college as a math major (and I recommend to all my college-bound students that they at least consider majoring or minoring in their academic weakness rather than, or in addition to, their strength), and then of becoming a math teacher, in order to share from the lectern what I did not find at my desk: the marvel of the meaning of math.

Though I still have not pulled out those textbooks, I have pondered, over the years, what missing pieces might have stirred an earlier math appreciation. Having no qualification, other than that of the frustrated student, here are three strands I wish had been part of my math studies—strands that, I believe, may have helped me not only understand math, but love it for the sake of its meaning, over against my struggles with its methods. For any math teachers whose class rosters include future “I’m a lit major so I don’t do numbers” folks, perhaps these strands might pull in your students, too.

Aesthetics – Up until the arts were re-conceived as self-expressive rather than imitative forms, they relied heavily on mathematics to define their standards of beauty, whether as proportion in visual arts or harmony in music. The questions aroused by an aesthetic consideration of math are fascinating. How do mathematics illuminate the nature of beauty? Why do professional mathematicians use aesthetic language to describe, and even aesthetic standards to evaluate, equations and theorems? How is math integral to our perception and analysis of beauty in music and art? Could the elusive universal/absolute/objective element of beauty be found in mathematics? An aesthetic consideration of mathematics honors its classical standing in the quadrivium alongside geometry and music.

Historical Narrative – It is commonplace to introduce new books in a literature class with some background about their author and time period, while, by contrast, new concepts in math are usually introduced as absolute, self-evident abstractions. This betrays our belief that literature, and all the humanities, are subjective, while math is objective. But math has a context as much as do the humanities. So what are the names, personalities, places behind the formulas? What was the historical, cultural, and ideological background of various mathematical discoveries? How have various mathematical models actually been tied to, and expressive of, varying philosophies? An historical consideration of mathematics honors classical education’s emphasis on the contextualization and integration of disciplines.

Number Symbolism – Strung all through Scripture is the assumption that numbers carry great symbolic weight—yet this obvious facet of divine revelation is completely ignored by modern Westerners, including most Christians. Number is equated to mere quantity, and the symbolic resonances that cannot be ignored are brushed over. Plenty of sermons acknowledge that “seven is Scripture’s number of completion”—but WHY is this so? How does threeness reverberate throughout a Trinitarian creation? Why do twelves recur so often in biblical narratives? Why are dimensions of buildings given in such painstaking detail? A symbolic consideration of mathematics honors divine revelation—the core of classical Christian education—and also prepares the student to encounter number symbolism in important thinkers from Pythagoras to Dante.