Losing The Argument Against Euthanasia

How suicide has quite reasonably supplanted virtue, and what we can do about it. 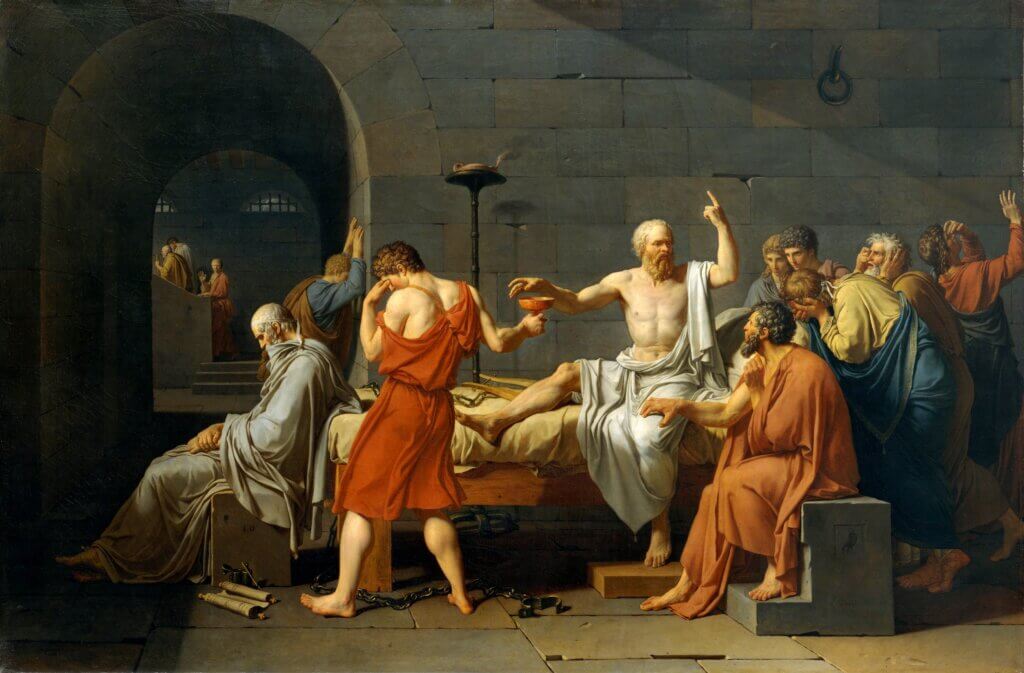 In The Abolition of Man, Lewis suggests that virtue is learned that we might control our appetites. We have a desire for food and sex and pleasure, and those desires need limitations or else we find ourselves ever-minded of earthly things and neverminded of heavenly things. Chastity gives shape to a man’s desire for sexual pleasure, courage sets boundaries on a man’s desire for physical safety. Of course, virtue is far more than this, but is it at least this.

In The Republic, Socrates teaches that the dictator (or rather, the man who governs his soul like a dictator governs his city) is the least happy of all men because his appetites have no boundaries. While a great many pleasurable things enter the body of a dictator, his lack of virtue keeps him from enjoying those things. The dictator becomes obsessed with seeking pleasure, but finds each new pleasure less and less satisfying. Why? Because every true desire seeks its own termination. Hunger is a desire for food; someone who is hungry does not want to be hungry, but to gain food that his hunger might abate.

For a glutton, eight plates of food at a buffet will not be enough, while a man with some self-control might have one large plate of food and be satisfied. While food can be pleasurable, it is only when hunger dies away that satisfaction is enjoyed. While the glutton has consumed more food, he has failed to enjoy the satisfaction that the man with a single, large helping can claim. Virtue is boundary, fence, limit, control. Virtue allows pleasures to be enjoyed; pleasure is not satisfying to those who lack virtue because they are never filled. For the man who lacks virtue, eating food does not diminish hunger. It doesn’t matter how much water you pour into a cup with no base, it all spills out the bottom. However, a small cup with a base will be satisfied with very little. Those who lack virtue are left frustrated, then, and perhaps confused. No matter how much pleasure they stuff into their bodies, they never enjoy a respite from their desires. For a man without virtue, the world seems hopelessly absurd. Nothing works.

If our world has truly rejected virtue to the extent Lewis describes in The Abolition of Man, it should come as no surprise to us that we have become increasingly comfortable with suicide. Wesley J Smith has written extensively for First Things in the last several years about America’s growing ease with euthanasia; suicide is now legal in four American states and stands to be the next great ethical frontier conquered by secularists. In many European nations, euthanasia is legally allowable for people in extreme physical or mental pain. A person need not be on the cusp of physically traumatic death in order for the state to allow suicide. Anxiety and depression are acceptable reasons to grant a person the right to end their own life, and to seek aid in doing so.

In a rather twisted sense, suicide seems to many an acceptable alternative to virtue. Virtue governs appetites for pleasure and comfort, but if virtue has been dismissed, something must exist which can put an end to the appetites. Suicide puts a sudden stop to the desire for food, the desire for pleasure and the desire for safety. If our desires cannot be fenced or conquered by reason or virtue or piety, and if those desires grow to such an extent they are painful to live with, terminating the body will suffice to be done with them.

If the body is treated as nothing more than a receptacle for pleasure, once that receptacle no longer has the capacity to hold pleasure, the purpose of the body has been spent. And if a man is nothing more than a body, the man who no longer enjoys the possibility of pleasure is no longer truly human. A man who is no longer truly human has no further use for his body, and thus suicide is merely ascent to that which nature has decreed.

People end their lives for a variety of reasons and the full spectrum of reasons has not been addressed here. At the same time, the legal right to suicide largely hangs on a rather simple, materialist account of the body. If Christians would wage a strong philosophical, intellectual and practical fight against legalized suicide and euthanasia, we would do well to teach the coming generation that virtue is what makes pleasure enjoyable— not merely teach them that pleasure is good and that they ought to seek it. Fighting the Gnostics is not enough.