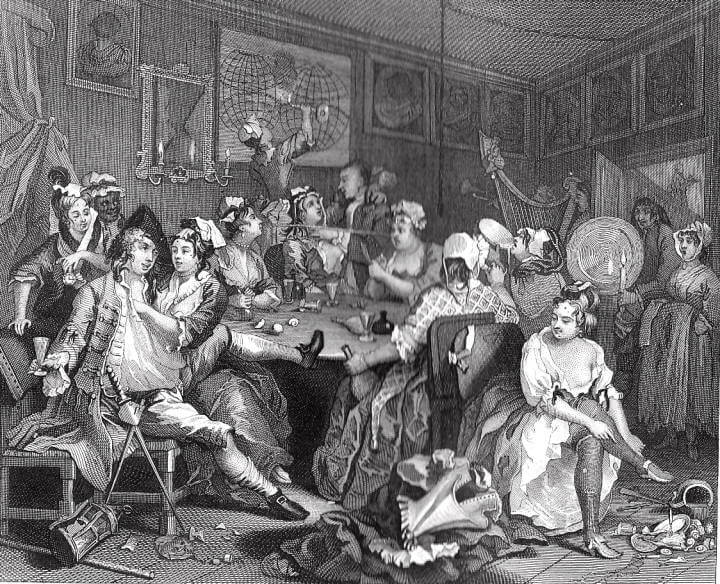 My students break the little rules. They do not like to tuck in their shirts. They are like pack-a-day smokers in class, their hands itching to untuck those shirts. They rush outside for lunch, untucking their shirts and sighing deeply as that untucked nicotine hits their blood. They try to get away with untucking their shirts in class, in the halls. When I tell them their shirts are untucked, they feign looks of surprise as they slowly crane their necks down towards their flapping hems, and say, “Oh, I didn’t know. How did that happen?” They then become detectives, replaying the last hour of their lives, trying to figure out how their shirts could have possibly become untucked. In brief, my students break the little rules and then lie about it. I do this, too. At times I do not believe Jesus is the actual hope of mankind. The real hope of mankind is this: I am going to break the rules and no one is going to notice. This is the maxim most people live by.

Most students are under the impression that something magical happens when a person turns eighteen and moves out on his own. Reading Scripture becomes suddenly interesting. Prayer begins to yield genuine results and is thus worth doing. Work becomes enjoyable. Telling the truth becomes easy. All of the juvenile tastes (Adam Sandler, Lil Wayne, Halo) which characterize youth are suddenly replaced by more mature tastes which the opposite sex finds attractive. The belief that responsibility comes easy in adulthood is not unique to our era. The New England Primer (1687) concludes with a short play entitled “Dialog between Christ, Youth, and the Devil” wherein Old Scratch is successfully employing the same lies he uses today:

Thou may be drunk,

and swear and curse,

And sinners think thee none the worse ;

At any time thon may’st repent,

‘Twill do when all thy days are spent.

As usual, the Devil is mostly right. You can sin all you want while young and repent on your deathbed, having enjoyed all the wine, women, and song as your miserable animated corpse can sustain. Teachers can fight the young man’s desire to be so miserable with the memento mori, as Christ does in the “Dialog,” and remind students that there is no guarantee of a tomorrow. When I preach to myself the memento mori works wonders, but this is because I already suffer sundry physical maladies. The young do not fear the Reaper, though, and I am not content I have ever actually prevailed against their bravado.

The great problem with the idea that a man can sin now and repent later, though, is the assumption that after devoting his life to vice a man will even want to repent. Most people enjoy things they are good at. If a young man becomes good at lying to his mother, he will take the skill of deceiving women into his marriage. If a young man develops the ability to escape responsibility in work at school, such prowess will serve him equally when he is employed as an adult. Classical music does not magically become interesting once you are old enough to vote. I never forced myself to listen to classical music when I was young, and now I must force myself to do it, for I am rarely willing to do it of my own accord. A man will not likely read more chapters of Scripture in the second half of his life than he read in the first half. “Every chapter of Scripture you read as an adult must be paid for. It must be paid for by reading a chapter of Scripture as a young man,” I tell students. “If you don’t read the Scriptures now, you won’t be able to read them when you’re older.”

The teacher of virtue needs to break through the student’s ingrained doubt that pursuing virtue while young is worthwhile. Teachers must dispel the satanic lie that goodness comes easy to the aged. On the one hand, tucking in your shirt doesn’t matter. If it is untucked, who cares? However, not untucking your shirt when you could get away with it is an investment into caring about petty rules. Obeying petty rules is an investment in obeying life-or-death rules. A man does not go to Heaven or Hell all at once, but bit by bit by bit.