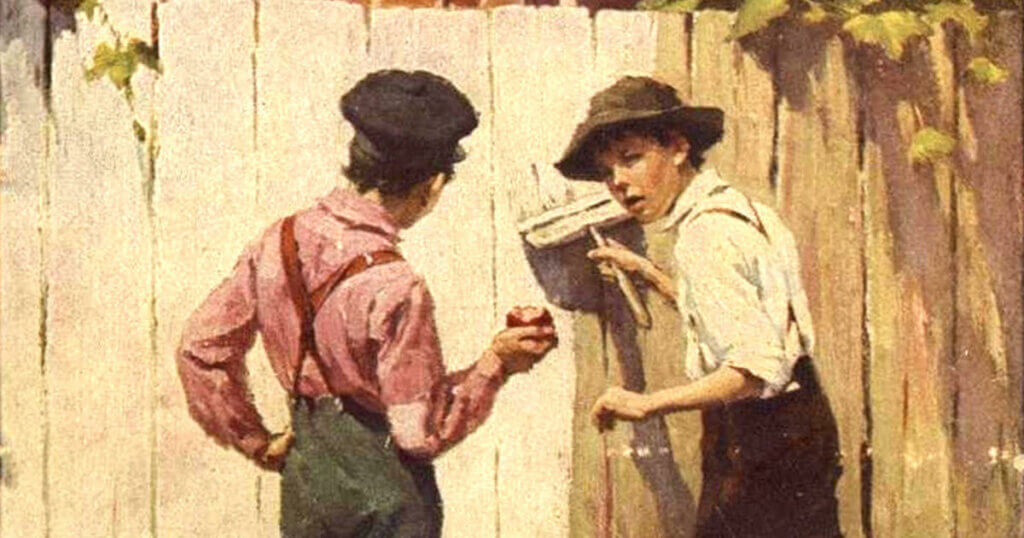 Iris Murdoch concludes her essay The Sublime and The Beautiful Revisited with an arresting metaphor: “a novel must be a house fit for free characters to live in; and to combine form with a respect for reality with all its odd contingent ways is the highest art of prose.” Within this metaphor, the novelist is a builder of houses, and she must be attentive to the needs of those persons who shall live within these houses. In similar fashion, once the house is built, the reader is then invited to be a guest, that is to say he is given the blessed opportunity to dwell for a time within the house and to love and befriend those who live therein.

Murdoch tells us that “in the case of the novel, the most important thing to be thus revealed…is that other people exist.”

In this regard, it is the essential role of the novel to “bear witness” to the real presence and importance of other persons. In keeping with the central metaphor of her paper, a house signals to all who see it that someone lives or has lived here, and the architectural design, color palette, and location can often hint at the kind of persons who live within.

For inasmuch as literature bears witness to the existence of people in all their contingency, it presents us with the sublime because people themselves are sublime

A book, too, signals certain things in its externality: its location on the bookshelf can communicate genre or age and its title and cover illustration tell us something about what to expect within its pages. Yet, the old adage still rings true that we ought not judge a book by its cover and we can no more know the characters that inhabit a novel by simply reading the back cover than we can know the people who dwell in a house by looking at its roof.

I believe that both the writer who is creating a work to bear witness and the reader who is attending to this witness should strive to develop the disposition described by Murdoch:

The man that I have in mind, faced by the manifold of humanity, may feel, as well as terror, delight, but not, if he really sees what is before him, superiority. He will suffer that undramatic, because un-self-centered, agnosticism which goes with tolerance. To understand other people is a task which does not come to an end.

The man who would understand must first see, in full humility, that his understanding of another person will never be “complete” in the manner in which one finishes solving a jigsaw puzzle and has no further need to attend to it. Every person is dynamic, meaning our understanding of persons, including our own self-knowledge, is something that can always deepen but never end. And this task of understanding others and also ourselves, Murdoch says, is a work of love.

For the novelist, this work of love requires “a real apprehension of persons other than the author as having a right to exist and to have a separate mode of being which is important and interesting to themselves.”

She further notes that what is far more difficult than evolving the form of a “satisfactory myth” is preventing that form from “becoming rigid” in a way that precludes “the free expansion…of the individual characters.” Instead of form restricting characters, Murdoch insists that “above all the contingency of the characters must be respected. Contingency must be defended for it is the essence of personality.” Writers know this to be true: the characters we breath life into take on a life of their own and as odd as it is to say, the more we grow as writers in our ability to craft characters, the less control we have over their contingency and the ways in which that contingency affects the plot. This contingency requires us as writers to be attentive to our own characters lest we write falsely by forcing them to act contrary to their natures.

For the reader, attending to the novel as the bearer of witness is also a work of love, and one glorious and terrible. For inasmuch as literature bears witness to the existence of people in all their contingency, it presents us with the sublime because people themselves are sublime. By sublime, I mean that “emotional experience resulting from the defeated yet invigorating attempt of reason to compass the boundlessness and formlessness of nature” wherein the reason demands but cannot receive a “total complete ordered picture.”

When reading a novel, we do not respond to stock characters, mere wooden stereotypes that do not take on flesh and blood. Instead, we are moved by characters that are complex, surprising, deeply human. And it is precisely those living characters whose joys bring us smiles and whose sorrow brings us tears. Murdoch pinpoints the source of so much basic human fear regarding relationship of any kind with another when she writes,“what is feared is history, real beings, and real change, whatever is contingent, messy, boundless, infinitely particular, and endlessly still to be explained.” I think it is fitting that Murdoch mentions terror, suffering, and fear because being vulnerable enough to love means that we will very likely be hurt, even and especially by those we love the most, including characters.

Murdoch’s metaphor of the novel as a house invites us as writers and readers into a deep intimacy with persons. I believe that it is the love of writer and reader which transforms these houses into homes. This work of love, though terrifyingly contingent, is also deeply human.

Anthony Barr, a homeschool graduate, is a student in the Templeton Honors College where he studies European History and Literature. He has written for Ethika Politika as well as Adorans - an undergraduate academic journal.