Liberalism And Conservatism Explained In Fables 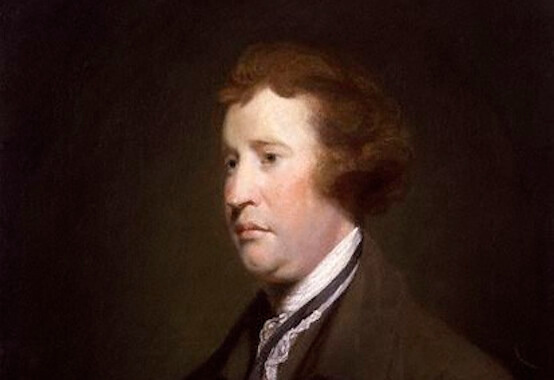 Liberalism and conservatism, explained in two fables I wrote for Jean-Jacques Rousseau and Edmund Burke

A Fable by Jean-Jacques Rousseau:

A Fable by Sir Edmund Burke:

Sarah helped her mother bake every family dinner, but she particularly relished Sunday afternoons, when they prepared a sweet and spicy ham, béchamel for new potatoes and an Agrigento salad. Sarah’s mother added clover honey to molasses and butter, which was generously rubbed over the whole ham, then the meat was scored vertically, horizontally and a whole clove was inserted into each intersection of the cuts. Sarah stroked a whole nutmeg pod along a microplaner and a fragrant snow drifted down into the creamy sauce which bubbled lazily in a shallow black pan. At the end of their preparations, though, and before Sarah’s mother put the ham in the oven, she cut off the small end of the ham and unceremoniously deposited it into the trash.

Sarah had grown up seeing her mother do this, week in and week out, so she never questioned why a good twelve ounces of perfectly good prepared meat need be lost for no apparent reason. However, one Sunday afternoon, when Sarah was about twelve, after she and her mother had finished preparing the ham, and Sarah’s mother was retrieving her largest knife from the knife block, Sarah asked, “Why do you always cut off the end of the ham?” Stunned, silent, reflective, her mother stared into Sarah’s eyes and responded, “My mother always cut off the end of the ham.” Sarah nodded, pensively. After a moment she asked, “Well, why did grandma cut off the end of the ham?” Her mother, aware Sarah would certainly ask the question even before she did, sighed before her daughter could finish asking. Finally she said, “Look, I don’t know.”

Sarah’s mother thought on the matter all afternoon and became increasingly agitated, even while Sarah, beloved Sarah, had asked a simple, albeit impossible question. Could she really call her mother to ask such a foolish question? Her mother would certainly ask about her health…

The question of the ham bothered Sarah’s mother throughout the week. On Friday afternoon she poured herself a healthy glass of petit syrah and placed the call, then listened to her mother yammer on ad nauseum about the doctor and her bridge game and the First Lady’s hairstylist, and it was only an hour later that Sarah’s mother suggested, “I’ll be making ham this Sunday, as usual…” and her mother had too much to say on this subject, as well, but finally Sarah’s mother asked, “Mother, why did you always cut the end of the ham when you baked it?” Her mother replied hastily, with no reflection on the question which had vexed Sarah’s mother all week, “Oh, I don’t know, it’s what your grandmother always did. Ask her.”

The grandmother was no pleasant soul, but soul was nearly all the crone had left. Bereft of hearing in her left ear, nearly deaf in her right, Sarah’s mother regarded her as a figure worthy of austere veneration, which meant she was never spoken to. The grandmother could speak on exceedingly trivial matters, and might lay down the phone for twenty minutes to feed her cat, but tell you, “It will only be a second” and not wait for your approval. The Sunday following the arrival of the Inquisition, Sarah’s mother made cod, and there were no ends to cut off and no pesky questions to answer of her daughter, though the girl asked about “brining the fish” and her mother pretended not to hear because she did not know the meaning of the word.

“Why did I cut it off?” she asked, although she yelled it, but friendly-like.

“You want to know why I cut off the end of the ham?” she yelled again.

Sarah’s mother slammed the phone down and began laughing. She poured herself a celebratory glass of petit syrah and called Sarah down. “I just spoke with you great grandmother,” she said, in an accusatory tone. “Yes?” said Sarah. “She told me why she cut off the end of the ham,” said Sarah’s mother, and she paused for dramatic effect, although Sarah was too shocked to register the ersatz drama her mother affected. “Why? Why?” asked Sarah pleadingly.

Sarah’s mother took a long draught and raised a finger as she swallowed luxuriously, sumptuously. “Because the end of the ham is poisoned,” she sang, then shook her head pathetically and began moving around the kitchen preparing to make the ham.

But in the particular reality of this story, which is a bit like your own, although not entirely like your own, the end of the ham did in fact contain a lethal quantity of poison— arsenic, actually— and so Sarah’s family all died that evening shortly after supper.