The Learning That Happens Despite Me

The biggest thing I learned about teaching in 2016 was to give thanks for the grace of learning that comes despite my failures. 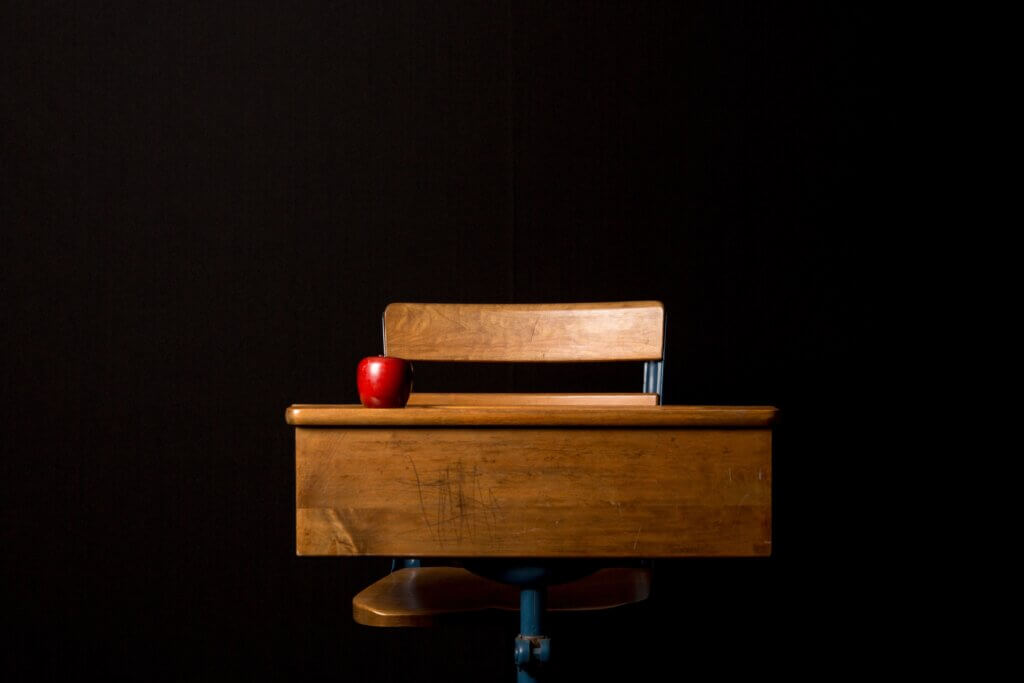 When the last student closed my classroom door after the final period on the concluding day of the school year this past May, and I was left in the room alone with the memories of all the people and conversations that had filled it for the past ten months, I knelt in the middle of the untidy tables and chairs, and felt overwhelmed by two things: my sins and God’s grace.

That posture and feeling comes to us more often in church than at school, perhaps, but in 2016, the biggest thing I learned at the lectern was the same I hear preached from the pulpit: that learning—like redemption, and like all good things upon this earth—comes by grace.

It was not a year of grand failures, but of small ones; small enough that my students probably haven’t even noticed them, but heavy enough to weigh on me at the ends of the past two semesters. Raised on the Westminster Catechism, my thoughts are still ordered by its categories, and so I count up my sins of commission (wrong things done) and omission (right things not done).

For commission: despite my desire to teach from rest, to nurture joy and wonder in learning, to create space for contemplation—despite knowing better—I assigned too much work. I labored to ensure that my assignments were not busywork and that each one would provide practice in what we were learning while also drawing out the students’ curiosity and creativity; but then, I just gave too many good assignments. And so too many of my students either gave up on completing all the assignments, missing the opportunity for practice, or else grew exhausted completing them all, missing the opportunity for curiosity and creativity. And I, fighting the horrible Hydra of grading stacks that would grow back as soon as I vanquished them, missed the opportunity to model for students the restful practice, wondering curiosity, and joyful creativity that I was asking of them.

For omission: this list stretches longer, for there is so much that I want to do as a teacher, that I feel I should do, and that I struggle to find the time and space to be able to do. There are things I have done, but have not done enough. I did not give enough instruction and modeling of assignments, leaving students confused about how to complete them. I did not give enough feedback, or precise enough feedback, or timely enough feedback. I did not seek enough opportunities, whether in class or out, to know each student, and so to know how and on what to focus our learning together. I was not diligent enough in addressing the spirit of complaining that spreads through a school year fast as a drop of food coloring in a glass of water. I did not stretch myself as a teacher, continually seeking for fresh ways to usher students into wonder, but to often fell back on the instructional modes and assignment patterns that come easily to me.

Goodness that meets you though you don’t deserve it, though you haven’t earned or produced it—isn’t that grace?

And yet. And yet, despite these feelings, so, so much goodness had flooded my little classroom. I did not kneel on the dirty classroom carpet because I could not stand under the weight of my sins. Instead, I knelt under a weight of joy and surprise at all the goodness that had still come—the skills students had sharpened, the ideas we had contemplated, the affection that had sprung up amongst us, the virtues in which we’d been strengthened, the moments of stillness when we’d met with wonder. Somehow, all this had piled up over against the failures I could list with such precision; I could hardly claim the credit for it, but wondered at it.

Goodness that meets you though you don’t deserve it, though you haven’t earned or produced it—isn’t that grace?

Most often we reserve that word for speaking of the goodness of salvation and sanctification and the other “-tions” of Paul’s epistles, and I surely am not arguing with that. But then do we think that we somehow deserve the myriad good things that meet us outside of these categories? The Westminster Catechism gives us a name for these, too: they’re gifts of “common grace”—common not because they are poor or mean or unwanted, but because they’re as abundant as sunrises and wildflowers and sleep and friendship and laughter.

And our response to the grace of learning must be like our response to the grace of salvation. Shall we continue in our sins of commission or omission, assigning too much work, staying stuck in our patterns, rushing through teaching tasks, because students will still learn despite our failings? As Paul himself says, by no means! No, for the response owed to grace is always the same: repentance of sin, by confessing particular sins particularly so that they can be known and turned from; rejection of despair, by resisting the temptation to give up under the burden of failure; and renewal in goodness, by making the changes and developing the disciplines needed to replace the sins with their opposing virtues.

The biggest thing I learned about teaching in 2016 was to give thanks for the grace of learning that comes despite my failures, and to respond to that grace with a repentant and renewed spirit.