Last Night An Essay Saved My Life: 8 Essays Everyone Should Read 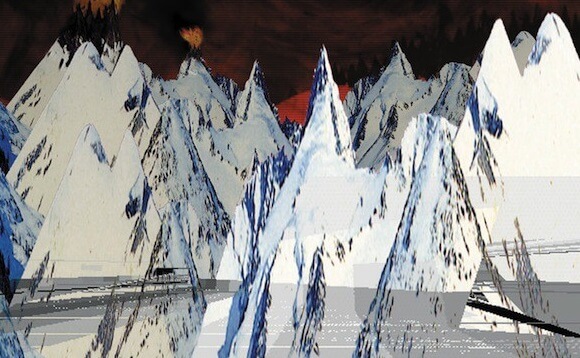 A selection of game-changing essays. Links are provided to full texts of each. I regularly use these essays in-class, and many of them are adaptable to studies of different eras, different disciplines… Hit the print button, copies for everyone, instant Friday.

Sin No More, Remi Brague: No contemporary political writer has done as much for me as Brague, although his position as a “political writer” needs some explanation. Brague is a Medievalist, a cosmologist, and from time to time he talks about freedom and responsibility. Without trying, his discussions of freedom invariably critique modern tendencies (left and right) toward libertinism. In “Sin No More,” Brague treats on Moses’ account of creation and fine nuances of the Decalogue to defend aristocratic government. Brague’s defense of aristocracy refines Edmund Burke. For Brague, a universal human aristocracy is revealed in the aristocratic privilege of a few men. While Burke’s defense of aristocracy is logical, Brague’s is metaphysical, theological, Biblical.

The Impossibility of Secular Society, Remi Brague: The flipside to “Sin No More.” Here, Brague questions the etymology of the word “secular,” and ultimately decides democratic government reduces society to a kind of game, thus stripping it of any moral authority or divine dignity. While most Americans assume a democratic form of government is only fair, Brague investigates the endlessly shifting popular desires to which democracy caters. Is nothing sacred? Not when the arbitrary will of the people is sacred, claims Brague.

Kid A, Brent DiCrescenzo: A review of the Radiohead record written for Pitchfork upon the album’s initial release in 2000. DiCrescenzo’s review is sometimes about the record, sometimes about the band, sometimes about an automobile accident the author suffered. This was the essay which convinced me that criticism and autobiography were not mutually exclusive. An impression of the record is created as opposed to an exact description. With claims Kid A is “an album of sparkling paradox,” and that hearing it out is “like witnessing the stillborn birth of a child while simultaneously having the opportunity to see her play in the afterlife on Imax,” DiCrescenzo is more interesting in fine tuning a desire to hear the album as opposed to explaining why it is “good” or “bad.”

Freedom and Decency, David Bentley Hart: “Things could conceivably be far worse” Hart reflects on the revelation of Janet Jackson’s nipple during the 2004 Super Bowl. After glossing the dicey, more satanic aspects of popular culture (including the forthrightly satanic Norwegian black metal scene), Hart wonders aloud about the American fear of censorship. He mocks the common conviction that “as a society, we are poised precariously upon the narrowest precipice of a sheer escarpment as smooth as glass, overlooking a vast chasm of totalitarian tyranny; so much as a single step towards censorship will send us hurtling into the abyss, and nothing will be able to stay our fall,” while essentially stumping for the same aristocratic oversight for which Brague also pines. In terms of linguistics and vocabulary, “Freedom and Decency” finds Hart midway between the Finnegan’s Wake-like esoterica of his early career and the eminent readability The Devil and Pierre Gernet. No 20th century literature class (and especially no teaching of Ray Bradbury’s atrocious Fahrenheit 451) is complete without this rejoinder.

The Sixth Borough, Jonathan Safran Foer: When viewed independently of the novel Extremely Loud & Incredibly Close, “The Sixth Borough” seems less like an atheist’s bedtime story (which, in the novel, it is) and more like a work of creative non-fiction fiction, so to speak. The essay proposes that, long ago, New York had a sixth borough which gradually floated away for no good reason at all. A good discussion of the essay will linger on the subject of intent until students understand it is about the World Trade Center attacks, though only in the most oblique way. Poetic, forlorn, the piece is ripe for teenage imitation.

Christ and Him Crucified, Peter Leithart: For several years I sat under Peter Leithart’s teaching while he was head pastor of Trinity Reformed Church in Moscow, Idaho. The majority of Leithart’s sermons were heavily noted, partially extemporaneous, systematic investigations of Old Testament books, though on major feast days, he composed entire sermons and read them word for word. These sermons were shorter, punchier, more like poems. “Christ and Him Crucified” is an elegant tracing of the wood of the Cross through the Old Testament, and while I have often heard good preaching, this sermon convinced me that beauty had a lot to offer theology.

Fighting the Noonday Devil, RR Reno: Reno’s account of acedia, the spiritual posture of sloth and ennui, feels like a new lease on life. Who could have guessed someone would dig all the way under the omnipresent modern condition, lift it out of the mire, and inspect it from all angles? Once you have heard a student of acedia describe it, a host of new possibilities open for the penitent. This essay turned me on to the real battle of the contemporary teacher, that which Lewis referred to as “irrigating deserts” of the spirit in The Abolition of Man.

Last Call, Larissa MacFarquhar: The story of a Buddhist monk at war with Japan’s shut-in culture, suicide culture, acedia culture. Ittetsu Nemoto leads suicidal Japanese through a pantomime of death at a temple out in the middle of nowhere. He calls his students to consider what it will be like to die, as well as what they would like to accomplish before they die. His exercises allow students to carefully think through death, and most emerge with newfound contentment with lives they were previously sick of. Many of the intellectual exercises Nemoto employs have become mainstays of the memento mori morality I commend while teaching Dante, Boethius, and the age of the martyrs.