Just Be Yourself: 7 Ways The Myers-Briggs Test Fails 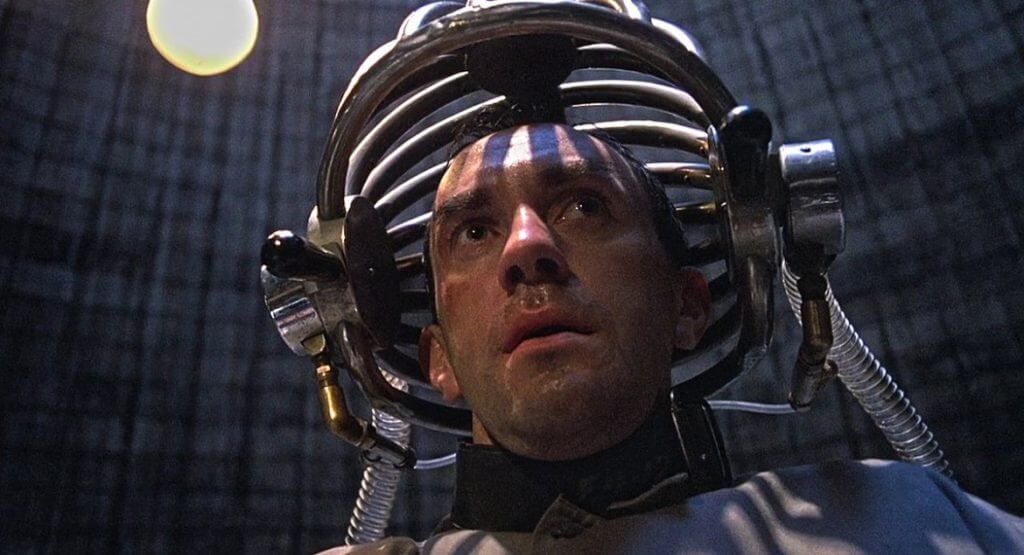 The classical tradition has much to say about the quest for self-knowledge. Nonetheless, I often hear classicists treat the self-knowledge offered by personality tests as an important and reliable development in the Western quest for self-knowledge. I cannot but resist. Few modern intellectual “disciplines” seem as flimsy, faddish, and prone to flattery as the current intrigue with categorizing personalities. That we might all disabuse ourselves of personality tests (and the shallow conception of personality which attends them), I offer the following seven theses:

1. Deep self-knowledge is not easy to come by

The self-knowledge offered by personality tests is an ancient prize Western man has been after for thousands of years. “Know thyself” is a proverb attributed to a dozen different sages, including Heraclitus, Socrates, and the Delphic oracle. Accordingly, the path to self-knowledge is difficult; so many great minds are not needed for instruction in an easy, straight forward task.

In the beginning of the Comedy, Dante has forgotten who he is and must traverse all of Hell to regain the self-knowledge necessary to submit himself to God. Likewise, when The Consolation begins, Lady Philosophy diagnoses Boethius with amnesia and the remainder of their conversation centers around the Lady reminding Boethius of his true identity. Both Dante and Boethius are confronted over and over again with their sins, their shortcomings, and their idiosyncrasies. Both are baffled, perplexed, and led horrifying close to the precipice of despair, and so they are both saved in the end.

All this to say, anyone educated in the tradition of Dante and Boethius will not take seriously the claim that a twenty-minute multiple choice test can grant real self-knowledge. The belief that genuine self-understanding comes by privately filling out a bureaucratic form, which is then submitted to a faceless authority, is nearly a satire of modern naivete.

2. Personality tests conceive of the self in shallow ways

I have taken personality tests many times, and when people ask me what I am, I tell them I am an SDET. Something Different Each Time. Because personality tests have no moral weight, and can offer no moral imperatives, test takers are at liberty to reconfigure their personalities as often as they like. More stable conceptions of human identities can offer moral imperatives, however. INTJ is a way of conceiving of your identity. However, Catholic, husband, and Republican are also ways of conceiving of identity, and these identities prescribe particular courses of action. If a married man is making time with another fellow’s wife, his friends might say, “You’re a married man. Act like it.” However, nobody can tell his lustful friend, “You’re an INTJ. Act like it.”

Over the course of the 20th century, Western men have conceived of human identity in increasingly shallow, ephemeral ways, however, most people tend to think it is better this way. A man may go from thinking of himself as a jock, a hippie, a freak, a goth, and a preppy, and each change in identity is attended by the purchase of new clothes, new books, new music, and new home décor. Such a view of identity offers the illusion of control, when all he is really doing is running from God. As soon as he really “becomes” one identity, he must assume another, for he is really nothing other than a fugitive who hides the barrenness and emptiness of his person under a series of distracting disguises.

Genuine identities resist façade and disguise, though, because they are attended by moral laws. A man becomes a real Catholic by assuming the practices and habits which other Catholics teach him. If a man refused to think of himself as an INTJ, he could devote his effort to becoming Christian, to becoming Catholic, to becoming a father, a son, a teacher. The role of Catholic and father are not really up for debate, and after either identity has been assumed, it cannot be escaped except by much consternation and lawlessness. A man cannot simply wake up one morning and tell his friends he is Catholic when he has, in fact, never been to mass. What is more, the Catholic identity is provable, verifiable.

However, no man can hold another man accountable for being an INTJ. Do don’t be an INTJ. Be a Catholic. Be a Presbyterian. Be a father.

The Myers-Briggs conception of personality has not brought the West to a more stable understanding of the self. In fact, the opposite is the case.

Having abandoned traditional identities like “father” or “Presbyterian,” we have sought out new ways to tie the self to something concrete, something knowable. “INTJ” and “ENFP” are simply the fake, choose-your-own-adventure versions of “father” and “Presbyterian,” however, personality types are identities which can be ignored or abandoned when they become inconvenient. The allegedly scientific basis of the Myers-Briggs is a gag suitable to the illusion of objectivity or transcendence. “Catholic” and “husband,” however, are annoyingly sticky identities which can be neglected or ignored for the moment, however, such neglect invariably leads to pain and vexation later on. Real identities and real self-knowledge come with a high price and with great obligations.

Once the concept of identity is separated from duty and morality, however, identities cannot but proliferate, because they are cheap. As identities become cheap, we cycle through them more rapidly, for the same reason that we cycle quickly through most cheap things. Costly identities last longer, though.

4. Personality tests have no moral weight

A personality test might be able to tell whether a test-taker is introverted, but it cannot tell the test-taker what he ought to be. Should the introvert make choices consistent with his introversion, or should he challenge his own introversion by taking a job as a bank teller or a birthday party clown? The online personality tests which have lately overrun our world typically conclude with results (“You are an INTJ”) and a brief catalog of successful people with the same personality (Einstein, Oprah), thus encouraging the test-taker to think of his personality as sufficient in itself.

Less savory historical figures with the same personality type (Joseph Stalin, John Wayne Gacy) are conveniently left out of the picture and the test-taker is left with the impression that simply “being himself” puts him in close connection with special, successful people. But if both Joseph Stalin (bad) and Elon Musk (good) are INTJs, what virtue is there in “being yourself”? We cannot praise Elon Musk for being an INTJ anymore than we can condemn Stalin for being an INTJ, though both men fulfilled their destinies by remaining true to their personalities.

For thousands of years now, there have been human beings who didn’t care much for a party. Calling them “introverts” clarifies nothing and requires absolutely no knowledge of the human psyche whatsoever. I am similarly incredulous when people say, “Did you know that tomatoes are actually fruit, not vegetables?” as though housewives and chefs have labored in ignorance for hundreds of years, but that scientists have lately freed them. Who empowered food scientists to determine what tomatoes actually are? Why do poets and restauranteurs not get to decide? And who empowered social scientists to determine that loudmouths are “actually extroverts” and that milquetoasts are “actually introverts”?

The Myers-Briggs test might be helpful in shuffling certain men toward certain lines of work. But while a man who is five feet tall might make a good jockey, plenty of people who are successful in their work nonetheless hate their lives and kill themselves. Anthony Bourdain was a very good food critic, and Kate Spade was a talented designer, but all the success in the world could not make either content with their own souls. Had Anthony Bourdain attempted a line of work in which he had no talent and no skill, he might be still be with us today.

Inasmuch as personality type can be easily changed, the Myers-Briggs is little more than a mood ring. Inasmuch as personality type cannot be changed, though, it is little different than astrology. The self is a Gordian knot which men have variously attempted to untangle with stars, phrenology, blood type, and the theory of humors. For the Christian, though, the self has always proven a foil for Christ. “He must increase, but I must decrease,” says St. John the Baptist upon seeing the Messiah. The typical personality test asks not that the test-taker decrease, but that he transform his self into an object of cult-like interest and devotion.

The most important self-knowledge a man can have, though, is knowledge of his own sins, for a man’s sins are all the ways in which he resists the increase of Christ. Know thyself. Read the Sermon on the Mount and get to know the log in your own eye. Bring to God a detailed map of all the places in your personality where you have resisted His reign. Know yourself as a sinner. Beg Christ to know you as one of the redeemed.