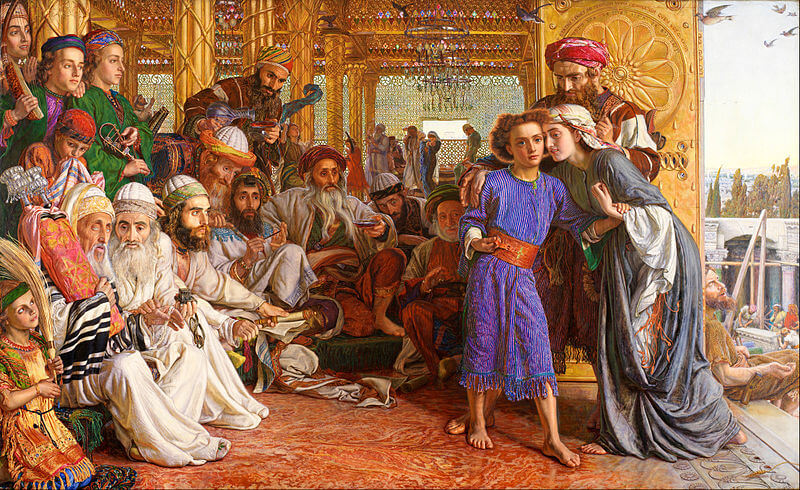 We have all witnessed the curious, silly, emotional roller coaster that is a “logic-stage” student. They can be so fun and so full of wonder, and yet so disobedient at the same time. One minute we are in awe of their thoughts and abilities and the next we are pulling our hair out in frustration.

But have you ever worshiped a logic student?

Scripture does not give us a step-by-step look at Jesus’s upbringing, but in Luke 2, we are presented with the most in-depth look at Jesus’s childhood in scripture. Jesus was 12 years old when He went to the temple seeking answers. He was a curious boy and had entered what some in the classical tradition call the Logic phase of His development. This would have put Him in modern-day sixth or seventh grade. Although scripture talks little about the days after Jesus’ birth, there are significant insights to glean from this account.

First, he was raised in a strong, Christian home. Mary and Joseph followed the law, worshiped God fervently, and migrated yearly to attend the religious festival holidays. It was on this trip that curiosity began to work its way through His heart and mind. Mary and Joseph had attended the festival and were headed back home. Like many parents, they assumed that their child was obediently following in their footsteps — they assumed He too, was heading back home. But His curiosity caused Him to stay behind in the temple to ask questions. Albeit a pure and godly motive, He neither thought of asking His parents for permission, nor of telling them what He was doing. A day into the long journey home, Mary realized that Jesus was not with them and she began to panic. They turned around and traveled back an entire day on foot to Jerusalem to find Him.

Imagine Mary’s fear. She had an entire day, walking on her feet, to think about what could have happened to Him. She must have had fifty scenarios milling around in her head. She probably didn’t know whether to be angry with Him or worried sick about Him. Sound familiar? Maybe He had been killed, kidnapped, or wandered so far He would never be found. Even in simpler days, with smaller geographical areas, it’s a parent’s worst fear.

It is interesting to note that when Mary and Joseph finally found Jesus, Mary expressed her disdain and fear for Jesus’s actions and said, “Jesus, why have you caused your mother so much pain?” Her reaction was remarkably more calm than mine would have been. But Jesus’s response was not as you might think. He didn’t make excuses or argue with His mother. He very politely and calmly said, “Did you not know that I was in my Father’s house?” A typical parent would have said something like “No! I didn’t, Mister, and you are going to get it when we get home!” But Mary knew at that moment that Jesus understood where He came from and Who He belonged to. And Mary’s mouth was silenced.

Secondly, note Jesus’s curiosity for information, understanding, wisdom, and knowledge. He is only 12 years old at this time; most parents in our culture today describe their 12-year-old boys as knuckleheads and squirrely twerps — like dogs being distracted by every squirrel that comes in sight. We do our logic students a disservice when we fail to recognize their desire for wisdom and understanding. Imagine how many times Jesus might have asked the priest “why” this or “why” that. It was innate in His being, just as it is in our students. I wonder how many teachers see their students as young Jesuses walking from classroom to classroom seeking answers to their inquisitive questions instead of irresponsible, loud, unruly children who need to grow up?

In the end, Jesus returned home in compliance with His parents wishes. He had received the answers to His questions and was satisfied with the knowledge and understanding He garnered. And so it is true with modern day Logic students. At the heart of the Logic
phase is the deep desire for independence, the logical understanding (“why”), and the security and contentment of knowing those who are in authority over the students have their best interests at heart — that they can dwell safely and securely in their provision there.

Once Jesus returned home, we can only assume that He continued to ask questions, and continued to grow emotionally, spiritually, and physically. He began to put His rhetoric to good use in gaining trade skills and developing relationships with the people He lived with until His earthly ministry began at age 30. You can see how He followed the same path that classical education provides for our students. The end result was His ability to see the world aright, to engage in the culture around Him, and to seek wisdom and truth; to not only order His loves so that He might be a lifetime learner, but also that He might serve and love people.

It is clear from this small glimpse into a short phase of Jesus’s life that His 12-year-old curiosity and wonder taught Him to order His loves and craft his habits properly. He matured and flourished as a result of seeking wisdom, living in obedience, and ordering His loves.

Jesus the student is not only a wonderful example for us as we seek to educate our own students, but He is a reminder that there are students before us at every turn that we must seek to develop into modern-day, living models of Jesus.

Jon Buell is a designer in Dallas, Texas and owns a design boutique that specializes in graphic design, stained glass windows, furniture design, and architectural/interior design consulting. He formerly served on the board at The Covenant School, in Dallas, Texas. He and his wife of twenty years have four children who attend Covenant. He is passionate about classical education and feels called to create beauty wherever the Lord leads. You can contact Jon at 214.317.1878 or jon@buelldesign.com.