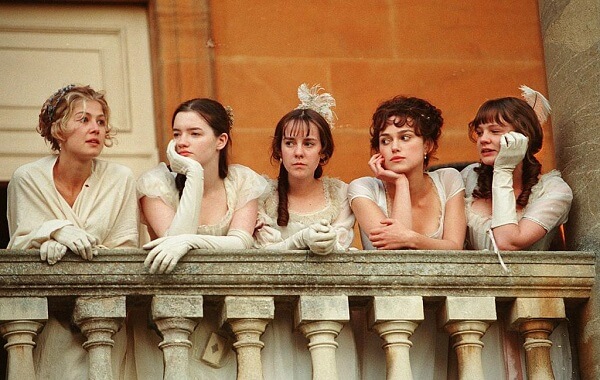 An awful lot of classic literature is concerned with “first world problems.” To illustrate this point, I’ve reduced most Jane Austen novels to a single meme:

I have also simmered Tolstoy’s “The Death of Ivan Ilyich” down to this pungent little sauce:

My contention with “first world problems” (the meme, the Facebook comment) as a critique of first world problems is that heaven and hell are actually on the line. “First world problems” tends to present the world as a place chiefly concerned with the physical and the material. “First world problems” often means, “You have food and do not fear guerillas kicking in your door, so quit whining.” However, the people who suffer from “first world problems” are tempted in genuine ways. The devil has not told his legions of angels, “Oh, don’t bother with the Americans. They’re rich and so their souls are safe.” The “first world problem” is a genuine problem not because we really and desperately need rice flour and the latest iPhone, but because the human soul is capable of corruption over the most trivial of things. Some of the greatest literature in the canon concerns some poor sap slowly losing his soul over “first world problems.” Tolstoy’s Ivan Ilyich is a respectable man, loyal to his wife and not undignified, who allows himself to be nearly dragged down into hell over the trivial issue of furniture and a few hundred dollars of salary. Scripture is similarly filled with men who tempt Sheol over a handful of coins, a girl, a hasty promise, the want to not be embarrassed at a birthday party.

“First world problems” might be capable of identifying this or that temptation to pettiness, but it offers little spiritual guidance in overcoming anything. Further, “first world problems” resists the psychological complexity of the human being. “First world problems” assumes that the real problems of the world involve guns, rape, starvation, famine, and that anything less extreme than these is not worth dealing with patiently and realistically, but needs to be backhanded off the table with “Give me a break!” But the devil didn’t first go after mankind by inciting desperadoes to a grisly R-rated rebellion, but by enticing a king and queen who lived in a terrestrial paradise to nibble a forbidden snack. Auschwitz came from such humble beginnings. First world problems, indeed.

As a teacher who regularly encounters students tempted to despair because of bad grades, bad transcripts, rejection letters from expensive colleges, broken hearts, disappointed parents, poor sports performances, I find the “first world problems” critique a dehumanizing approach to the difficulties which attend living in community. No matter what stage of life a man finds himself in, he will always be tempted to believe it is the most difficult and make as though everyone else has it easy. The married man with kids is tempted to say to the married man with no kids, “Just you wait. You’ve got it easy. What comes next is hard.” The married man is tempted to say to the engaged man, “Just you wait.” The engaged man is tempted to say to the dating man, “Just you wait.” I counsel and encourage teenagers who have teenage problems. Because Satan will use any available means to persuade one human being to despise another, he regularly whispers to me, “Your students don’t have real problems. They aren’t in the real world,” because once you have dismissed a man’s struggles, you have dismissed him entirely, and if a teacher does not love and pity his students, he has no reason to reveal God to them.