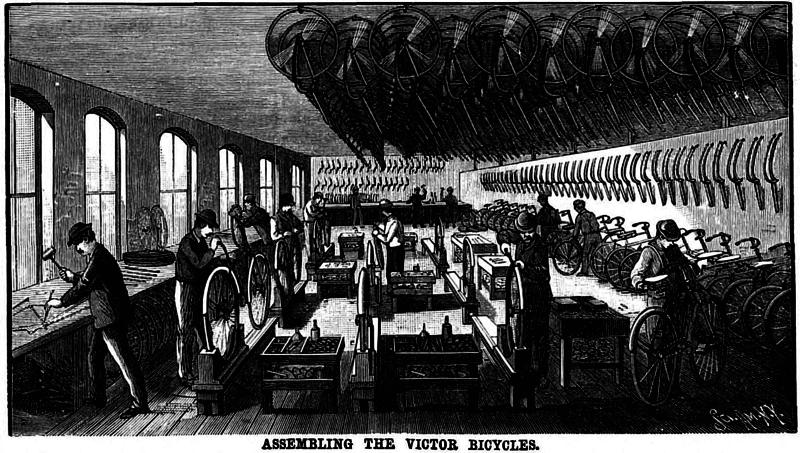 I grew up, and learned a little more, and explained it to myself this way. “Holiday” comes from holy-day—a medieval marriage of two strong Anglo-Saxon words, one from the realm of the sacred set-apart, the other from the world of the blessed ordinary, which together measure twenty-four hours given over to heavenly worship and earthy celebration. To go on holiday, then, carries connotations of feast and festival, reverence and play, heaven and earth.

Contrast this with “vacation.” Derived from the Latin vacare—to be empty, idle, unoccupied—the word is hollow, negative. It connotes that we’ve emptied the calendar out, but gives no indication of what has filled it instead; in fact, if you squint too hard and think a little too morosely, it might taunt you with the idea that you haven’t filled it with anything worthwhile at all.

Our struggle to make “time off” a time of flourishing instead of festering, holiday instead of vacation, is a modern twist on the classical pursuit of leisure. For the ancients (especially as articulated by Aristotle), leisure time was time in which humans could freely pursue those things that make them human, that set them apart from the beasts: art, music, poetry, sport, fellowship, contemplation, worship. Leisure for them was not the whole of life, but it was the goal of life.

Yet many obstacles stand in the way of attaining leisure. Some of these may be circumstantial—a lack of basic necessities, an all-consuming job. The greatest obstacles, however, exist in our own souls: laziness, acedia, inability to love the good, lack of will to pursue it.

I recently read a passage that eloquently sums up the circumstantial obstacles to leisure raised by industrialism. It’s from I’ll Take My Stand: The South and the Agrarian Tradition, a book of essays compiled in 1930 by twelve Southerners who sought to defend the agrarian culture and ideals that had shaped the South against the industrial ones which poverty and Reconstruction were inexorably bringing to bear. Passionate, opinionated, and not uncontroversial, the volume is a fascinating fragment of an American conversation that’s lasted from Patrick Henry to Wendell Berry. Here is the passage:

It is common knowledge that, wherever it can be said to exist at all, the kind of leisure provided by industrialism is a dubious benefit. It helps nobody but merchants and manufacturers, who have taught us to use it in industriously consuming the products they make in great excess over the demand. Moreover, it is spoiled, as leisure, by the kind of work that industrialism compels. The furious pace of our working hours is carried over into our leisure hours, which are feverish and energetic. We live by the clock. Our days are a muddle of “activities,” strenuously pursued. We do not have the free mind and easy temper that should characterize true leisure. Nor does the separation of our lives into two distinct parts, of which one is all labor—too often mechanical and deadening—and the other all play, undertaken as a nervous relief, seem to be conducive to a harmonious life. The arts will not easily survive a condition under which we work and play at cross-purposes. We cannot separate our being into contradictory halves without a certain amount of spiritual damage. The leisure thus offered is really no leisure at all; either it is pure sloth, under which the arts take on the character of mere entertainment, purchased in boredom and enjoyed in utter passivity, or it is another kind of labor, taken up out of a sense of duty, pursued as a kind of fashionable enterprise for which one’s courage must be continually whipped up by reminders of one’s obligation to culture. (from “A Mirror for Artists,” by Donald Davidson)

Davidson presents three obstacles that industrialism raises against true leisure: (1) its excess provision, pushing us to pursue gluttony rather than satisfaction; (2) its furious pace, hurrying us away from “free mind and easy temper”; (3) its bifurcation of life into “labor” and “play,” rending the harmony of an integrated human existence. Once we succumb to these obstacles, Davidson suggests that we exchange “true leisure” for two counterfeits: (1) passive, bored acquiescence to entertainment, or (2) frantic recreational activity pursued as obligation (to oneself, one’s children, etc.).

The two results are distressingly familiar. In passive, bored acquiescence to entertainment, we mindlessly watch TV; read cheap, tawdry novels; scan Instagram and Pinterest; chatter about gossip. Out of obligation to recreation, we sign up for too many summer camps and sports teams, buy tickets to more concerts than we can attend, trade trips to the library for educational book lists, and ensure that no afternoon is left unscheduled.

These lists contain many clichéd scapegoats, but I don’t actually mean to suggest they are necessarily inferior or opposed to true leisure. Following Davidson’s line of thinking, the way to conquer the counterfeits is not in merely trading out particular activities, but in overcoming the preceding obstacles so all activities can be approached differently.

Rather than defaulting to gluttony, beware of excess—excess events on the schedule, excess toys and gadgets in the playroom, excess time on the computer, excess summer schoolwork, excess helpings of tasty food. Savor goodness and be content with satisfaction.

Rather than hurrying with the perpetual rush, practice stillness in the midst of it. It is surprising how much of “free mind and easy temper” can be restored in ten minutes of sitting quietly outside or walking without an i-Pod, reading a short poem three times through, standing still to look at a beautiful sunset, praying for longer than twenty seconds before a meal. It is also surprising how difficult these things are to actually do. But practicing them will help to form a habit of stillness, no matter the rush around us.

Rather than accepting the bifurcation of labor and play, seek ways to integrate them. During schoolwork, even summer school, welcome opportunities for read-alouds or cookies during math homework. Expect the best family conversations to happen in the kitchen during after-dinner cleaning. Have friends come to help with yardwork, and feast on hot dogs and lemonade when it’s finished. Watch a movie and then encourage games or crafts inspired by it.

Remember, in all of this, what is our goal: not well-adjusted children, not an idyllic summer, not constant stimulation, not a balanced life, not a psychological solution, not an escape from all burdens—but the shaping of souls in the joy of the Lord. Seeking “true leisure” might be one way of getting at that.