If We Lose Movie Theaters 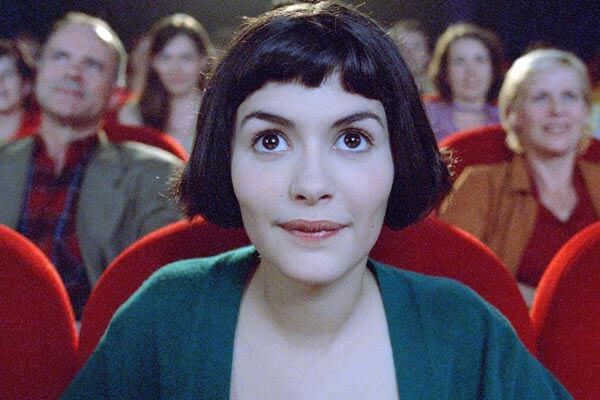 The other night I woke at 2:30 and could not fall back to sleep. A certain vexing matter from work plagued my thoughts, so I decided to distract myself with a different intellectual project: I tried to chronologically reconstruct every important thing that happened to me between 2000 and 2006. For the first half an hour I had very little luck. I could recall a few significant events, but I could not place them in order. Then one very vivid memory unlocked my whole project. I recalled a certain Christmas break when I had an argument with a girlfriend, she went to work while the argument remained unresolved, and I went to the theater by myself and saw Steven Soderbergh’s remake of Solaris to get my mind off the matter. I began to recalll other films I saw in the theater around the same time, as well as who I saw those films with. Then I fell asleep.

A day later, I looked over a chronically arranged list of every film that came out in 2000, as well as the date each film was released. I made a list of every movie I saw that year and everything I could remember about seeing it, like the people I went with, the location of the theater, whether we went out to eat beforehand, and what we talked about over dinner. While this method for recalling the past might not work for everyone, I saw 33 films in the theater during the year 2000, and nearly every one of those experiences had created a number of vivid memories.

When I was finished with the year 2000, I moved on to the following year, and the next. I jotted down names, notes, and oddities about each screening. I expanded the parameters of the list and found I had seen 227 movies in the theater between 1997 and 2008, almost all of them on opening weekend. I had several different groups of friends in my early 20s and over the years, each group had become less distinct in my memory; however, in making a list of everything I saw in the theater, a remarkably detailed narrative of life after high school had come together.

As I scrolled through lists of movie titles and release dates, I recognized the titles of many films I had seen at home, but I could not easily recall when I had seen them, and it was far harder to recall who I had seen them with. Movies I saw in the theater simply leave a far more indelible impression.

It is not hard to understand why this is, though.

We have far more control over films we watch in our homes. We control the start time and the volume. We can pause the film to use the bathroom or to refill our drinks. We can fast forward through scenes we don’t approve of, or even order versions of a film which have objectionable content and politics removed from the narrative. If we get bored, we can choose another to watch. We are free to insert a twenty-minute intermission whenever we like to have a cigarette, discuss the plot with friends, and make predictions on who the killer is. In all of this, a film viewed in the home is much harder to respect than a film we see in the theater.

Seeing a film in the theater involves a good deal of ceremony and ritual which puts a man in a far more receptive mindset to enjoy a story. In order to see a film in the theater, a man must first arrive at the appointed place at the appointed time. The same is true with church, a date, or a court appearance. The location determines the theatergoer’s posture, as well, for people in their homes are free to recline on their backs, lay on their stomachs, or flop on the floor, but everyone seeing a film in a theater sits upright and faces the same direction. In a theater, the film is as loud as the projectionist determines it must be, which is often deafening. The film begins at the proper time and does not stop until it is over, which means theatergoers must properly prepare themselves to be stationary for two hours. Snacks must be acquired beforehand. The restroom must be visited in advance. If anyone arrives late, they are out of luck, thus the theatergoer’s evening revolves around the film and this trains him to respect the film—such respect is simply not possible when viewing a film at home.

While I could not argue that my taste in film was better in my early 20s than it is now, there is a case to be made that seeing films in the theater holds audiences to a higher standard than seeing films at home. The theater at least demands audiences take some degree of responsibility for what they are watching. If you want to see American Pie 3 at home, no one has to know, but if you want to see it in the theater, you have to look the guy working the box office in the eye and say the name of the film, hope you don’t see anyone you know in line for popcorn, and then avoid making eye contact with anyone else who bought a ticket while you’re finding your seat. It is far easier to convince yourself that watching American Pie 3 at home is a joke, a laugh, an ironic gag, but seeing such a film in the theater requires orchestrating your afternoon around it, then physically submitting to it for two hours in the presence of other adults.

In the last twenty years, I have only walked out of three films: Suspiria, Sideways, and Chicago. Suspiria was too disgusting, Sideways was too pretentious, and Chicago was too much a Broadway musical. I find it immensely satisfying to walk out of a film in protest; however, hitting the “stop” button is a comparatively flaccid gesture of rebellion. I like to think other theatergoers can immediately tell the difference between someone hastily running to the men’s room and someone defiantly standing, blocking the view of others, and turning his back forever on a limp story. Watching a film at home requires no submission, though, and no inconvenience, which means I have turned off more films at home than I can count in the last twenty years. This is not because my standards are higher at home. In fact, the opposite is true, because at home I am more than willing to start anything that looks mildly amusing. I know it will cost me nothing to jump ship twenty minutes later.

At the moment, it appears movie theaters are on their way out. I think this a shame for the same reasons I think the casualization of church over the last fifty years is a shame. Despite the modern man’s belief that anything can be improved merely by exerting control over it, I believe most things are both more enjoyable and more compelling when they remain in their ritualized states. Rituals are costly and inconvenient, thus anything which is ritualized exists for the sake of something higher than mere fun. Fun is great and all, but it isn’t very important, which means any event which exists primarily for the sake of fun will not capture the hearts of participants. While starting a movie whenever you like, pausing it when you like, and editing the content with the push of a button sounds “much more rational” than rushing to catch an 8:20 showtime, there is little hope such an event will be transformative.

Formalized, ritualized events point participants beyond the event. If forms and rituals are inconvenient and costly, they must exist for spiritual reasons, not reasons that pertain to sensual pleasure. Paradoxically, the hassles of ritual make ritualized event more enjoyable because participants understand the event needs to take place, which means the participants are not constantly mulling over how the event could be better. Instead, they are free to ask what the event means (and what they mean to the event). Anyone sitting down to a two-hour film in a theater must give up thinking about himself—what he wants to eat, whether he should check his phone, whether something easier to like is available on Amazon Prime. Sadly enough, buying a ticket for a film in a theater is a greater act of commitment than the typical modern sexual encounter.

There is often no more sublime era in the life of a thing than that time which immediately follows the first indications of decline. Accordingly, many theaters have run out of new films to show and have begun showing old favorites. Tomorrow, I have plans to take my entire family to a showing of Casablanca at the theater down the street. The Bogart and Bergman classic will run on a massive, splendid screen typically reserved for Marvel movies and other summer blockbusters. Given the few number of films they are likely to see in theaters, I expect it will be an experience my daughters will recall until they die. As they should.