I Should Not Have Surprised My Children With Fantastic Beasts 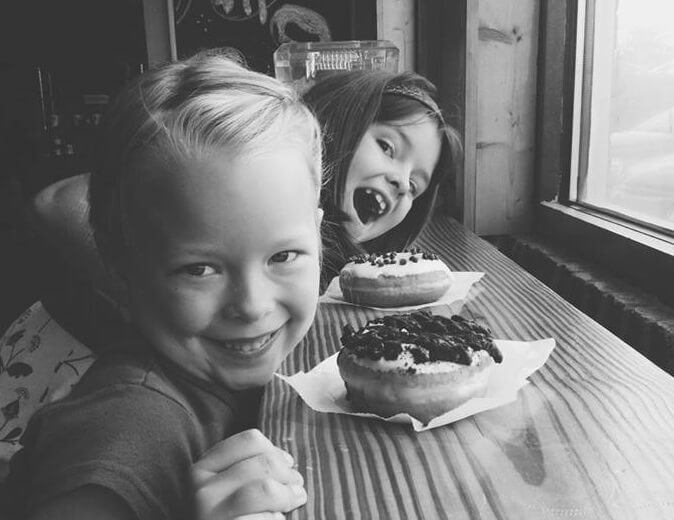 My children did okay with Fantastic Beasts And Where To Find Them. The problem was that my wife and I surprised them. We said nothing to them about seeing the film, then we drove them to the theater one morning and walked right up to the ticket counter and only then did they know. My eldest daughter looked pleased, but she did not look ecstatic. My children are sometimes given to looking ecstatic. Their faces seem to me uniquely suited to explosions of gratitude and delight. I collect such moments like not-entirely rare butterflies. Really, my children are not very good with surprises.

Had I told my children a week in advance that we were going to see the movie, they would have spent the week fantasizing about the film and telling their stuffed animals about it. They might have even pretended their stuffed animals were going to see the film in anticipation of seeing it. Had they done so, they could have practiced seeing the film. They also could have practiced thanking my wife and I for seeing the film. I do not require such a thing, obviously, though they might have brought up the movie many times at dinner in the week prior to seeing it. They might have said, “I can’t wait to see Fantastic Beasts And Where To Find Them! You’re the best daddy for taking us to the movies!” Had they practiced giving thanks for the film in advance, they could not have but enjoyed the movie more— they would have spent a week expanding their capacity for joy before receiving it.

The truth is, summoning up a sufficient amount (or a great amount) of joy is often difficult at a moment’s notice. Anticipation is a kind of memory of the future. Anticipation is the shaping and reshaping of an event which is also, in fact, the shaping and reshaping of the human heart to more aptly conform to the knowledge of God. When we have an insufficient amount of time to anticipate an event, it is yet possible to transfigure the event in memory. However, the event which is hotly anticipated takes on the nearly sacramental power of joining idea and physical substance; at the occurrence of the event, intellect has pre-shaped matter into a door through which a divine realm might be entered. The man who anticipates this or that thing experiences it a thousand times before experiencing it once. In those thousand experiences, he lives inside the event, discovers the corners, is given room to speculate, perhaps even goes through shades of disappointment in the thing before he even truly knows it. The hotly anticipated event is generally so idealized that it cannot be truly enjoyed until it is over; the event itself passes as a dream, a vision, and becomes an even more profound source of enjoyment and mystery in retrospect.

I have often found this true for my children in trivial affairs, as well. When I tell them that breakfast tomorrow is “going to be a surprise,” their expectations and hopes run wild and what I finally offer them does not meet the highest reaches of their fantasy. On the other hand, if I tell them I am going to make pancakes, they can tell each other many times before the following morning that they “can’t wait for pancakes.” Hunger is the best sauce, and anticipation of any kind is nothing but hunger. The anticipated life is the saucy life.

Inasmuch as the school year should mirror and reveal the world outside of school, so we ought to surprise our students, for God surprises us and we surprise one another and every now and again some storm blows through town which no one saw coming. However, some of the deepest joys and pleasures God offers (Christmas & Easter, sleep, Autumn, wine, forgiveness, marriage & children) are predictable, which is to say anticipatable. God has not so ordered reality that Easter is a surprise every year, but He does invite us to wait on Easter for months in advance, purifying and polishing our want of Easter until we become that want.

Surprise your students, but give them things to look forward to, as well.