How Should Teachers Dress? 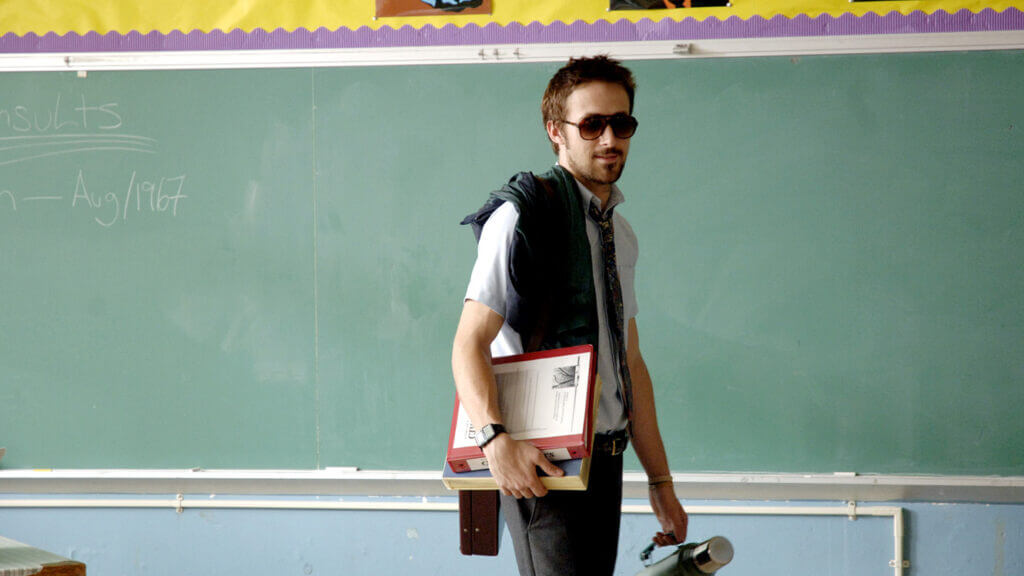 Like most practical and common-sense claims, my thesis is also a little offensive: In the classroom, teachers should dress like teachers.

Reflexively, the reply comes: But who gets to say what a teacher looks like?

While the question is a rhetorical one, the person who poses it also has a lot of stock facts to back up his skepticism. For one thing, teachers have not always dressed the same. They used to wear robes. For another thing, college teachers dress differently than high school teachers. And not all teachers make the same money, so they cannot all afford the same clothes. And did you know that teachers in French Guiana traditionally wear massive red smocks?

That last point is not actually true. However, I am sure that something like it is true, and for the fellow arguing that no one can say how a teacher ought to dress— or how a boy, a girl, a senator, or a fireman ought to dress— the fact that teachers in some remote past or faraway country do things differently is sufficient proof that no one can really say how teachers here and now ought to do anything.

Teachers are necessary to a healthy society, which means people should not be deprived of teachers. Inasmuch as our society is “a partnership between the living, the death, and those who are yet to be born”, a man has the right to teachers. In the same way, children who hear a story before bed every night have the right to a story before bed every night, because custom is the ultimate arbiter of rights. If a particular teacher attempts to subvert the role of the teacher or tries to reconcile the role of the teacher to his own personal preferences and not to the tradition of education, that teacher is not simply incompetent, he is defrauding the community. His sin is not private, as is the case with lust or envy. His sin is something much closer to counterfeiting or simony.

Much like a police officer, a judge, a senator, or a doctor, a teacher’s clothing should not be surprising. A teacher should look quite a bit like the Clipart depiction of a teacher, although the same is true of three dozen other iconic professions. A teacher should dress the way teachers dress when they are depicted on greeting cards, billboards, films, or television advertisements. The fact of the matter is that everyone knows what a teacher looks like, and the fact that some teachers don’t look like teachers means very little in itself, because customs are not legal codes, but honor codes. If an ad for deodorant or breakfast cereal depicted a man in a coat and tie saying, “Alright, class, open your books to page twenty-six,” anyone viewing the commercial would know exactly what that man was. However, if the ad depicted a man in JNCO jeans and a Scottie Pippen jersey saying, “Open to page 26,” no one viewing the commercial would say, “That’s a teacher, for who gets to say what a teacher looks like?” Rather, anyone watching the commercial would assume the man was insane, a fraud, or that a dream was being shown. The same would be true if the ad ran in America and the teacher was wearing a massive red smock.

If the teacher looks like a teacher, his students will be more apt to treat him like a teacher and accept him as a teacher. Younger teachers are often tempted to think they will earn the trust and affection of students by dressing in a brazenly youthful manner, but this is just as ridiculous as thinking students will win the affection of teachers by bending the dress code as far as they can. So far as the classroom is concerned, the teacher is best dressed whose clothing is not given a second thought by students, and who needs not give a second thought to his own clothing. For the most part, the slowly refined determinations of civilization— so far as manners, customs, and dress go— are a great blessing, for they free us to care about more important things. I don’t mean manners can never become corrupt, and I certainly don’t mean that clothing is trivial or that shopping for clothes should be a chore. However, if the teacher obviously prizes self-expression in the way he dresses, he should expect his students to complain about their uniforms, and such complaints invariably sour into ingratitude for the whole task of education. The students who complain the most about the dress code do not generally become alumni who visit often.

I suppose this essay addresses a problem which, at least in my experience, is not really that much of a problem. I have not encountered many classical schools where anyone on the faculty or staff dressed in an unseemly manner. Nonetheless, on occasions when students ask teachers why they dress the way they do, it behooves a classical teacher to say more than, “I don’t know,” or, “No reason,” or, “I just like these clothes.” A classical teacher should be able to say, “I’m a teacher and I want to look like one,” and then explain what he means.

Teachers in faraway countries might dress differently than teachers in America, however, if Americans know they all dress differently than we do, then they all dress in an orderly and predictable manner. The fact that American teachers don’t wear massive red smocks is no reason for the teachers who do to abandon their traditional garb, and the fact that they wear red smocks is no reason for us to abandon our traditional garb either. “Other people do things differently” is a universal and empty truth—if we were “other people,” we would do things the way they do. The fact that other people do things differently is no reason for us to abandon our set way of doing it, and this is true not only of clothing, but etiquette, morals, law, government, childrearing, dating, sex, and so forth. Of course, believing this depends on viewing the limitations society places on us as a gift, not as bonds to escape, and in our increasingly individualistic epoch, it is not hard to imagine that all uniforms will someday be regarded as patriarchal and summarily banned. What a chaotic day that will be.