How To Quit Going To Church 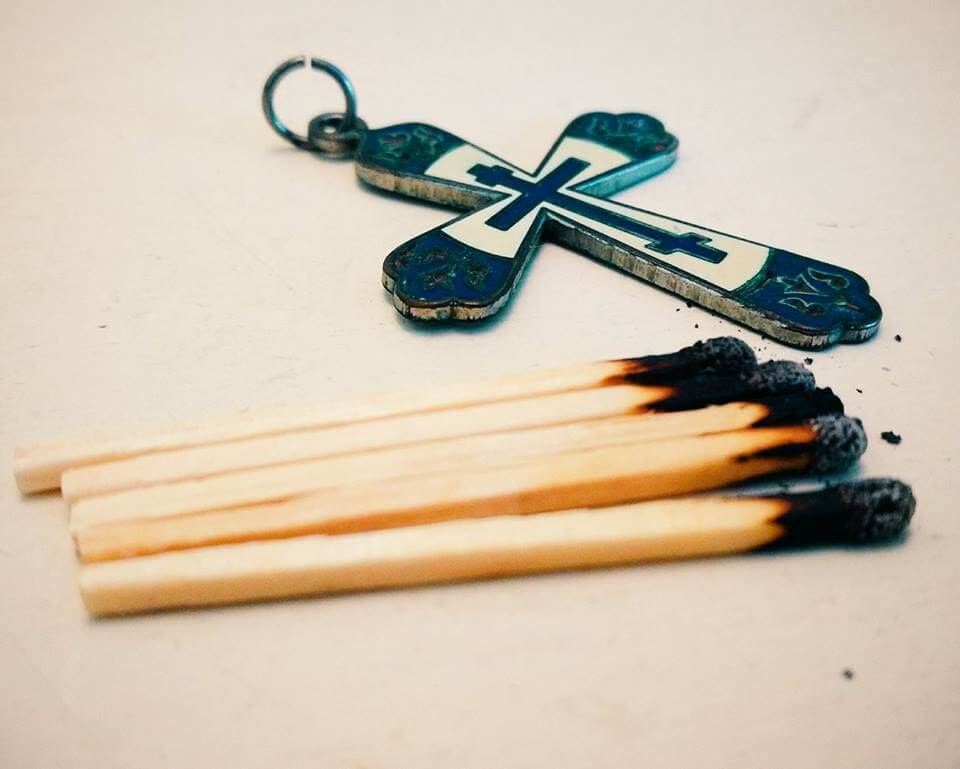 The man who wants to quit the Church forever should begin small. The Church is quite weighty, holds great sway over a man, and so summarily dumping the Church in a single fluid motion is more or less impossible. To begin quitting the Church, a man should first disdain a few of the teachings of the Church. If he is clever, he will disdain some moral precept of the Church, or else some minor philosophical ordinance.

What moral precept of the Church should a man disdain? Preferably a moral precept which gains him some advantage in the world. If a man has close friends who are outside the Church, he should discover what precepts of the Church those persons find most offensive. Of course, these people don’t take issue with the doctrine of the Trinity, the Virgin Birth, or the Ascension. They are offended by some moral teaching of the Church.

The man who desires to leave the Church should, in the company of a few friends, feel bold enough to express his doubt on the moral precept in question. His friends, even the ones who have no interest in leaving the Church, will most likely hear him out in a dangerous spirit of tolerance. They will say, “Well, there are certainly finer points to this issue. And there are a few established theologians over the 20th century who have differed with the majority on this issue.” At the same time, his friends will begin to harbor a secret suspicion that all is not well with their differing-friend, but they will feel embarrassed to say so. It will seem alarmist to suggest that his soul is in jeopardy simply because of a few small disagreements with the Church. “Besides,” they will say, “such disagreements with Church teaching are actually quite common today.”

The man who desires to leave the Church— let us call him Geoffrey— will, over the years, begin to feel a closer kinship with friends outside the Church simply because he shares his secret with them. He feels he can be honest with them in a way he cannot be honest with his Church friends. Besides, his Church friends maintain a rather heartless commitment to the moral precepts of the Church, but this is only to be expected given that they have no friends outside the Church.

Going to Church becomes a burden for Geoffrey, though he maintains a genuine affection for the trappings and furniture of his religion. It is all pleasant enough provided he owes the Church no genuine allegiance. Habit propels him forward, as does shame. He still has a sufficient number of friends within the Church that he cannot simply stop coming cold turkey. Still, in his home he rarely says his prayers and has little interest in spiritual things, which no longer hold any emotional or sentimental power over him. The rejection of the Church’s moral teachings ferments in Geoffrey’s heart and intensifies into skepticism toward the Creed, the Scriptures, the theological teachings of the Church. It should be noted that if Geoffrey genuinely wants out of the Church, his skepticism toward the Creed should remain mere skepticism. Under no circumstance should Geoffrey actually articulate a philosophical or theological argument against the Creed. This will be self-defeating.

In fact, the moral teachings of the Church are joined at the hip to Her theological teachings, even if the connection is invisible. Disdain of her moral teachings is a cancer which invariably spreads.

The Creed will not come to seem ugly, but merely superstitious and superfluous to life. Friends outside the Church do not need the Creed and seem happy enough. What is more, the Devil will always look to graduate predictable seasons of doubt into particularly cankerous and malign growths of irony, sarcasm, superiority. There is an elegance to faithlessness, as well. Because She turns away no one, the Church is always a good place to spot an idiot, a half-wit, a boob. The Church is full of such people. The skeptic thinks “the world” is not full of such people, but only because “the world” as he thinks of it is a highly edited, curated collection of friends; if leaving the Church meant a man had to accept everyone in “the world,” he would never leave.

At the thought of going to Church, Geoffrey will sigh and begin to invent plausible excuses as to why he cannot go. He will speak of the Church as an old friend with whom he is no longer on speaking terms, even though they “still love each other very much.” He will put himself on par with the Church and make as though they both have their right to privacy.

In the midst of this, though, Geoffrey will maintain some genuine connection to the Church— an accountability group, perhaps— and his life will not entirely fall apart. In terms of finances, health, housing, all things remain intact. He will probably not make a formal protest against the Church at this time. Rather, he will remain on good terms with the Church even while he simply no longer attends. When his friends from Church ask about his absence, he may mention how busy it is, or he may make vague mention of his moral disagreements. It is important to state here, though, that nothing dramatic is taking place. Rather, something rather slow and glacial is simply carrying on as it has for several years. When Sunday morning comes, Geoffrey will not go to Church, but he will hold his breath for ninety minutes in the morning, and begin to feel better as soon as he knows Church has let out. He may regularly tell himself he will go next week, even though he does not want to go.

In the midst of all this, Geoffrey will take some nasty spill, although it is hard to say what it will be. He will kiss another man’s wife, or he will get a DUI, or he will slap his kid while in a public place— those who attend Church do such things from time to time, as well. However, without a community to introduce Geoffrey back into friendship and grace, Geoffrey will simply not make a full recovery. Geoffrey’s old friends from Church may look down on Geoffrey in this or they may pity him. Either way, Geoffrey will claim, “They are shunning me.”

It is at this point that the gifts of the Church will finally depart from Geoffrey’s life. The Church itself departed long ago— the sacraments, the prayers, the readings, the singing— however, the gifts of the Church had remained. What gifts are these? Relative stability, relative peace, relative soundness of mind, cohesion of family, sustainable finances. Geoffrey will begin to recognize that even if there is no God, family prayers might have still kept the family intact. Perhaps cradle atheist families do not need prayers, but for the praying family to lose their prayers is akin to removing the stabilizing rings from the elongated neck of a Kayan Lahki woman. The thing has become accustomed to certain support and is dead without it.