How Algorithms Ruin Our Ability To Love Beauty 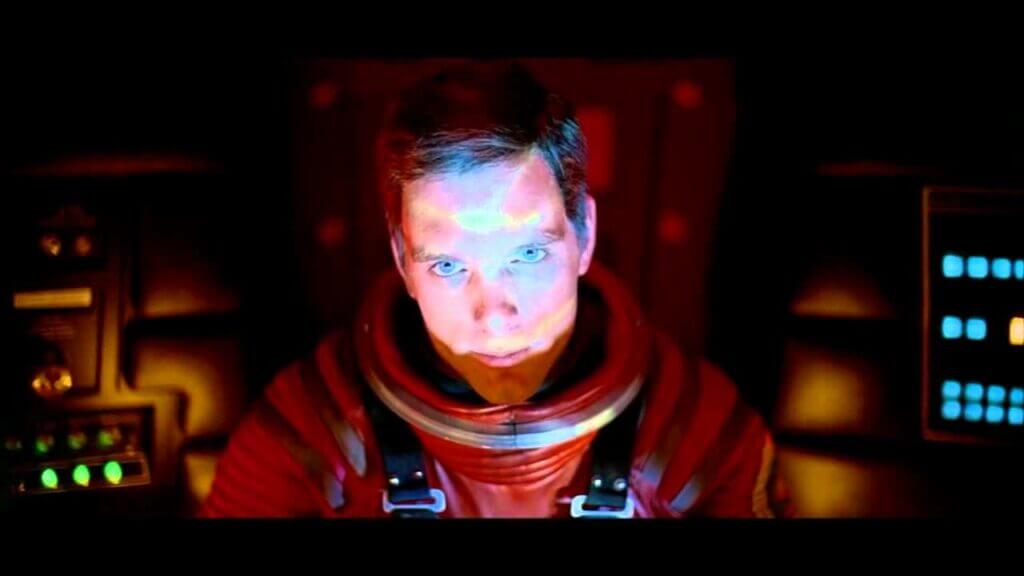 The first novel of Highsmith’s that I picked up was The Talented Mr. Ripley and the first few pages were peppered with poorly worded sentences. The book begins, “Tom glanced behind him and saw the man…” and I couldn’t help thinking the line should have been, “Tom glanced back and…” which sounds better, tighter, and less ambiguous. Just a few paragraphs later, “He slid one leg over a stool and faced the door challengingly, yet with a flagrant casualness.” Anyone who has taken a writing workshop in college will, upon reading such prose, immediately imagine an old composition prof saying the word “challengingly” in an interrogative tone, looking up from his copy of a student’s work, then snidely poll the class for anyone who would like to try to sit in a “challengingly yet flagrantly casual” posture. Less than three pages into Highsmith’s best-known work, I set the book aside and told my wife it was a disappointment, especially given that the Anthony Minghella adaptation of the book ranks among my favorite films. My contention with Highsmith’s work would be the same as my contention with most modern novelists: the prose was too badly edited for my tastes. Page after page of sore thumb sentences would surely follow.

I cannot recall now why I picked Ripley up again a week later, but the next twenty pages were better written than the first three. I finished the book a week later and started The Price of Salt. Then Strangers on a Train, Deep Water, The Tremor of Forgery, and half a dozen short stories. The writing didn’t simply get better. It got remarkable. Strangers on a Train, in particular, was not just competently written and edited, but contained one dazzling description after another. Some authors manage brilliant sentences or brilliant paragraphs, but Highsmith sometimes pulls off brilliant chapters. Everything is precise and deep and sharply-observed for five thousand words in a row.

This sort of thing doesn’t ever really happen to me. First off, I’m a slow reader. I have scores of meaningful relationships with books that remain unfinished for years. I started Laurus when the English translation came out, but only finished it last month. I thought about it often enough, though, in the many intervening seasons. Second, it’s been years since I fell in love. The last time anything like this happened was 2006, when I heard Tim Hecker’s “I’m Transmitting Tonight,” bought all his records and listened to very little else (on headphones, at least) for the following two years.

Of course, I’ve often found books that amazed me and albums that I couldn’t get enough of— but I don’t fall down wormholes for months on end. In the last hundred days, I’ve covered more than a thousand of Highsmith’s pages. I have more books coming in the mail at this moment and for the last two weeks I’ve been eagerly awaiting May 5th, when my Audible credits renew and I can finally begin This Sweet Sickness.

In this newfound fascination for Highsmith, I feel myself both actor and audience. While I am making the whole affair happen, my enjoyment of her novels seems so entirely unlikely, I marvel a little at my own intrigue. Why do I like this? I keep asking myself, but I’m not concerned by my inability to answer.

In retrospect, the same is true of Tim Hecker. In the years before I discovered him, I listened to a lot of unsubtle, melodic pop, like Madonna, New Order, Pet Shop Boys, and so forth. There’s nothing about Tim Hecker’s bookish, non-melodic ambient music that suggests many of his fans convert from Top 40 radio. Similarly, none of the books I’ve read in the last twenty years suggest I could suddenly become enamored with a mid-century American nihilist who wrote thrillers. Prior to finding Highsmith, I can name zero thrillers I have read and enjoyed.

All of which means that no algorithm could have put me in touch with Patricia Highsmith. The “Fans Also Like” and “Readers Also Purchased” options on Spotify and Amazon can only present inevitable options to users. For instance, the “Fans Also Like” tab on New Order’s Spotify page suggests Gary Numan, The Human League, and OMD, which are all bands a New Order fan would naturally run into if given enough time— it would simply take longer without the algorithm. Algorithms speed up time and reduce taste to a purely material phenomenon, a move which is equal parts powerful and soul-crushing. I don’t say “soul-crushing” in a hyperbolic fashion, I mean that algorithms look to compress the autonomy and freedom of the soul down to something which is surgically, scientifically predictable. For this reason, algorithms do not expand our tastes, but cater to our tastes, confirm our tastes, flatter our tastes, and flattery will always bore us in the end because it is incapable of surprise.

Americans now spend a hundred hours a year just scrolling through Netflix menus. Nothing looks good. This is the work of algorithms. We have become violent, petty dictators whose advisors and consultants always have good news, but only because they are afraid to bring bad news. The “Fans Also Like” option on Spotify makes us feel as though we have a wealth of possibilities to choose from, but none of those possibilities carry the endorsement of someone who knows us. An algorithm— an equation, a method— wants us to watch this or that movie, but an algorithm carries no clout. Methods cannot inspire love.

Suppose someone were gamboling around Spotify, examining the “Fans Also Like” tabs for a number of musicians and bands that he listened to often. Let us also suppose our subject enjoys the music of The Cure and has lately heard “Pictures of You” in a television commercials but cannot now remember whether he has ever examined the “Fans Also Like” page for The Cure. The first several suggestions are Bauhaus, Siouxsie and the Banshees, Joy Division, The Psychedelic Furs, and so forth. Our man has heard Joy Division, heard Bauhaus, but not the others, though their photographs suggest a sound which is simpatico with The Cure. Beyond the first several suggestions, more of the same. The Smiths. Cocteau Twins. The Jesus and Mary Chain. But several rows into the suggestion, our man finds not another profile pic of sullen 20 somethings (taken 35 years ago, when they were all still pretty), but a painting of sixteenth century French motet composer Josquin des Prez. After Josquin des Prez, more gothy guitar groups to the bottom of the page.

Would Josquin des Prez not obviously be the most intriguing suggestion on the “Fans Also Like” page?

In fact, the first question inspired by such intrigue would likely be whether or not a glitch had occurred in the algorithm. Either way, our man would probably pass up all the other bands and go straight to the outlier, then listen attentively while trying to discern the hidden connection between the Renaissance composer and two dozen dour 80s rockers. If he liked it (and he would), he would feel the algorithm was somehow able to delve below the appearance of his own taste and get to the heart of it, the invisible place where the souls of disparate things secretly commune.

Of course, no algorithm is capable of making such a suggestion. Only a friend could do that. But algorithms also rob us of the freedom to discover new things. In fact, the discovery of new things to love usually begins with subtle insinuations and hints a man receives from his own soul. Every real discovery is a foretaste of heaven, where time does not end because God cannot be circumscribed. When we’ve been there ten thousand years, each new day in Glory will not have the familiarity of a “Fans Also Like” suggestion. God surprises with the intimate, precise knowledge of a friend. Algorithms, on the other hand, steal from us both the joy of a solid recommendation and the thrill of genuine exploration.

While Highsmith and Hecker were both genuine surprises to me, I suspect that both somehow echo and resounds with something buried quite deeply within my heart and soul. The novelist who is authoring my life understands it and has explained the matter in an aside to his readers. It is still a mystery to me, but I intuit his narrative choices make sense beneath the surface.

After all, I was not randomly assigned Hecker or Highsmith for a school project. I chanced on them, but commited to them of my own free will. An algorithm never expects love.