Heart of Darkness: On Searching for Meaning and Meeting Uncertainty 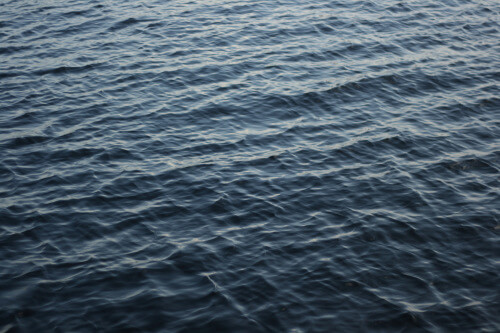 Leopards break into a temple and drink to the dregs what is in the sacrificial pitchers; this is repeated over and over again; finally it can be calculated in advance, and it becomes a part of the ceremony.

Who are the leopards? What is the temple? Is it a true tale? Does it represent the taming of chance, or the domestication of danger, or the nature of ritual?

In a book of essays on Joseph Conrad’s Heart of Darkness, Anthony Fothergill invokes this fable from Kafka, along with the questions it raises, to illustrate humans’ relentless search for meaning. Hearing even so brief and enigmatic a vignette as this story of the leopards sets minds racing to grasp that elusive “deeper truth.” And yet, who can really say what the fable means? To open our discussion of Conrad’s novella, I read it to my students and asked them to write out its interpretation. Their answers were articulate, insightful, imaginative—and irreconcilable: the tale’s meanings are as many as its interpreters.

Since knowing how the story ends does not resolve the weight and the mystery of pain in the plot, the virtues called for in our own voyage are the same virtues cultivated in the reading of Heart of Darkness.

At first blush, Heart of Darkness seems to be the storyteller-sailor Marlow’s attempt to discern the meaning in his experience of voyaging up the Congo River and encountering the disturbing figure of Kurtz. This motive resonates easily with my students and myself: we, too, have, in T.S. Eliot’s words, “had the experience but missed the meaning,” and we too hope that “approach to the meaning restores the experience / In a different form.” The meaning of any one thing ultimately enfolds all the past, all the present, and all the future of all things, for our stories play out in the times leading to us, the times following after us, and the times of all created things amongst whom we live and move and have being—but to grasp this density in the thin moment of experience is absurd. It steals upon us, later, as “The unheard music hidden in the shrubbery, / And the unseen eyebeam crossed”; and “what [we] thought [we] came for / Is only a shell, a husk of meaning / From which the purpose breaks only when it is fulfilled / If at all,” for “the purpose is beyond the end [we] figured / And altered in fulfillment.”

So we come to Heart of Darkness anticipating a journey story in which Marlow, buffeted by confusion and dissonance of the journey, finally meets Kurtz, meets in him something that utterly transforms and yet harmonizes that dissonance, and then returns home. It is the story we long for in our own lives.

But it is not the story we are given. From the first pages, the frame narrator confides to us that, to Marlow, “the meaning of an episode was not inside like a kernel” (or like Eliot’s “husk of meaning”) “but outside, enveloping the tale which brought it out only as a glow brings out a haze, in the likeness of one of these misty halos that, sometimes, are made visible by the spectral illumination of moonshine.” And Marlow himself tells us that his story’s goal is but to communicate “the effect it had on me,” for though meeting Kurtz “was the culminating point of my experience” and “seemed to throw a kind of light on everything about me,” yet the light was darkness: “not very clear either. No, not very clear.”

What follows, then, is a tale “not very clear” itself. An unnamed setting, jarring flash-backs and flash-forwards, murky transitions between events, and a very thin line between the narrative and the narrator’s commentary: few of my students have enjoyed this book. Either they feel they cannot “get” what it means and are frustrated, or they think they see through Conrad’s modernist ploy to illustrate the ambiguity of meaning and are unimpressed.

But every year, these very responses open up some of our best conversations on the purpose, motives, attitudes, methods, and goals of reading books, and by analogy, of reading life. This year, for instance, when they began to vent their frustration in criticism of Conrad’s writing ability, I began to tell them the story of his life, with its many and haunting parallels not only to the tale Marlow tells, but to the doubleness and ambiguity woven throughout it. Born to a noble Polish family living in Ukraine under Russian domination; fluent in Polish, English, and French; devoted to the life of a seaman until a nascent interest and financial need pushed him into a second, literary career—and making at one point the same journey up the Congo that Marlow did—Conrad’s life should not interpret his work, but it can soften the sympathy of his readers. What if Conrad’s life were yours?, I asked the students. What if your experience was this doubleness, this ambiguity, not only in your experience but in your very identity? Would you feel driven to somehow express it, to share it, even if you could not make sense of it?

Conrad’s life humanizes a literary work than can otherwise seem like a metaphysical puzzle. And this unlocks for us, if not the meaning of the book, at least a purpose in reading it. As a friend of mine, discussing the novella, wisely remarked, “Literature helps us practice our response to uncertainty.”

Though we long for meaning, and search for it, and trace its contours “through a glass darkly” while treasuring the hope of one day meeting it “face to face”—yet the overwhelming experience of these mortal days must be one, not of meaninglessness, but of meaning unknown, which can feel as heavy to the heart. Even the Christian’s confidence in how the story ends does not resolve the weight and the mystery of the pain in the plot. And so the virtues called for in our own voyage are patience, endurance, longsuffering, sympathy: the same virtues cultivated in the reading of Heart of Darkness.