Have We Unwittingly Sainted Julian The Apostate?

Lessons on changing the world from David Bentley Hart's collection of short stories, "The Devil and Pierre Gernet" 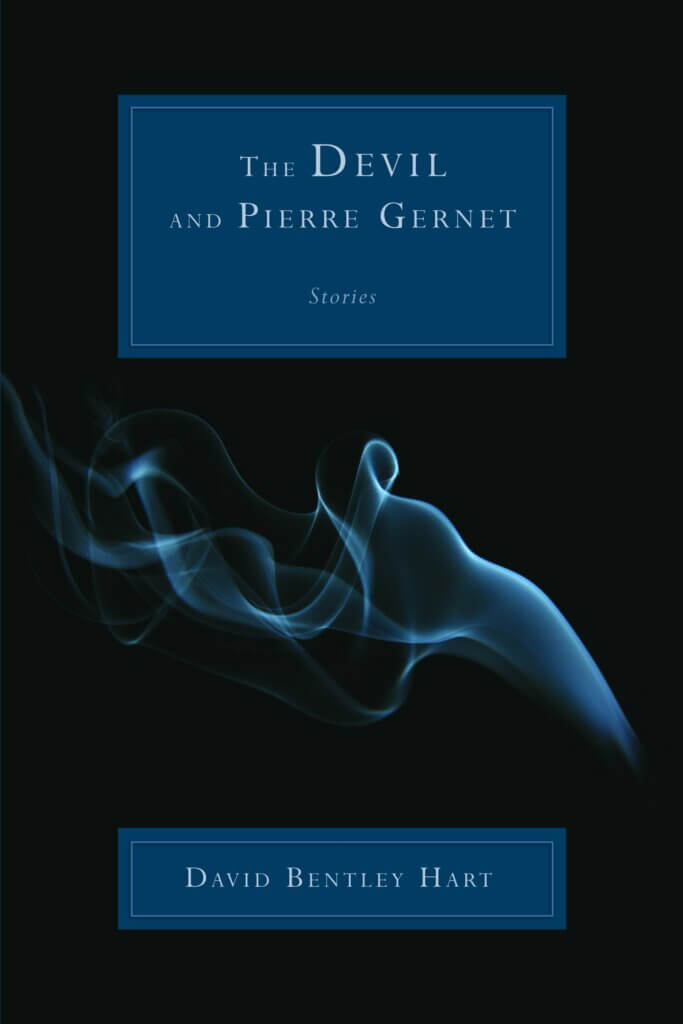 Your numbers are dwindling. Your side is losing. Your way of life is passing from this Earth. In bygone eras, your people transmitted your ideals from one generation to the next with ease. Now, you plant a teaching in the heart of your children, and all the world conspires to strip it out before it can take root. The gravity of this world now inclines away from you. When you set the things you love on the ground, they roll away from you like marbles in an uneven house. When you become tired in the evening and your eyelids lower, contrary forces rise to undo all you have accomplished in the day. Your constant worry is how to conserve the good things your people struggled for centuries to obtain, how to keep the gold that flowed toward your kind (mankind, really) in those sane years when your star was on the ascent. Now, that star has begun a scythe-like sweep toward the horizon and you fear that, when it passes from the heavens, it may pass forever. The conundrum is how to spend these years— these years when there is but a little light left, a little beauty, a few statues which remain unsmashed, a few drops of perfume to drive the stench of death and vulgarity away.

Oh, perhaps these words ring quite true to any reader who even sporadically dabbles in the news, but I wasn’t speaking on behalf of contemporary Christians. In truth, I was trying to give voice to the interior worries of Julian the Apostate, that great failed reformer and pagan conservative of 4th century Rome.

I do not know Julian well, but primarily through a few writings of David Bentley Hart, who has a few nice pieces committed to the fellow. The better of these is “The House of Apollo,” a short story from The Devil and Pierre Gernet, a brief but rich collection published in 2012. “The House of Apollo” is a piece of historical fiction (a typically dry genre, though here is an exception) set in the 4th century during a period in Julian’s reign when he attempted to relocate the seat of his empire to Antioch, a hotbed of Christianity. “The House” follows two threads: the first is Julian’s attempt to revive the old pagan cults, and the second is a kind of biography of the last remaining priest of Apollo in Antioch at the time of Julian’s arrival.

The priest, who remains unnamed for the whole story, and Julian have very different temperaments and neither takes the other seriously. The priest is an old and pious man, but Julian is impatient. Over the first half of Hart’s story, we are shown a man who is desperate for revival. Julian is an aesthete. He loves the furniture of paganism after the fashion of a Yale classics professor. He is also profoundly timid, afraid that only the gods can offer a genuine sanctuary against the chaos of life under the sun… and he is baffled that the Christians seem so willing to give that sanctuary up. Julian is a conservative in the strictest sense of the word. He wants a return of the old ways, the old prejudices, the old politics. He is frustrated that the tide has turned against him and what few of his kind that remain. He is flabbergasted by the inferior vision of beauty testified in the poor “Galilean religion,” and he is willing to construct elaborate programs of political coercion to check rising Christian convictions. Those who will not play along are flogged and beaten.

From his youth and continuing all his life, the unnamed priest has received beautiful dreams and visions from Apollo. He has little interest in the political aspect of Apollo’s rule and seems (perhaps anachronistically) capable of understanding the god from a purely religious perspective. Really, Hart’s Orthodoxy gets the better of him and he fashions the unnamed priest after some golden-hearted Kentucky peasant who attends St. Vladimir’s in New York City. The “Apollo” of the priest seems like a thinly-veiled intuition of the divine as described by Gregory of Nyssa, Hart’s favorite theologian.

The priest understands that Apollo is

…a god of purity and brightness and the clarity of perfect form, the most radiant and visible of all that is divine, but also a god always more distant, more hidden, whose arrows fly from farther and ever farther away; the shining one, the lord of poetry and song and prophecy, but also the god of wrathful countenance, who slays with the gentle bolt or instantaneous death; the lord of cleansing sunlight and of the clear, sweet water of living springs, the purifier and the healer, but also the death-dealing god of plague and spiritual contagion; wise, invincible, the god of consummate human and divine splendor, but also the god who can draw near only as the ever-withdrawing, and who can dwell among men only in the radiant mystery of that which is most exalted and unapproachable, in the cold beauty of a distance that can never be crossed; the god whose voice is as thunder, before whom one knows only one’s own transience, but the god of delight and kindly music and earthly joy; the slayer of the dragon and the one who speaks from the mouth of the dragon; baneful, beneficent; all beauty, all light and darkness; perfect revelation as perfect mystery.

How could such a god be forced on people? Thrust in their faces? What could such a god care about state-sponsored programs and initiatives designed to drudge up feigned interest in his… policies? Does such a god even have policies? If the people did not want such a god, what good could the god’s priests really do? The Apollonian priest lives in a small parsonage near the temple he serves. No one comes for his vespers services, though he faithfully offers up prayers on behalf of the living. He brings what he can to festal celebrations. He keeps a little garden, his own goats, and makes his own cheese. He produces wine from a miniscule vineyard. He has only violated his vows of chastity four times in all his life. From time to time, the god still speaks to him, though not in the ecstatic visions and ambrosial tones of his youth. He guards a strange secret which he alone appreciates: the god Apollo has come, quite mysteriously, to dwell within his very soul.

Hart sets Julian and the unnamed priest beside one another for our consideration. As Christianity in the 21st century West goes the way of paganism in 4th century Europe, how will her adherents spend those last few decades of light and warmth? Will we defend our God after Julian’s fashion or after the manner of the priest?

Classical educators have a lot riding on these questions. We have all seen schools (or teachers, or parents, or administers) which trade primarily in images of keeping heads above water. The world is going mad, and we must save it! If we can graduate so many persons from our schools every year, and those graduates are good and fecund rabbits, within three generations we will have so many voters who… How can we regain the cultural upper hand? For others, the loss of the world is a foregone conclusion, and the last 1700 years of human history have been nothing more than a happy, but unexpected and unsustainable holiday from a slowly burgeoning conflagration lit by Diocletian.

Hart’s priest is uninterested in saving the City of Man because his god dwells within. Man is a microcosm, a little universe, and to save one soul (even if it is your own) is to save the world entire. Hart’s priest saves the world, perhaps, the way ten righteous men in Sodom might have saved the entire city. It is not the influence of the priest over the world which saves it, but simply his being in the world, whether recognized by other men or not.

It might be said that there are two ways to change the world: through omnipresence or through mere presence. In the first way, a man changes the world the same way the Beatles changed popular music. The music of the Beatles is played everywhere, and young musicians today cannot but help hearing the Beatles and hearing praise for the Beatles, and so the Beatles changed popular music because they obtained a kind of omnipresence. In the second way, a man changes the world by standing on a street corner for his entire life and holding an ancient, tattered sign bearing a truth which is believed by just one other person who, when the first man dies, takes his place holding the sign. Hart seems to find the Beatles’ way of changing the world crass and desperate, though he finds a profound and admirable dignity in the holy subtleties of the unnamed priest, whose life unfolds as a drama of contentment and pious anxiety. He’s something of a stylite. He changes the world by opening up a portal to another world, though the work of keeping that portal open means he cannot simultaneously force anyone to go through it. He is a kind of living and actual… possibility.

While charity always means deference for the other and love of neighbor, charity should never be confused with “making the world a more beautiful place before you leave,” a goal which often distracts from the task of working out one’s salvation with fear and trembling. In Ecclesiastes, Solomon insists there is no way a man can “gain advantage” over the world. As a place, and as a concept, “the world” will always sit outside our comprehension, beyond our grasp. Julian, either historically or simply as Hart conceives him, was a man concerned with making the world a more beautiful place. As a fictional character, he is goal-oriented and has a habit of exempting himself from the same rules he wants to enforce. Julian sees himself as a culture warrior, and given that war lifts bans on certain unseemly behaviors (killing, telling lies), Julian feels no shame acting dishonestly and unmercifully toward his cultural enemies because they threaten his power to act mercifully. It’s a cruelly tight circle of logic. On the other hand, the unnamed priest, or the man holding an apocalyptic sign on the street, is not at war with anyone or anything other than his own demons.

For those who see the role of the educator primarily in terms of equpping soldiers for a culture war, I doubt Hart’s story will be sufficient to change any minds. I would simply ask that the following be recognized: Christianity has a longstanding tradition of recognizing the dignity in losing. Boethius taught that, so far as the material aspect of life is concerned, a man was better served by losing than by winning, because loss is not deceptive. Winning distracts us from the nature of Fortune, which Boethius saw as having an inclination toward negation, absence, deprivation (even though success was written into Fortune’s blueprint, as well). Winning here and now distracts from the ultimate and eternal gains which can only be enjoyed in that life in which Fortune has no hand.