Have Kids, Become Divine: A Mystical Apologia For Childbearing 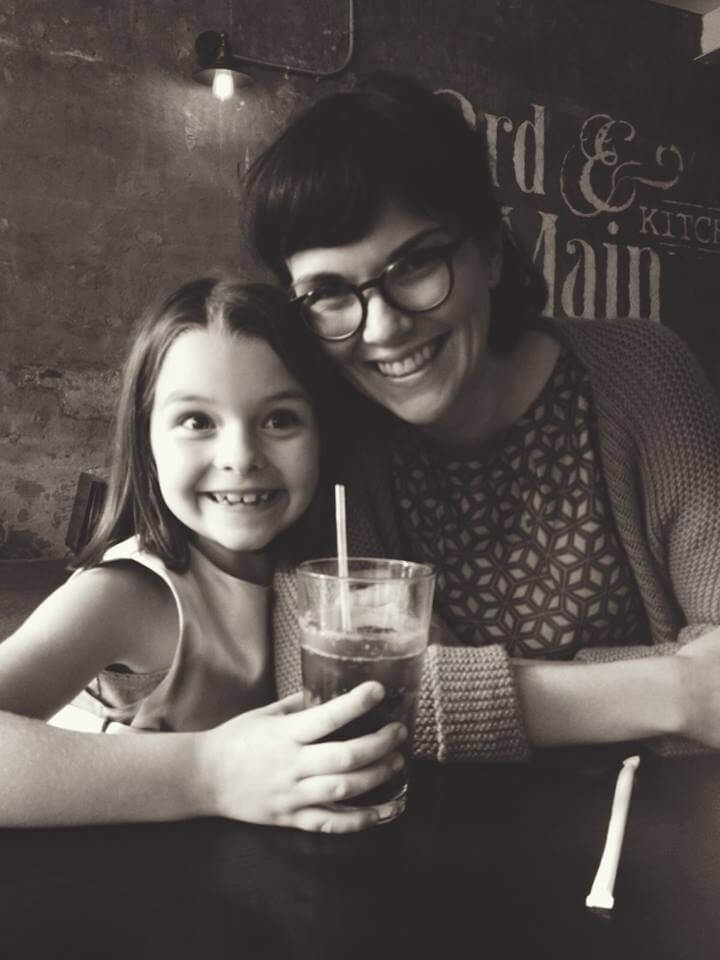 Why have children? Why teach children? The common, proper theological answers will only satisfy a father for so long. In the last several weeks of the school year, I polled my students. Their responses were apt, predictable, suitable. To carry on the family name. To fulfill the command to “be fruitful and multiply.” They could not give insider information on the matter. In the last several years, I have moved on to the greener pastures of parenting. I do it for pleasure now.

The typical claim about the pleasure of parenting is often shot through with such sentimentality that I should first declare that I am not some guileless saint whose favorite hobbies are prayer and almsgiving. I have vice enough for two, and my mediocre health evidences years of over indulgence in food, drink, and so forth. I regularly confess the sin of thinking first of myself, thinking only of material things, and simply forgetting that I am a father and husband for days on end, becoming lost in enigmas of selfishness and acquisition. That said, there is no pleasure like that pleasure which comes from making a child happy. I dare the most hardened nihilist to take the Pepsi challenge and see if this isn’t true. Do something you enjoy, then show a child a fun time, and the latter will release far, far more hedons into your brain.

Adults possess unique powers to make children happy. I can make my children far happier than I can make my wife. Adults possess power over the imaginations of children, but adults don’t have power over one another’s imaginations. There is nothing my wife can do for me that I couldn’t have dreamed up. She can surprise me or astound me or give me joy, however, my wife can do for my children “abundantly beyond” anything they can “ask or imagine.” In this, adults have divine power over children. An adult cannot blow the mind of another adult, but an adult can blow a child’s mind in the same way that God can blow an angel’s mind. The adult conceives of the world in a fundamentally, essentially deeper way than a child, which means that the consciousness of an adult is capable of reaching beneath a child’s very consciousness to lift it up. You can put your kids to bed, then wake them up two minutes later for ice cream. Such a thing is not merely a surprise, for surprise deals in the realm of the unexpected. No… such a treat is a revelation, a reordering of expectation, a new frontier of possibility, the inauguration of a loftier reality, the unveiling of being.

For almost a year now, I have been writing letters to my daughter as Peter Pan. She writes a letter to Peter, leaves it on her dresser, and I respond in the night, signing my name “Peter Pan.” When she asked me if I write the letters or if Peter does, I told her to ask Peter who is writing the letters. She asked and I wrote back:

I heard that you wonder if I, Peter Pan, am actually writing these letters or if your father is writing them. You were clever to notice they are in his handwriting. So am I writing the letters? Yes and no. How can I write them until I become real? I will become real at the end of time, but until then, your father is helping me become real.

I could not do such a thing for another adult, but the ambiguity is real enough in my daughter’s mind that she both is and is not offended when Peter forgets to respond to her letters. I have also taught my children that stars are angels, that the moon is Mary, that the bread and wine are the body and blood of Jesus. I will read the letter of Prester John to them as uncritically as most men rattle off sports scores to their buddies. Certain truths may only be communicated to a child; we do not believe certain truths as adults because we do not learn them young enough. These truths require not only reason, but an ontological, eminent authority to declare them— for the most part, adults acknowledge no ontological, eminent human authorities. While I say I believe in the miracles Augustine records at the end of the City of God, in truth, I only hope I believe in the miracles. I encountered these miracles too late, and so my intellect is too weak and too materialistic (too “divided,” as per 1 Cor 7:34) to credit them with genuine enthusiasm. Sadly, I have come to the miracles as an adult hearing another adult.

In the Proslogium, St. Anselm teaches that God is “whatever it is better to be than not to be.” Of profound consequence in that dictum is the use of “whatever,” as opposed to “He who is…” That “whatever” flings the imagination beyond itself, but also lassoes the imagination into the project of theology. The best theologian will be a creative and imaginative thinker, and not necessarily a precise and unambiguous thinker, because God is “whatever” and not someone or something in particular. The man who knows God best will be the man whose imagination unfurls the farthest; it is not particularly surprising that the most adept theologian in Scripture also speaks in dreams. Whoever can dream up the best God, that man is right. Anselm’s “better to be” plays up natural and proper human desire, human longing. The real God is also the most desirable God. Human longing, in and of itself, tutors man in right theology.

While it might seem overly obvious, let me suggest that Anselm’s claim has a profound import on what it means to teach. If a good God is “whatever it is better to be than not be…” then the best teacher is he who does “whatever it is better to do than not do.” The good teacher will have spent many hours trying to recall what kind of teacher he wanted while younger. I have a beard which is nearly twenty inches long mainly because it struck me years ago that a teacher with such a beard seemed far more desirable than a teacher without such a beard. Although I had no names to ascribe to my desires twenty years back, I know now that the teacher I always wanted in high school was an uncanny Robert Graves-type, a mystic Hermann Hesse-type, but also pastoral like the Fox from Till We Have Faces. And so I have labored to become such a teacher.

The pleasure which pleasing a child brings is greater than other kinds of pleasure because it is uncomplicated by thoughts of repayment. A wife can repay a favor, a father can repay a favor, an employer can repay a favor. Children, on the other hand, have no money and no power. “Repayment” with love is not repayment, but treasure in heaven. The man who makes a child happy does not question his own motives, for the pleasure derived from pleasing a child is not sensual, but spiritual. Not only does the parent maintain godlike power over the child’s imagination, the parent who uses that power to please a child can do so innocently, and it is the innocent enjoyment of making a child happy which brings about theosis. Who but God enjoys power with untainted righteousness?

The reward for making a child happy is the indelible memory of a child’s joyful face, and I have found no more potent weapon in fighting temptation than the recollection of joy I have given a child. The man who makes a child happy has used his own body, his mind, his soul, his time and his things in a fitting manner. The recollection of a child’s joy in the moment of temptation reveals the ugliness of sin. The icon of a child’s happy face curdles into tears, wounds and suffering when recalled in the moment of temptation. To sin is to will away the joy of a child.

Sin is not only war on God, but war on all innocent creatures and all goodness. It will be difficult for a man to fight temptation unless he can recall images of innocent suffering in the moment sin comes calling. For most men, images of the crucified Christ can’t or won’t appear, and neither does a man care enough for his own soul to imagine himself weeping and cursing himself— but a man will turn in revulsion from the imagined countenances of his weeping children, especially if he has born witness to those faces in moments of ecstatic joy.

Have children of your own. And teach others’ children in the place of a parent. Be the teacher you always wanted. Give joy. Fight the devil.