Grades Are About To Die: How To Prepare For It 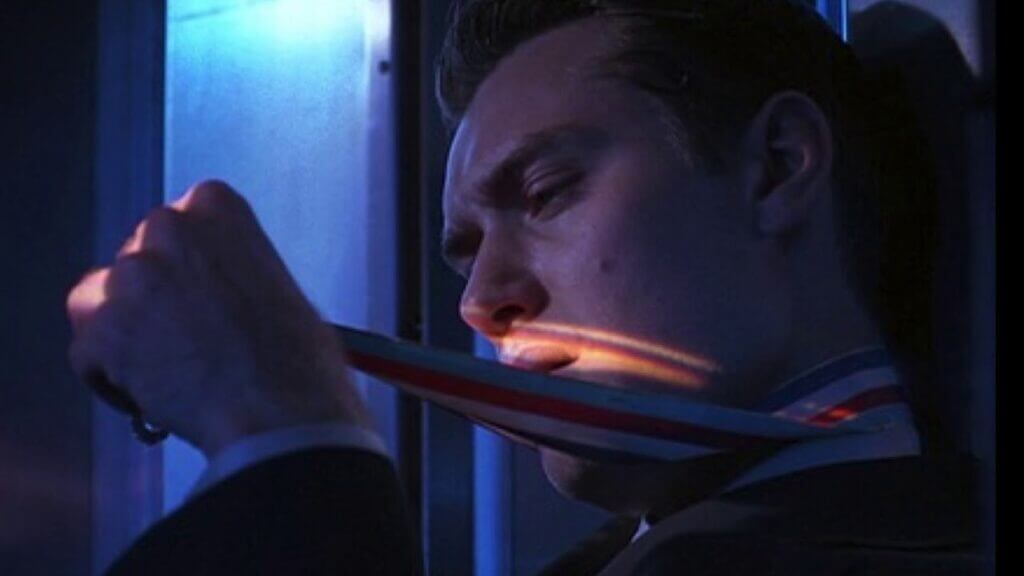 Despite their omnipresence and omnipotence, I believe that schools and universities are living through the last days of grades. Within a generation, I expect report cards and transcripts, numerical grades and letter grades, dean’s lists and honor rolls will be widely despised, disparaged, and moving hastily toward a summary demise. The abolition of grades will not be an isolated movement within the realm of education alone, but part of a much larger cultural trend which is already at work in the world. Simply put, I do not believe schools will have much of a say over the matter—no more say than a fallen branch has over the direction it travels in a river.

This river— the larger cultural trend that will do away with grades— can be seen anywhere our society bestows honor. The Academy Awards are one bad fall away from being euthanized and once the Oscars go, many other awards shows will go with them. Ten years ago, media outlets lavished attention on the Best Of lists they published at the end of the year, wherein books and records and films were numerically ranked according to their beauty and glory. Today, such lists still exist, and yet they are something of a contentious embarrassment for those who publish them. Declaring a certain record or film to be “the best of the year” invariably brings accusations of either bigotry or pandering. There is no middle ground. Bestowing honor is becoming far more trouble than it is worth.

Because lists and awards and grades are hierarchical, they are now commonly viewed as patriarchal and oppressive. The Academy Awards will die when a critical mass of viewers finally admits the best films and actors are no longer honored— or that the concept of “best” is no longer best— and that a new system of determining and bestowing honor has emerged in our midst. The Academy Awards will die as soon as they are no longer financially viable, as soon as they fail to turn a profit, but they will fail to turn a profit only because people quit watching for reasons of boredom and disgust.

However, grades and awards have everywhere fallen into disrepute. The common man encounters grades on a daily basis. Online spending accounts for a staggering volume of our purchases, and most things bought online come with little report cards. In a former age, lab reports were graded and so were literature essays, but in our age everything is rated: backpacks, bottles of gourmet ketchup, paints and paintbrushes, underwear, air purifiers, clocks, microscopes… Everything is sold online and everything sold online is graded. Of course, consumers are becoming increasingly aware of just how many of these grades are inflated by robots and persons paid to say a certain pair of briefs is “very comfortable” or that a particular electric toothbrush “works great.” Some estimates suggest nearly half of all online reviews are fake. Our growing distrust of online grades cannot fail to breed distrust of academic grades, as well. We are nearly at the point that all grades will seem eerily, unbelievably high.

On this point, though, I must turn to the matter of grade inflation. Grades and grade inflation are simply no longer distinguishable from each other. If academic grades were not horribly inflated, I suspect our aggressively egalitarian society would still be on the verge of pitching them, and yet the fact that grades are horribly inflated simply makes it a matter of common sense to dispose of them. The fact is that conservatives and progressives both have reason to hate grades: grades will never be egalitarian enough for the Left and, in their inflated state, grades no longer aptly judge competency or merit enough for the Right. It is not the uselessness of grades which will prove their undoing, but their near uselessness.

Grade inflation is a sort of perfect storm. No individual or party is entirely responsible for it— not teachers, not parents, not administrators, not students, not colleges or high schools, not employers. All share in the making and perpetuating of the problem and this is because grade inflation involves fakery, the same kind of fakery which currently besets modern art. In fact, the modern art market makes for a convenient way of understanding the modern grades market.

In addressing fakery in modern art, the late Roger Scruton wrote, “Faking depends on a measure of complicity between the perpetrator and the victim, who together conspire to believe what they don’t believe and to feel what they are incapable of feeling.” In other words, the modern artist pretends to be a genius and his audience pretends to understand his work, then art buyers pretend his work is worth an outrageous price. The man who pays a hundred million dollars for some splatters of paint is actually idolizing his own intellect. He is pretending to understand the painting on a level that justifies the price. The more he pays, the smarter he is. When the art buyer flatters himself, the creator of the art can also flatter himself, for he may tell himself his art is worth such a price.

Grade inflation has more or less come about the same way. The student pretends his work is better than it is, the teacher agrees to pretend with the student, and the high grade the work receives is not only a tribute to the genius of the student but the teacher’s tribute to his own genius. Everyone wins. We judge the student by the teacher and the teacher by the student. If an entire class fails a test, we say, “The failing grades cannot stand. The teacher obviously did something wrong. Entire classes do not fail tests on material which has been competently presented.” Reasoning thus, we cannot help believing that a test everyone aces speaks to the genius of the teacher. In the same way a teacher has the power to give all A’s, so every media mogul has the power to pay too much for a painting by Willem de Kooning. Thus, art prices have steadily risen over the last fifty years, and grades have steadily risen over the same time period.

Our country is fast approaching a point where fiscal responsibility will demand US employers quit taking grades seriously. In the same way “Best Picture” no longer refers to the best movie made during the year, neither does an A mean “excellent.” As teachers now commonly joke amongst themselves, “A is for average.” Fakery is lucrative in the short run, but ultimately costly. Widescale flattery obscures competence, which leads to error and waste. For better or worse, there is a genuine fortune to be made by respecting reality— though this fortune is never as large as the imaginary fortunes briefly conjured by deceit. Grades will end as soon as big corporations (and universities) figure out a way of moneyballing the academy, so to speak. Grades still seem a somewhat financially viable way of assessing the talent and genius of students, but as soon as a more accurate way of determining talent comes along, grades will pass away. In the same way some baseball players are worth a lot to their teams even though they don’t hit homeruns, so some students might prove immensely valuable to prestigious companies though they don’t get high grades.

Before report cards and transcripts are laid to rest, we will likely pass through a stage wherein a 2.8 GPA will become more desirable than a 4.0. In the broader context of widespread institutional fakery, a lower GPA will not mean a student struggles with school but will signify the student comes from a community wherein flattery is neither demanded nor accepted. Or, the 2.8 will be desirable for the same reason distressed jeans and antiqued furniture are desirable. Inasmuch as grades have become a kind of social posturing, we might even be willing to pay extra for imperfect grades. If a 4.0 GPA is meaningless, a 2.8 GPA could be just as meaningless, but have the added feature of being unusual and exotic. Reasonable people intuitively value what is rare. What will this mean when 97% of college applicants are “A students”?

Though honestly, the most compelling reason to believe grades will soon be put out to pasture has little to do with what we want and much to do with what the zeitgeist wants for us. The end of grades might owe very little to our frustration with flattery, inflation, inequality, and inefficiency, but depend entirely on the regular cycles on which fashionable idols come and go. It is the nature of zeitgeists to constantly change. The zeitgeist is a demon and thus not capable of creating anything, only of destroying— the inflation of grades was itself a kind of destruction, a destruction of honesty. However, grade inflation is no longer distinguishable from grades, and so the only way to end grade inflation is to end grades. All the sentiments about health, sexuality, gender, race, censorship, freedom which were thought progressive and enlightened back in the 1990s are considered hopelessly vulgar today. In the Modern Age, priorities and morals are just as faddish as diets. The zeitgeist is very good at making promises. Grades were themselves a kind of promise— once the spirit of our age can come up with a better promise, though, I suspect everyone will let grades go.

If the demise of grades is inevitable, so what?

Most classical teachers don’t like grades, and the same is probably true of administrators at classical schools; however, classical schools keep conventional grading systems because they do not believe they can survive without them. Conservative Christian parents (and potential parents) would view the abolition of grades as a move toward pure subjectivism, a nod to the zeitgeist. This is somewhat ironic, of course, given that grades are already quite subjective— it is the subjective nature of grades which makes grade inflation possible. The strict use of a rubric always produces lower grades. Regardless, many classical teachers and administrators have been waiting for the end of grades for some time, watching the horizon.

Allow me to suggest the better option is for classical schools to begin backing away from grades while they can. If classical schools wait too long, it won’t be our choice to give up grades, but a demand issued from outside. When public schools abandon grades, private schools will have no choice but to do the same. Because there are good and bad reasons to step away from grades, it would be far better to step away while classical schools can control the narrative and not appear like a bunch of gutless bandwagon-jumpers. If classical educators wait until the zeitgeist demands we give up grades, it will mean we must wave our hands apologetically at the watching world and say, “Yes, we’re giving up grades, too, but we wanted to do this for years. Plus, we’re doing this for good reasons, unlike most people.” Not exactly a position which inspires confidence. If classical schools wait for the zeitgeist to tell us we may not have grades anymore, there is no telling what other orders we will have to obey at the same time.

This show is dull. I say we leave a few minutes early and beat the traffic.