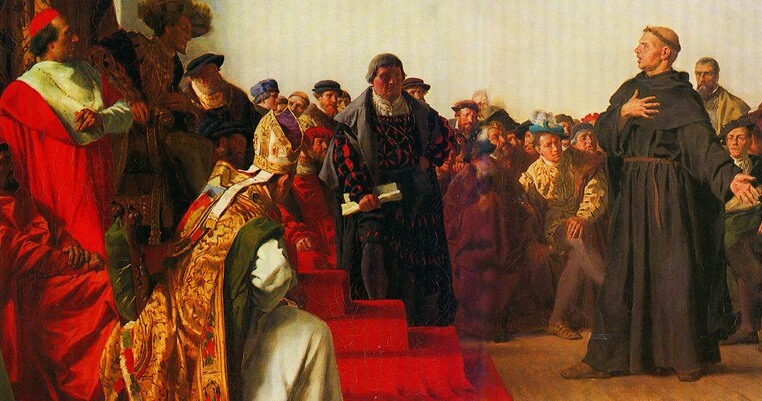 While teachers can avoid confrontation here and now with the claim that “Good Christians disagree…” they are nonetheless contributing to a horrible crisis of faith years down the road. When students hear teachers say, “Good Christians disagree,” they intuit that the teacher is trying to avoid saying, “Your pastor is wrong.” Instead of saying, “Your pastor is wrong,” the teacher doubles down on diplomacy and declares, “Your pastor is (probably) a good Christian, even if he doesn’t agree with St. Augustine.” Of course, the teacher has never met the pastor who disagrees with St. Augustine, and the student knows this. What the student comes to understand, then, is that being polite and tolerant is more important than believing the Truth. As soon as the student is in college, he will meet atheists, transcendentalists, Muslims, secularists, and they will be kind enough. The student will recall “Good Christians disagree” and realize that some of the atheists he knows are even more kind and generous than the people with whom he goes to Church. The student will recall the insistence of the teacher that kind and generous Christians disagree on the matter of icons, Scripture, and so forth. In a smooth, ballet-like movement of intellection, “Good Christians disagree on the matter of icons….” will easily become “Good human beings disagree on the matter of Christianity,” and the diplomat will cave so deeply to diplomacy, he will cease to actually represent a foreign country where things are done differently.

As Lewis notes in “Man or Rabbit,” Christianity is not a religion which is aimed at making men moral. Rather, Christianity is a religion which makes men divine. Morality is indispensable, but morality will be swallowed up in the apotheosis of a man. Classical education does not work against such intentions, which means that a classical education is unconcerned with whether “Good Christians disagree…” on an issue.

An ecumenical community should foster a number of pan-traditional friendships; if an allegedly ecumenical community does not feature friendships between Catholics and Lutherans, Orthodox and Presbyterians, the community will not last long and should not expect to accomplish much. The Catholic-with-a-generous-soul and the Presbyterian-with-a-generous-soul who become fast friends have not learned that dogma does not matter. They have learned of the profound liberality, leniency, and mercy of God. They have learned that God uses “the things that are not to confound the things that are.”

When students bring up disparities between a text and their parents, or their church, be honest with them. Tell them, “St. Augustine and the SBC are not in agreement on this issue.” Do not pretend the issue is inconsequential, for neither the Presbytery nor the Synod thinks these issues inconsequential. Disagreement is no cause for embarrassment. Do not tell students a controversial issue “does not matter,” for they will believe you, and take your own teaching farther than you wish. Tell students that secondary matters are significant. “As a man thinks in his heart, so is he,” and so a belief in icons or cremation or Sola Scriptura gets down to the essence of your person. It is not some mere ornament.

“Slow but steady wins the race” works both ways. The Devil will not ask a student to doubt the importance of the Resurrection before first getting the student to spend a few years doubting the importance of everything which falls just left of the school statement of faith. When students bring up disparities, send them back to their elders. Any teacher worth his salt who is teaching the City of God to a class of engaged Presbyterians, Lutherans and Baptists should be regularly fielding questions for which the answer is, “Speak to your pastor about this. Talk to a teaching elder about this. You are a “man under authority” and you owe diligence and obedience to your spiritual caretakers.” Such students will not merely believe the right things, they will believe the right things deeply. The Presbyterian student who will not cave on the issue of icons will neither cave on the divinity of Christ.