A Few Words About The Book I Have Written 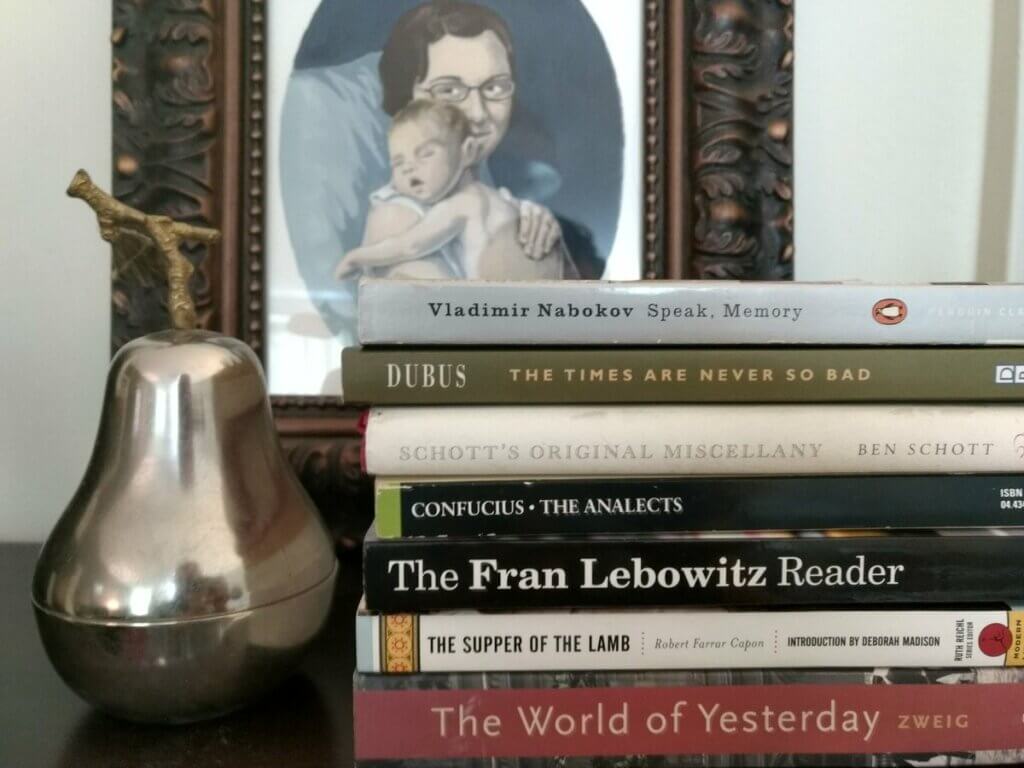 I have written a book.

After sitting on that first sentence for two days now, I still can’t help thinking it sounds like a threat.

At sixteen, I wrote short fiction. At twenty-six, I wrote out my lectures. At thirty-six, I was only finishing one or two short stories a year, fiction was largely becoming a thing of my past, but I was publishing close to eighty essays online every year. I might have been content to spend the rest of my life as an essayist, but David Kern asked me to write a book, and he asked nicely, and I could not turn him down.

When I first began writing short stories in high school, I distributed printed copies to friends, and craved a wider audience, as do most writers. When I moved from Moscow to Chicago in 2003, I needed a way to keep in touch with friends back home, so I started a blog— back when “blog” was still an awkward neologism that a fellow pronounced in italics, with a questioning look. Over the next decade, I ran two blogs, Folding A Map and The Cedar Room, and never really exceeded more than a hundred hits a day, though those hundred hits were very precious to me. In 2013, I published my first article on the CiRCE blog, and in the five years since then, more than three hundred others have followed.

I like blogging because there is immediate feedback, and so it took me several months to really enjoy the work involved in writing a book. So far as blogging is concerned, I hit the “publish” button and within ten minutes, someone has responded in some fashion, even if only on social media. With a book, however, I would write for an hour or two, hit “save,” and then my words would simply lay there motionless. No payoff, no zing, no offense.

At some point in the third month of writing How To Be Unlucky, however, that motionlessness became intriguing. The motionlessness betokened the formation of something which would prove far more permanent than an essay posted online, for online essays tend to have a quick shelf-life. If they don’t catch fire in the first two days, chances are good no one will ever read them. A book— a flesh and blood book that someone might someday burn because they hated it so much— would be attached to my name until the day I died. “Joshua Gibbs (How To Be Unlucky) passed away last Thursday at the age of…” A book is somehow an extension of a man’s very person. No man I can name has ever been excommunicated for writing a song or building a house, but a book might be enough for the fires of Hell.

I do not mean to suggest that authoring a book is necessarily a bigger deal than it is. I now join the proud ranks of Charles Barkley, Kelsey Grammar, and Phil Collins as someone who has written a book about myself and my work. That said, I am quite pleased with how the book turned out and believe it will prove sufficient to delight, confound, and unsettle anyone who takes it up. I hope the reader, by the final page, will judge the book provocative, but not needlessly so; affable, but not ingratiating; challenging, but not esoteric.

I was not much of a student in high school, though my own authoring of a book lays down an additional coat of irony upon my career as a teacher, for my standard answer to the question, “Have you read…?” is “No.” As a child I was an avid television watcher, and when I became interested in books just twelve years ago I had absolutely nothing for speed, and to this day, it takes me an hour to read ten pages. I have read nothing by Cicero, nothing by Seneca, nothing by Plutarch, Karl Barth, Faulkner, Tom Wolfe, Proust, Flaubert, Hugo, Thomas Hardy, Heidegger, Hegel, Kant. I do not know who Jurgen Habermas or Richard Rorty or Ludwig Wittgenstein are. I have read one Jane Austen novel, which I loved, and one Wendell Berry book, which I did not much care for. I have read less than a hundred pages of Kierkegaard. I have read less than fifty pages of Aquinas. On the other hand, there are a few great books which I have read over and over again: the Divine Comedy seven times, The Consolation seven or eight times, Paradise Lost five times, Plato’s Republic four or five times, the City of God (the second half of it) five or six times, Hamlet nine or ten times. If I do not like a book, I put it down. However, if I really like a book, I still often put it down. Several friends encouraged me for years to read something by Charles Williams, so I took up All Hallow’s Eve over Christmas break two years ago. I liked the first twenty pages so much that I had to write my own short story in imitation, and this took me four days. Then I read the next twenty pages and liked it so much I had to write another short in imitation, and this took me a week. And then Christmas break was over, and I have only intended to pick up the book again ever since.

I might name twenty or thirty other classics which I read in full, out loud, every year or so, though frequent readers of my work will note that I do not make diverse references to recent authors, but mainly refer to Remi Brague, David Bentley Hart, and Peter Leithart. I am terribly selective about what I read, and I remember most of what I read, because I believe most of what I read. Many people are smarter than me, and they are smarter because they have read more— nonetheless, I find there to be something deeply disturbing about someone who has read the City of God, claimed to “really like it,” and yet has no favorite passages, only prays extemporaneous prayers, and often speaks of the basic human need to “just figure out who you are in the world.” What is more, there is a certain kind of intellectual who has read thousands of books, but only has the ability to believe the last five. It may be the mark of a petty man to have not read much, but it is the mark of a fool to not remember much.

When I have time for reading something new, I am often slow to take up recently authored books, simply because I am afraid they will be a waste of time— which is not to say that I am afraid they will not be good, but that they will prove no more valuable than a movie like The Hurt Locker or Argo, both of which were interesting enough (I guess), but neither of which has proven memorable, transformative, or worthy of a second look. I formerly trafficked used books and so I am aware of the staggering volume of disposable titles about theology, politics, diets, and sports figures which currently clutter the shelves of second hand shops. With How To Be Unlucky, I wanted to write a book which would repay a second or third look, and which contained a dozen or so punchy chapters that teachers might photocopy and hand out to students studying any number of philosophical or spiritual matters, from self-control to self-delusion. As a teacher, there is a small stable of essays and chapters from longer works which I depend upon for perennial discussions (about popularity, parents, pop music, religious sentiment) which I have with every class I teach, regardless of age. My goal was to write a book dense with such possibilities for others.

As I have only just turned 37, I suppose someone would be within their rights to ask, “What makes you think you’re qualified to write such a book?” But my book is not one which you must read (though you must read Homer and Dante) but one which, I hope, would appeal to anyone with a basically human sense of curiosity. You do not pick up the Odyssey and say, “This might be good.” Your people have already determined it is good, and if you do not like it, the problem is not with the book. Newly written books are quite different, though. They might be good. Many of them are not, but still. At the moment, I am merely sitting on the patio, you are in the house, and someone has just said to you, “There is a fellow out back who has seen some strange things. He is talking about them. He does not claim to be good or wise, but he does claim to have spent a long while paying close attention to human beings, and he has a few interesting reports to make about them.” You are free to come sit out back with me for a little while.