The Door That Fits: Rhetoric’s Modes of Persuasion 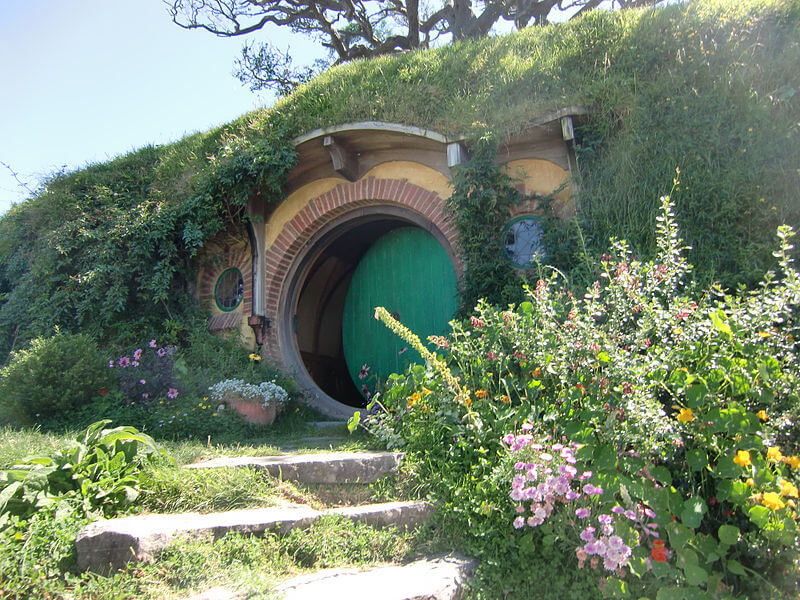 Among the more famous doors in literature is one “perfectly round . . . like a porthole, painted green, with a shiny yellow brass knob in the exact middle”: the front door of Bilbo Baggins’s Bag End, through which his unwelcome adventure arrives with thirteen dwarves and one wizard on a Wednesday afternoon. Yet, however distinctive, Bilbo’s door shares a characteristic common to all doors: it fits the nature of the house it guards and the guests it welcomes. A perfectly round door does very well as the entry to a round hobbit-tunnel, and it does very well in admitting small round hobbits. It would not do at all as the entry to a house for men, and it isn’t quite fit for welcoming tall wizards, either.

Persuasion is the door by which truth enters the soul, and as such, it fits the nature of the soul-house it guards and the truth-guest it welcomes. To study it, then, is to study them. Yet rhetoric, the study of persuasion, is sometimes described as a skill and not a subject, taught to enable us to do something but not to teach us something. Scott Crider writes in The Office of Assertion that “To argue that rhetoric is a liberal art is hardly common. Intellectuals in both the humanities and the sciences generally believe that rhetoric is a corrupt form of inquiry” (2-3). Crider’s book goes on to establish that rhetoric’s inquiry is not corrupt, though corrupt people may use it so. Perhaps the claim could also be made that rhetoric is not only inquiry, but also instruction in the soul and the truth it mediates.

Classical rhetoric teaches three modes of persuasion: logos, ethos, and pathos, loosely translated as reason, character, and emotion. Logos persuades by demonstrating an argument’s correspondence to reality and appealing to the audience’s rationality; it relies upon the laws of logic, beginning with the Law of Noncontradiction. Ethos persuades by demonstrating the arguer’s trustworthy character and appealing to the audience’s own honorable nature; it relies upon the virtues and their verbal counterparts—clarity, precision, tone. Pathos persuades by demonstrating the argument’s rootedness in the world of things and appealing to the audience’s sensibilities; it relies upon the senses, using poetic tools such as description, metaphor, imagery, rhythm, alliteration.

But why logos, ethos, and pathos, particularly? Why not some other trinity of persuasion?

Because this door, and not others, fits the frame of the soul-house—indeed, it sketches the shape of the soul. A reader of the Republic may recognize in the three modes a mirroring of Plato’s soul, with its rational part, its spirited part, and its appetitive part. Plato’s imagery makes sense of our own experience of interior voices debating to direct our wills; of the conflicts we endure between common sense, morality, and desire; of the profound peace in decisions where all three are confirmed. Good persuasion unites the three modes because it seeks to unite the soul.

Through this connection, rhetorically astute students may make inferences about the soul based on the approach to persuasion. They may, for instance, notice that most 21st-century persuasion, from political platforms to Superbowl advertising, relies mainly on pathos (the colors, the music, the images arousing all kinds of desire) with a shake of dubious ethos (the advertisement’s customer testimonial or the candidate’s appeal to small-town roots). They will infer that the 21st-century soul makes little use of reason, including the Law of Noncontradiction; that it is ruled by its appetites; that its virtue lies on its surface.

But there is another reason that logos, ethos, and pathos form the modes of persuasion. Not only do they fit the house; they also fit its guest, truth. And this, perhaps, flies in the face of our assumptions most of all. For we often associate truth with “the facts,” cool and hard, disembodied and dispassionate. By asserting that truth must be communicated through ethos and pathos as well as logos, the modes of persuasion belie this assumption and affirm truth in its wholeness.

Ironically, one of the places that truth in its wholeness is often compromised is the same place that the modes of persuasion are taught. Classical educators sometimes become so swept up in the logos of truth and persuasion—the ideas, the logic, the mind—that they neglect the embodiment and the emotions. But if we are pursuing wisdom and virtue, not just validity and soundness, then we must keep a firm hold on ethos and pathos in our literature discussions, math lessons, science labs, music rehearsals. We will ask questions like these: What impulse moved the character to make that decision? How is this algebraic equation’s simplicity beautiful? What is the difference between a musical crescendo that directs the listener and one that manipulates her? How does this graph honestly represent the truth about these results?

Historically, holding the three modes in wholeness has also been hard for Christians. Christianity can be seen as innately rhetorical, for chief among its concerns are the truth, the soul, and persuasion (evangelism). Several of Christianity’s noted heresies misconstrue the nature of the soul, swinging from a gnostic emphasis on mind-to-the-exclusion-of-body to social gospel’s body-to-exclusion-of-mind to therapeutic deism’s heart-to-exclusion-of-anything. Misconstruing the soul, they also misconstrue the nature of the truth that should enter it: the truth of the gospel is reduced from its wholeness to a mere idea or moral code or emotional crutch. Misconstruing the soul and the truth, they then misdirect their evangelism, relying on sterile apologetic proofs or heavy-handed didacticism or emotion-laden tent rallies. When logos, ethos, and pathos are divorced, the soul is fractured, the gospel is compromised, evangelism is impotent.

This, then, is why we study rhetoric: so that classical education can nurture wisdom and virtue, so that Christian conviction can light up life and evangelism. So that we may be teachers who summon students’ minds and characters and passions in pursuit of the true, good, and beautiful. So that our students may become artists whose work embraces its moral calling, technicians who attend to beauty as well as utility, salesmen who present products with honest disclosure, parents who communicate both discipline and love with fluency, architects who plan buildings that are enduring as well as profitable, politicians who articulate premises as clearly as promises, doctors who submit procedures to ethics, pastors whose sermons strive to proclaim the grace of God with the graces of language.

So that we may be imitators of God, who persuades our souls through a Word that unites the logos of intricate argument, the ethos of reliable and consistent testimony, and the pathos of story and poetry.