Does Everything Need Some Big Dumb Deeper Meaning? 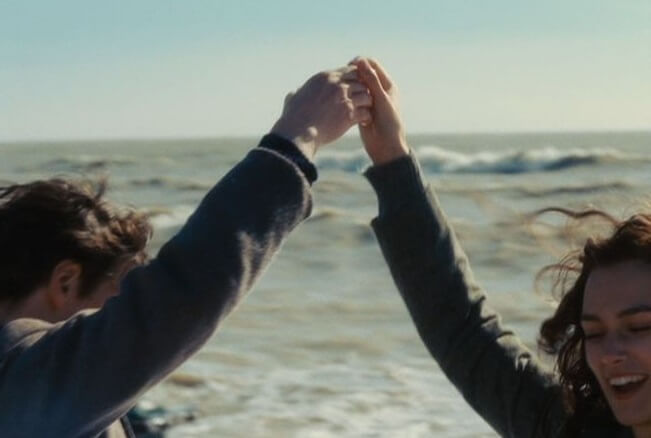 On Tuesday, secondary students were excused from their last class of the day and learned to square dance in the gymnasium instead. Rarely have I seen them all smile so broadly and enjoy one another’s company with such zeal. I sat in the stands and watched them reel and revolve for an hour. They were missing a theology class, a philosophy class, but what did it matter? Dancing is incarnate cosmology.

The following day, as class began, I told the class of my delight while watching them. It had been well worth missing class that they could dance, and I added, “Dancing is it’s own kind of philosophy, if you think about it.” I was prepared to unveil for them the dancing square as an image of the earth, and the constant revolutions of the dance as an imitations of the spheres, but many faces filled with gloom.

One student moaned, “Why does dancing need to have some deeper meaning? Why can’t it just be fun?”

This is not the first time I have encountered such an objection. The longer a man studies history, philosophy, and theology, the more he understands the rarified origins of things. He knows how everything comes from the some place spiritual, some place deep, some place hidden from the casual observer. Nothing comes from nothing, but all things derive their being from God. The average student at a classical Christian school does not truly believe this, though. The average Christian reasons like a materialist and an atheist.

You need to live as though things are meaningful by nature. You must discern the meaning, not invent the meaning

This is the atheist catechism:

Why do men shake hands when they greet each other? They just do. There is no reason. We needed something to do when we meet so that it wouldn’t be awkward. Someone just came up with shaking hands.

Why do we fold our hands to pray? To keep from fidgeting. There is no good reason. We might as well sit on our hands as fold them.

Why do human beings dance? They don’t have to. Some people were probably bored once and decided to dance so that they wouldn’t be bored.

Why are cypress trees a symbol of resurrection? One time, some painter probably said, “I need something to symbolize resurrection,” and he happened to live near a cypress tree. He told some other painters and they didn’t really care, and no one really cared, so they all just sort of went along with it.

Because the atheist believes that material is primary, meaning and significance are always accidental. For the atheist, meaning is always added later. Meaning is an afterthought. Meaning is arbitrary. Meaning is not essential to a thing, and so meaning can be endlessly changed and substituted and emptied. Atheists believe things can lose their meaning, or that new meaning can be determined for old things. Everything is basically stuff, everything is tangible, and thus meaning and significance and symbol are sheer fantasy. White wedding dresses, black suits, golden rings, flower girls… none of it has meaning in and of itself. Make the dress whatever color you want. Play whatever music you like. Marry what you like. Figure out what it all means on your own. Hearing about the deep significance of a thing is a waste of time. Meaning is pure caprice, and thus hearing about the origins of a thing is no more interesting than hearing a long, absurd and poorly recalled dream of a child.

The Christian does not believe that material is primary, though. Because the Christian believes that a thing only has existence because it borrows from that existence of God, the Christian believes idea is primary and material secondary. At their most basic, things are ideas. A thing is a physical manifestation of an idea. Meaning is not added later. Rather, meaning is bound up in the thing itself. Meaning is not separable from a thing without physically destroying the thing. In the same way there are calories and vitamins in food whether you know it or not, there is meaning in wine, roses, bread, Christmas trees, and candy canes whether you know it or not. The meaning of a thing is not lost simply because a man does not know it. A thing and it’s meaning are inextricable because a simple, unified God underwrites reality. It is Christmas because a man eats a candy cane, not because he knows where it comes from.

For the Christian, all things derive from God’s glory and will return to God’s glory. For the atheist, everything comes from nothing and will someday return to nothing. Our students live and move and have their being in an atheist culture, though, and when pressed, they tend to interpret the world as an endless series of arbitrary accidents. Ancient things have survived into the present not because they are good, but by dumb luck or for the sake of convenience. Convenience is the materialist god. Materialists lack spiritual motivation, and thus they assume all other men do, too. Religion exists for reasons of organization and order. It does not matter what a man ought to do, what matters is that all men are equally compelled to do it. Forcing all men to go to Church maintained a kind of order, but forcing all men to obey the speed limit and pay taxes will do just as well. Everything is endlessly substitutable for everything else. Traditions are memorials, and once memory has faded, tradition is empty. If we cannot discern what functional, pragmatic purpose a thing serves, it ceases to exist. Our world is clogged with the vestigial detritus of the past. The sooner we can slough it off, the faster we will move. The faster we move, the sooner we can return to the nothingness from which we came.

“You do not need to understand where everything comes from,” I told my students, “but you need to live as though all things do come from somewhere. You need to behave as though things are meaningful by nature. You must discern the meaning, not invent the meaning. The world needs people who know this. The world needs people who are not bent on destroying old things and overthrowing longstanding institutions and gutting everything which cannot be understood.”

At the end of the hour, they were ready to hear about the philosophical implications of dancing. However, I told them I was sufficiently confident of all I had said and so they did not need to understand the philosophy of dance.

I said, “You danced. You participated in the meaning of dance, whether you know the meaning or not. You ate the dance. You brought the dance into yourselves. That is enough.”

I Was Absent, Did I Miss Anything In Class?

“Did I miss anything?” asks the student who was absent yesterday.