Does Contemporary Christian Music Have A Place In Classical Schools? 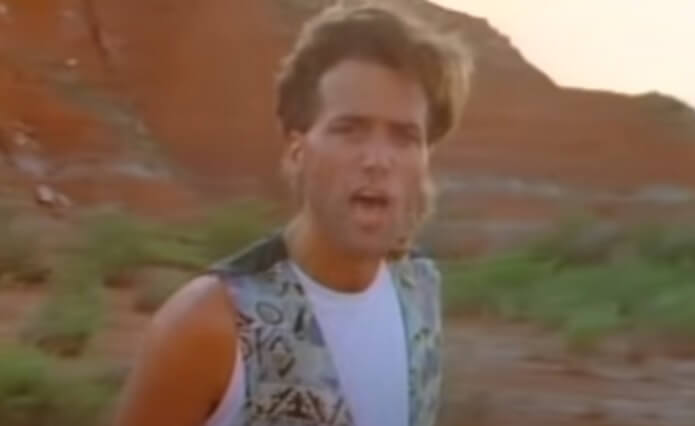 Gibbs: I was hoping we could talk about the music you were playing in your classroom this morning.

Gibbs: Do you think it is appropriate to play that kind of music at a classical Christian school?

Teacher: I was playing Christian music.

Teacher: Why is it inappropriate to play Christian music at a Christian school?

Teacher: It may be classical, but it is also an ecumenical school. I was playing the kind of music they play in my church on Sunday morning.

Gibbs: The fact that something occurs in your church on a Sunday morning doesn’t necessarily mean it is appropriate for the classroom.

Gibbs: You wouldn’t baptize a student in your classroom, would you?

Teacher: I see where you are going with this, but I don’t think your analogy holds up very well. Baptism is a sacrament, but music is not. Besides, the music I play has a good message. There’s nothing objectionable in the lyrics. It’s not going to hurt anyone

Gibbs: Classical schools are not particularly concerned with “good messages,” though.

Gibbs: No, which is why we teach Sophocles, Machiavelli, Rousseau, Marx, and half a dozen others, none of whom had a good message.

Teacher: But those authors have historical significance.

Gibbs: Yes. At a classical Christian school, historical significance is far more important than having a good message.

Teacher: But many of the books we teach do have a good message.

Gibbs: That isn’t why we teach those books, though, which is why this school also teaches Sophocles and Machiavelli.

Teacher: What exactly do you think “historical significance” means?

Teacher: Are you saying that contemporary Christian music is shallow?

Teacher: That is true, but so what?

Gibbs: It will likely be replaced by something else in the next ten years— something that is nearly the same, just a little more fashionable, a little more trendy. This is simply the case with all pop music, though.

Teacher: What does it matter that it will be replaced?

Gibbs: At a classical school, we want students to form lifelong relationships with music, books, and art. We want them to learn to love music that still sounds good in twenty, thirty, forty years. The only way to do that is to play them music that has already lasted eighty, ninety, a hundred, two hundred, three hundred years. We want students to develop tastes and preferences they can carry into adulthood. We don’t want students to have to reinvent themselves when they get married. We want them preparing for marriage and parenthood now.

Teacher: I know you don’t like the style of contemporary Christian music, but I can see this music bearing fruit in the lives of my students.

Gibbs: That may be, but the seed that fell on shallow ground sprouted, as well. It produced “new life,” you might say. Something green. A living thing emerged from the seed that fell on shallow soil, but it was withered by “trouble and persecution,” as Christ explains, because it “had no root.” Shallow things tend to have an immediate impact on people. The problem is that they do not last.

Teacher: Would you just admit that you don’t like contemporary Christian music?

Teacher: So this is nothing more than a difference in taste.

Gibbs: Classical Christian educators do not regard taste as an unimportant consideration to be casually brushed away. One of the most important things we can offer students is good taste, by which I mean learning to love beautiful things that have lasted. Bad taste is not a personality quirk, but a significant moral problem. If our students don’t love beautiful things, we have failed them. If we are graduating students who love shallow things, they might as well go to public school.

Teacher: I suppose you have good taste, then?

Gibbs: I only wish I did, but I enjoy plenty of servile trash, as well… plenty of cultural ephemera and fashionable hokum. I have to force myself to listen to Mozart.

Teacher: So, how can you give your students something you don’t have?

Gibbs: A fine question. I want to have good taste. I want to truly relish, savor, and enjoy beautiful things. I would be somewhat satisfied if my students wanted to have good taste, as well. I don’t bring my love of cultural ephemera into the classroom, though. I don’t play New Order’s Brotherhood for my students and explain to them how and why it moves me. Really, though, you’ve hit the nail on the head. How can I give my students something I don’t have? I really just need to be a better person. And yet, that is why I am a teacher. I teach to work out my salvation with fear and trembling.

Teacher: I don’t see much fear and trembling. You seem pretty cocksure.

Teacher: So, what bad thing do you think happens to people who listen to contemporary Christian music?

Gibbs: My concern here is that precious class time is being given over to shallow, ephemeral music. It is one thing for students to listen to pop music on their own. It is another thing for a classical educator to endorse pop music by playing it during class. Our students are inundated with fashionable, ephemeral entertainment every day after they leave this school. While they are at school, though, they have to listen to whatever we play for them. We should play difficult, challenging, spiritually enriching things for them because they are less likely to seek those things out on their own.

Teacher: I really want to play them something more on their level. I want to meet them where they are.

Gibbs: The lion’s share of students at this school mercilessly mock pop Christian music among themselves.

Gibbs: No one learns to like pop cultural artifacts. No one says, ‘Man, I really wished I liked Maroon 5, but I just don’t.’ Pop music exists to please us. If it fails to please us, it has failed entirely. Classical music doesn’t exist to please us, though. It exists for our own good, which is why people are willing to struggle in order to enjoy it. People learn to like classical music because it will still be around by the time they learn to like it. Bach isn’t going anywhere. There’s no point in learning to like pop music, though. By the time you like it, it’s passé.