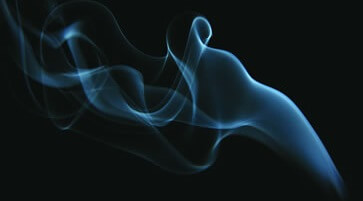 We might not expect the man who shaped Hell for the Western imagination to be capable of profound clemency, but Dante is full of surprises. In Canto V of the Purgatorio, the ream of the unshriven, Dante encounters Buonconte, a man who lived a vicious life but finally shed “one little tear” over the name of Mary as he died. A demon, sensing Buonconte’s death was eminent, awaited his final breath that he might drag him to hell. However, at the last moment, a saline prayer called forth a minister of heaven. An angel collected Buonconte’s soul up to Glory and the demon angrily complained:

O thief of Heaven, why do me wrong?

He’s thine— one tear, one little tear could rend

His deathless part away from me!

I would wager Orthodox theologian David Bentley Hart found this little scene from the Comedy quite moving, for he recreates it, deepens and expands it in his short story “The Devil and Pierre Gernet.”

“The Devil” concerns a talkative, nostalgic demon who spins a yarn about the titular Pierre, a brilliant and pious man from fin de siècle France who falls for Eugenie, the charming daughter of a wealthy, petty aristocrat. She ultimately spurns Pierre, who, in the following months gives himself over to drugs and blasphemy, all by the aid and design of the demon telling the story. The demon fancies himself a liberator of men, and as Pierre sickly breathes his last, the demon believes he has won a son for hell. The impiety and awful recklessness which typified Pierre’s final months— was it not basically suicide? And yet, the room floods with light and the demon is aware that an angel has arrived. In the devil’s own words:

I was furious… There was no question what this entirely unwarranted and despicable invasion meant: and of course I was incapable of preventing what was about to happen, since we were entirely stripped of discretion in these matters ages ago, as a condition of the armistice. So, as I watched, predictably, Pierre’s soul…. rose up from his bed where his body lay… [it] continued to rise… beyond my reach, and at once the angelic presence vanished as well, without any sign that any notice had been taken of me at all. As if they would deign to do us the courtesy. This was not the first time I had been despoiled of an ally I thought I’d fairly gained— by precisely this same ridiculous device of a sudden deus ex machina just as the curtain was about to drop— but that made it no easier to bear. This gross liberality of interpretation, as I’ve said, is absolutely typical of the way in which these assessments are conducted.”

That “gross liberality of interpretation” also seems on show when Dante is on the cusp of passing through Purgatory’s gate. The gatekeeper remarks, as he inserts the keys into the locks:

From Peter hold I these, who bade me err

In opening rather in keeping fast.

Hart wrote “The Devil and Pierre Gernet” in 2005. Since that time, he has, perhaps, ruminated quite deeply on this passage of his own writing. Last year, in the comments section of a blog post on Eclectic Orthodoxy, Hart represented himself as a resolute believer in apocatastasis, a particularly Eastern justification of man’s universal reconciliation to God. On the other hand, the Father of Lies must have children similarly gifted, and perhaps Hart’s “Devil” merely speaks as though he has harvested souls before, while it really is nothing more than a pipe dream.

While I have occasionally been flummoxed by other intellectuals’ willingness to make hobby-horse mountains out of Dante molehills (the Lutheran reader, for instance, who says, “This obscure, lonely passage in the Paradiso means Dante upheld the doctrine of Sola Scriptura”), I will make this confession: I find the most tantalizing passage in the whole Comedy comes in Canto II of the Inferno, when Virgil tells Dante that Beatrice has promised to sing his praises to God if he consents to lead Dante through Hell.

What good will that do? I honestly wonder.