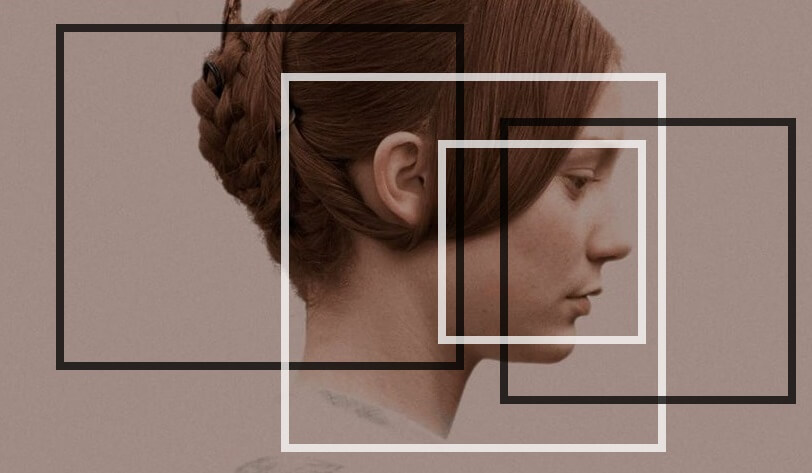 Let us suppose that sometime in the mid 19th century, a primitive animist tribe dwelling in uncharted jungle encounters a Western missionary who, amidst horrific gasping and choking, claims to be in possession of a holy book, a salvific book, a book from God himself, and then falls over dead. At the exact moment of his expiration, sweet rain pours forth from a cloudless sky, and the oldest and most venerable priest of the tribe confirms the benevolence of the omen. The dead missionary carries no portmanteau and his hands are empty. Upon searching his corpse, however, a book is discovered in his coat pocket. The book is entitled Jane Eyre.

Now, let us also suppose that (and this is the only truly far-fetched aspect of this little fantasy), the indigenous and primitive tribe can speak and read English, however, they have never read any work in English before.

Considering the signs which attended the giving of the book, Jane Eyre is received as a genuine oracle from God himself. The book is slowly read aloud to the people, and, as is only natural, very quickly the tribe comes to see Jane Eyre addresses life itself, reality itself, and so the book may be interpreted on four different levels of consciousness. Jane Eyre is an historical account of events which might have been witnessed by the human eye. Jane Err is the moral reading of the book, wherein the events of the story prescribe the particular duty one man owes to his neighbor. Jane Air is the allegorical sense of the book, in which the hidden nature of reality itself is revealed and the reader finds his place in it. Jane Heir is the eschatological sense­­­­— the sense in which the novel bears witness to the origin of the world, but also the final state of rest which the world must necessarily achieve.

Having recognized the source of Rochester’s virtue, a certain man burns down his hut and ceremonially blinds himself. Two other men do the same, then another, and by the time the fourth man burns down his hut, rules have begun to emerge about what time of day the hut must be burned and what passages of Jane Eyre must be read during the ceremonial blinding.

Very few men take up such an extreme life of contemplation, and the village will never have more than six such mystics. We must now lay aside the false premise that we are only supposing all this and speak as though it is true. We also must not speak of the tribe in the present tense, which gives the reader the impression the tribe is fleeting, ephemeral, powerful only in the moment. Their society has, in fact, already lasted a very long time.

Over the first century after the revelation of Jane Eyre, marriage rites evolved among the Janists, and even those men who did not become Rochesterian mystics, but rather lived as laymen, passed through a sacramental reliving of Rochester’s life before they were permitted to wed. Rochester was seen as an Adamic figure, and the Janists came to believe all men were (according to the Jane Air hermeneutic) born into the vicious state in which the reader first finds Rochester when he is introduced in Chapter 12. Bertha Mason is paradoxically understood to represent sin, as well as guilty and innocent suffering which results from sin, for Rochester guiltily suffers by way of Bertha and Jane innocently suffers because of her. Before a man is fit to marry, he must wait for Bertha to perish, and the betrothed man does this by fasting for a week and then “passing through a great conflagration” wherein a small bonfire is lit and the groom must leap over it. He is then blindfolded and waits in darkness for three days, after which he is married and his fiancé removes the blindfold. During this ten day ordeal, the betrothed woman must become Jane; this is accomplished in a series of three trials. In the first trial, the woman is abandoned to the wilderness for three days where she starves as does Jane when she leaves Thornfield. For the next six days, a friend of the groom playing the part of St. John Rivers comes to the home of the bride and tries to persuade her to marry himself; while this attempted persuasion is not done in earnest, it is customary for the man playing St. John Rivers to abuse his friend a little, pointing out his faults, mocking his insecurities, and bragging about his own piety. On the final day of the engagement, the bride divides up all her worldly wealth into four portions, then gives three portions away to her friends. Given that no means of dissolving a marriage is suggested in the novel, neither do the Janists have any notion of divorce.

While the Janists are not familiar with Plato, Origin or St. Gregory of Nyssa, they have nonetheless developed a relatively sophisticated metaphysics. Through intuition or revelation, the Janists determined that Jane Eyre was not the author of Jane Eyre, but the name beneath Jane’s name on the front cover was the maker of the book— or not the maker, but the Mother. Jane proceeded from Charlotte Brontë, but Charlotte Brontë could not be known apart from Jane. If Jane was not known, neither would Charlotte be known, hence, Jane and Charlotte possessed the same knowledge, yet remained distinct from one another. To know Jane is to know the Charlotte who wrote her. This fundamental personal relationship colors all human bonds among the Janists, but also their epistemological theories, and their understanding of property rights.

The Janists are strict disciplinarians and the lion’s share of their morality is staked in chastity before marriage and fidelity afterward. Following their God, the women have robust and talkative inner lives, but say relatively little once they reach their maturity. A highly performed machismo is expected of the men up until the day they are engaged to be married, at which point humility, silence, contemplation, and gratitude become chiefly prized virtues.

Many features and prejudices of Janist culture will not surprise the casual reader of Jane Eyre: orphans are held in high regard, bread and cheese is a sacred meal, charity is thought divine and “plaited hair” a sign of notable piety, though most Janists wear wigs. A good education means learning to play the piano and memorize all the French vocabulary given in the novel, but, most importantly, learning to paint. Before a child may pass into adult society, he must produce three paintings: first, a shipwreck upon which sits a cormorant with a gold bracelet in its beak; second, a rosy and sentimental image of Mt. Latmos, where Selene fell in love with Endymion; third, the glorious head of a man wearing a turban radiating light.

The five places Jane lives (Gateshead Hall, Lowood, Thornfield Hall, “The Rivers,” and Thornfield Hall once more) represent the five ages of the Earth, but also the five stages of life through which every man will inevitably pass. Given the joyous ending of the book, but also its obvious universal qualities, a certain school of Janist priests teach the Jane E’er doctrine, in which Jane’s return to Thornfield in the end of the novel prophetically signals that all mankind, both the righteous Jane and the wicked Rochester, will go to be judged— but that all men will judge one another, show mercy, and that in the life to come, all men will get what they want: virtue and pleasure. Or rather, those who sought pleasure on Earth will receive virtue and those who sought virtue on Earth will receive pleasure. Those who hold to the Jane E’er doctrine are not vicious, as you might suspect, for the Janists believe with profound confidence, unlike many Westerners, that the life to come is very much real, lucid, and that when a man dies he is still himself, thinking and feeling and desiring. The man who lives his life as Jane will pass through “The Rivers” with relative ease, but the man who lives as Rochester suffers greatly in “The Rivers.” Very few Janists hold to the Jane E’er doctrine, though, and most believe that the man who does not live enough like Jane is condemned to live eternity blinded and full of remorse.

The Janists do not truly have a religion, though, so far as the typical Western man would think of it. Jane Eyre is simply an account of man as he was, man as he is, man as he ought to be, and man as he will someday become. Prior to Jane Eyre, the Janists conceive only of darkness, violence, debauchery, unreality. Every moment in a man’s life is a separate, yet newly emergent revelation of what Jane Eyre already tells and will continue to tell through eternity. When a man is good, he is Helen Burns, and when he is wicked, he is John Reed or Brocklehurst. Every violation of charity, humility, and quietude harms Jane and is seen by the Janists as an attempt to wish her away, to wish away the great revelation, and to return to a brutal world of savagery and shame. Violations of Jane’s honor through sin can be atoned for through fasting and temporary blindness; the Janists do not see such suffering as punitive, but simply a door which must be passed through in order to return to the right world of the novel’s highest realities.

Well, now, we have been supposing quite a lot, but if I may suppose just a little further, were such a fantasy to take place in reality, I have full confidence the society of the Janists would last a thousand years and contribute much to the world of law, philosophy, and aesthetics. One could hardly say the same of most modern novels, be it Twilight, Fight Club or The Grapes of Wrath or even The Road, a personal favorite. While I have been on a lark in writing this, I am also a little in earnest, for any novel which penetrates deeply into our souls is apt to refashion the world according to its own mythic image. This is what we mean when, desperate for words, we tell a friend that reading this or that novel was “a religious experience.” The novel leaves an indelible mark upon the narrative voice in our hearts with which we describe the world, moment by moment, to ourselves.