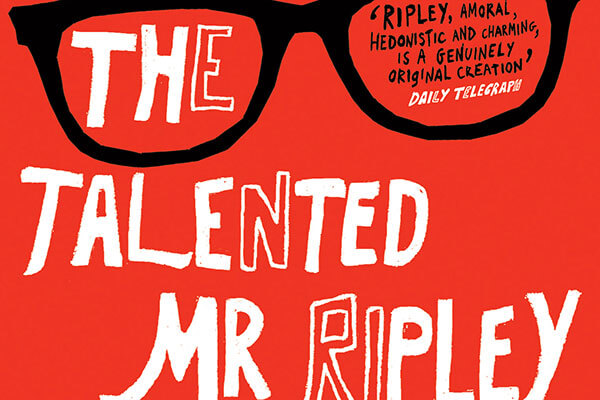 The quarantine is the perfect occasion to develop a taste for something you wish you liked, but don’t, like black & white films, opera, coffee, chocolate, or, in my case, mid-century Modern literature. Since giving up social media, I’ve had so much more time on my hands, and a good bit of that extra time has gone towards reading fiction. In the early part of my career, I more or less gave up reading fiction and took up history and philosophy, in large part to become a more competent lecturer. In the last several years, though, I have found that fiction is really just philosophy by another name (or philosophy is fiction by another name), and that good fiction is no less helpful to the teacher than is philosophy or history. In fact, I’ve met plenty of humanities teachers who haven’t read enough fiction, but I’m yet to find one who has read too much.

Lately, I’ve given myself over to Patricia Highsmith (1921-1995) and John Williams (1922-1995), both of whom enjoyed a heyday in the 50s and 60s, but whose work has enjoyed steadily mounting critical praise over the last two decades. Patricia Highsmith is the more enigmatic of the two, for she was a nihilist and a misanthrope— yet, in spite of her intense hatred of human beings, she paid better attention to their bodies than nearly any 20th century writer I can name.

Highsmith’s prose is full of little observations about what people do with their hands, their eyes, and their mouths, as they listen to one another talk. I never realized how little I noticed people talking and listening until I read The Talented Mr. Ripley. All the little gestures which mediocre writers merely describe as “gestures” (i.e. “He gestured emphatically”) are given much more precise descriptions in Highsmith’s prose. A certain character in Strangers on a Train “scallops the air” with his hand while debating the merits of a proposition. Highsmith also kept a remarkable ability to observe little rises and falls in her own heart, for she is forever clocking and measuring the minute anticipations, disappointments, and satisfactions of her anti-heroes as they receive dispiriting or encouraging news from one another.

I can offer only a qualified recommendation of Patricia Highsmith’s novels, for they are slick with a glossy amoralism and packed with high culture references (Gucci, the Piazza San Marco) that prove quite seductive. She had a tendency of throwing unbelievably sunny endings at morally reprehensible characters, simply because she liked them. Sentence for sentence, Highsmith is amazing. Chapter by chapter, less so.

John Williams is the author of Stoner (1965), a book I decided to read simply because the reviews were so baffling. The book is now widely touted as “the perfect novel,” and seems to get rediscovered every five years by writers at, say, Time or GQ or even The Guardian. The average review of Stoner goes something like this: “Nothing strange or even particularly exciting happens in this novel, but it’s absolutely riveting. How can a story so gripping come from events so ordinary?” As someone who has championed common things for a few years now, how could I not take up and read?

So, I did. And for the first time in my life, I found myself waking at four in the morning just so I could get in a few hours of reading before work. Stoner is the story of a farmer’s son (William Stoner) who, in the early part of the 20th century, goes to college to study agriculture, but then falls in love with literature and becomes a classics teacher for the rest of his life. For better and for worse, absolutely nothing happens to Stoner which does not happen to the average man, and yet Williams observes it all with an honest and ever-so-slightly sympathetic eye that can suddenly cut through miles of spiritual red tape and land right at the center of the soul. Williams was an author who was willing and able to let human nature run its course— most writers are willing but not able, or able but not willing. Stoner is real without being realistic, natural without being raw.

Within days of finishing it, I sold my best friend on reading it, then my father, and just yesterday I gave my copy to another friend. Given a few passages which depict sex in a candid manner, I couldn’t recommend the book to students, though I’d give the book to absolutely anyone else.

Given these (qualified) recommendations of Highsmith and Williams, I should also offer a word in favor of Charlie Chaplin’s mid-century work. Everyone knows Chaplin as a master of silent films and physical comedy, but few people know that some of Chaplin’s best work came after he began writing and directing in the 1950s. Over the last several weeks, my daughters and I have watched A King in New York (1957) and Limelight (1952), the latter of which deserves a spot on a list of the decade’s greatest films, but is sadly neglected. Limelight is the story of an old washed-up vaudeville actor who, while drunk, saves the life of a young ballerina who has just attempted suicide. The two form an unlikely friendship, their careers revive, and they share something like romance, but which is really love. The script, which Chaplin wrote, is at times merely clever (“What can stars do? Nothing. Just sit on their axis.”) and at other times profound, like this exchange between the leads in a dressing room as the film climaxes:

Terry: If all else fails, there’s always that little home in the country.

Calvero: This is my home, here.

Terry: I thought you hated the theater.

Calvero: I do. I also hate the sight of blood, but it’s in my veins.

So, I’ll confess I’ve never been a fan of the mid-century American style, though my wife has always been fond of it. The quarantine is giving me a chance to develop a taste for it.