The Contrarian Student At A Judgmental School 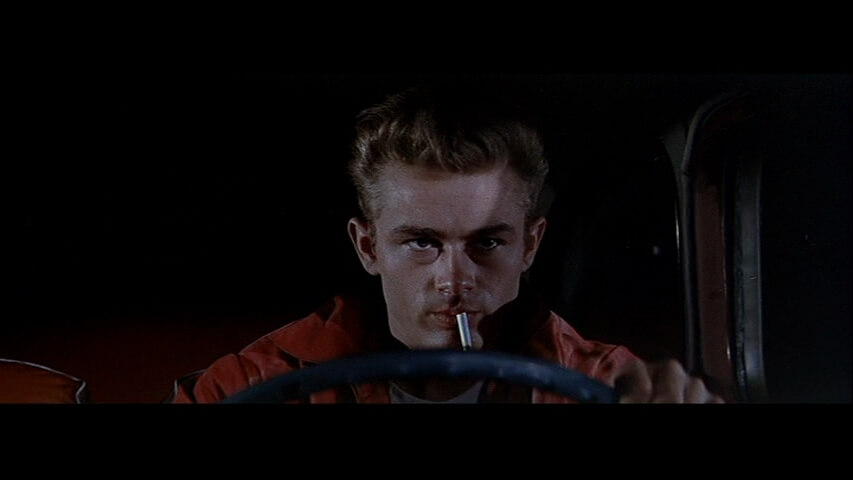 There was once a young lady who attended a classical Christian school and she enjoyed putting forward opinions which were contrary to the opinions which most of her classmates held to. When the subject of abortion came up, she liked to draw everyone’s attention to the fact that only recently had Christians embraced the idea that life began at conception and that ancient Christians sometimes dated “life” to forty days after conception. When the subject of homosexuality came up, she reminded everyone that homosexuals were persecuted by Christians and that they deserved equal rights, as well. The young lady had a way of expressing contempt for capitalism and sympathy for liberal ideas on taxation that many of her classmates found tiresome. Some of her classmates said, “She’s always looking for an opportunity to derail any conversation we’re having and divert it towards herself and her progressive ideas.” In science classes, the young lady defended evolution. In history classes, she defended Marx. She spoke up for women’s rights and had read enough of William Manchester’s A World Lit Only By Fire to put her Catholic classmates in check. She knew enough of Luther’s The Jews and Their Lies to put her Presbyterian classmates in check. She knew enough of the faculty handbook to put her teachers in check. She was, to be honest, quite intelligent.

In quarterly conferences with her parents, her teachers said, “Your daughter is quite smart. It would be helpful, though, if you cautioned her against being a contrarian. Sometimes I think her disagreements with her classmates are merely intended to rile them up. I don’t know that she agrees with everything she says.”

Her parents would reply, “Our daughter is very independent. She enjoys shaking things up. Besides, you don’t want your discussions to be one-sided, do you?”

Her teachers said, “No, I don’t want our discussions to be one-sided, but there is a sufficient difference of opinion among the students without someone trying to pick fights.”

Her parents said, “She doesn’t pick fights, though.”

Her teachers said, “Well, no.”

As the years passed, the young lady’s disagreements became increasingly predictable and more than a few of her classmates gave up on expressing their opinions simply because they did not want to be drawn into arguments. In truth, her teachers were okay with this because some of those students could stand to be a little more circumspect. At the same time, the young lady was a voracious reader and added Simone de Beauvoir and Richard Dawkins and David Hume to her circle of friends. She arrived to class every day with a look of satisfaction and left with an even deeper look of satisfaction. Her teachers, even the ones whom she annoyed the most, also liked her because the young lady behaved as though something was on the line in class. “The prophets sometimes disagreed with God Himself,” one of the teachers said.

The parents of more traditionally-minded students complained to the administration about the young woman. They said, “My son claims she was defending gay marriage in class. I don’t want my son listening to that kind of thing at school. We send him here so he won’t have to listen to that kind of thing,” and the administrator replied, “Is your son becoming more sympathetic toward gay marriage?” They said, “That’s not the point. What if he did?” And the administration treasured all these things in its heart.

In her junior year, the young lady became more daring, though, and not only criticized Christians of the past, but Scripture and dogma and the bullying of Arians at the Nicene Council. Her classmates had to be reminded what Arians were. She was a benefit to her class, in a way, in that the classroom was yet a safe environment for the traditionally-minded students to cut their teeth on rhetoric and apologetics. At the same time, not all the teachers appreciated this, especially the science teacher, Mr. Allen, who begrudgingly gave her an A when she earned it, though he confessed he felt he was endangering her salvation in doing so. When asked to write an essay critiquing the use of the scientific method in the formulation of evolutionary theory, the young lady would always begin, “What you want me to say is…” He would show her tests to the principal and the principal would say, “Be patient. Let’s see where this goes.”

In parent teacher conferences, her parents said, “Our daughter marches to the beat of a different drummer. She’s working things out. She loves Jesus with all her heart, but she can’t stand hypocrisy and complacency. She doesn’t want to be a sheep and she doesn’t want to use her faith as a crutch.”

One of her teachers said, “I’m more than a little worried for the state of your daughter’s soul. I would say that she serves a purpose in her class, but that would be treating her like an object or a tool. I’m less concerned that she serve a purpose than that she cultivate a spirit of love towards her peers. Outside of school, who does she spend time with?”

Her parents said, “She’s very mission oriented. She has many friends who attend the public school, but she doesn’t always agree with them. She’s a contrarian, but that’s just who she is. And God loves her just as she is. Plenty of the students at this school are just blindly going along with what they’ve been told, but not our daughter.”

Her teachers said, “Yes, God does love her just as she is. Does she primarily spend time with students from the public school?”

Her parents said, “Yes, but why does that matter? They don’t judge her the way students at this school do.”

As her junior year progressed, the young lady was ever more openly critical of not only Christians, St. Paul and Christian history, but of the school she attended, as well. She was deeply unhappy with her classes and at the end of the year, she announced that the following year, she would be attending the public school.

On the last day of the school year, one of her teachers said, “I’ll miss you next year.”

The young lady smiled and said, “Who’s going to shake things up like I did?”

The young lady said, “You’re going to miss me.”

Her teacher said, “I admire your courage. We did need a contrarian. It was helpful to have someone around who would keep us on our toes. I know it wasn’t easy for you. Honestly. You’re blessed to have parents who stick up for you, because I’m sure it wasn’t always easy. I know the students here can be very cliquish, very clannish, and they often didn’t include you simply because you have different ideas.”

The young lady said, “Yes, the students here have a lot of growing up to do. They can be very cruel. You know, you were always my favorite teacher. Some of the other teachers here looked down on me for pushing people’s buttons, but you understand me. You understand why I take the contrary opinion.”

The young lady turned to leave, but then stood still and turned back toward her teacher.

“What did you mean? Good luck? You said it… strangely. You always say ‘Good luck,’ but you said it differently this time.”

Her teacher weighed his thoughts a moment and then said, “Well, you’re going to Adams next year, right? That big public school across town?”

The young lady sighed and said, “Yes. So? You’re not one of those people who think public school students are bad, right? You don’t think I’m going to be sleeping around and doing drugs next year just because I’m going to a public school.”

The teacher smiled and said, “Oh, heavens no.”

“Then why did you say ‘Good luck’ like that?”

“Because,” said her teacher, “you’re a young woman of principle. And all those years you were providing a contrary opinion in class, despite the viciousness of your classmates, I knew that you were doing so because you knew it was helpful. Well, I’m sure you’ll be doing that next year, too.”

Searching, the young woman said, “I’m not going to Adams to condemn anyone. Jesus hung out with prostitutes.”

Her teacher said, “I know. But because you’re a young woman of principle, I know you’re going to be providing contrarian opinions in your classes at Adams, as well. When everyone there says homosexuality is okay, you’ll provide a contrary opinion. When your classmates at Adams treat creationism as lunacy, you’ll stick up for a literal account of Genesis. And when your American history class discusses the Civil War, I know you’ll be right there in the front row quoting Dabney’s Defense of Virginia and the South. I know that just as you were willing to suffer the criticism of your classmates here, you’ll willingly suffer the criticisms of your classmates at Adams, as well.”

Her teacher said, “Did you know our own Mr. Allen never got his PhD in biology because his board wouldn’t accept his thesis? They told him it was too religious, not scientific enough. He wouldn’t back down, though.”

Her teacher said, “He’s a contrarian. Much like yourself, he’s a contrarian. When things get tough in your science classes next year, come back around some afternoon. He’ll show you the ropes.”