Is The Classroom A Sacred Place? 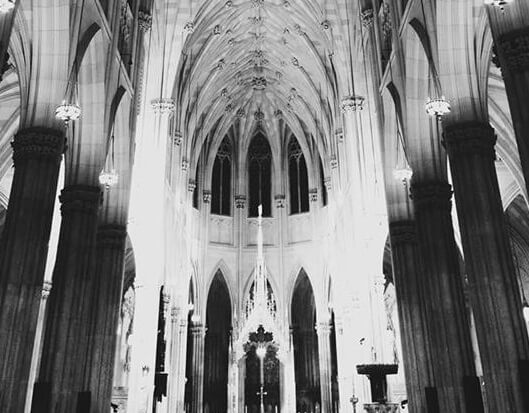 While a consumerist society may have given Americans a better selection of beer and cheese to choose from, it has done our sense of the sacred no favors. Most Americans, myself included, maintain a certain taste in piety. I like 20th century Catholic fiction, and I like Baptist preaching, and I think no one has bested the Anglicans so far as hymns are concerned, especially Christmas hymns. I say this not exactly as a confession, for I do not know if I really had a choice in the matter, growing up where and how I did. However, I should admit “taste in piety” is nonetheless a disagreeable turn of phrase. The fact that I have a particular taste in piety makes it all the more difficult for me to keep the traditions of the Church to which I have creedal commitments. If I could snap my fingers and sublimate my taste in piety before the face of actual piety, I would.

The classroom is often in danger of becoming just such a marketplace of ideas, where the student is presented with a host of items from different philosophical traditions— nihilism, atheism, Stoicism, Platonism, Neo-Platonism, conservatism, Catholicism— and asked to choose those intellectual-goods which best suit his tastes. Platonism is not presented as an ideological tradition to which one is loyal, but as a creamery which manufactures a great variety of thought-cheeses, some expensive and some cheap, some readily accessible and some overbearingly fetid, and the student must weigh his palate and budget against the cost of a nice Tallegio. Put another way, the student is tempted by the Cave Allegory, uninspired by the argument against art, repulsed by one or another claim made in Book Eight. By the end of his education, the student does not have a clear philosophy of man and God, but a mishmash of theories and doctrines and theologies held together by nothing more than the aesthetic preferences of a teenager.

What makes the mishmash so weak is its lack of unpleasant parts, for when we shop for groceries, we do not look for the most rotten fruit, the driest meat, the stalest bread, the sourest milk. If the classroom is a mere marketplace, the student will choose the delectable parts of Catholicism and conservatism and Platonism, but he will leave behind the unappetizing parts, which are exactly the parts that enliven, empower and grant meaning to the appetizing parts. After so long, even the appetizing parts are revealed to be limp, ineffective, arbitrary, and finally ugly. Merely choosing the attractive parts of Catholicism or Buddhism is a lot like choosing only the attractive limbs of a spouse, only the attractive parts of a car, only the agreeable members of a Church, only the morals of Christianity deemed acceptable by the Zeitgeist.

The classical classroom will always be a bit of a marketplace, for the Western tradition is actually a handful of traditions. Perhaps this is, for the time, simply an unavoidable fact of late Western society. However, a teacher can cultivate rituals in the classroom which can save the classroom from becoming overly commercialistic. The classroom ought to co-opt as many ancient Christian habits as possible. Every class ought to begin and end with prayer. Essential facts, dogmas, creeds, quotations, and theories ought to be learned in a catechism which is ritually recited. The school itself should be spoken of with respect, and teachers should allow no criticism of the institution to pass, especially in the classroom or on school grounds. The teacher should only give the students venerable, trustworthy books. The classroom should not be treated as a place where personal opinion or late cultural prejudices have much purchasing power. The classroom should not be spoken of as a place where the student “figures himself out” or “decides what he believes,” but, rather, as a place where Truth is spoken. The teacher should conduct himself in a manner worthy of a sacred place, for if the classroom is not a sacred place, it is K-Mart. The teacher is not a priest, but nearly so. The classroom is not a chapel, but nearly so. The lectern is not a pulpit, but nearly so. The more casual, the more novel, the more entertaining the classroom becomes, the more a mall it becomes. The classroom is neither a cathedral nor a K-Mart, but the good teacher will cleave more closely to the cathedral. The good teacher will err on the side of the sacred. The good teacher sees the secular on his left, the sacred on the right, and he tries as often as possible to steer the classroom away from the rocks of triviality, consumption, advertisement. The good teacher knows such a classroom is not always a cake walk, and he knows that is what makes it work.