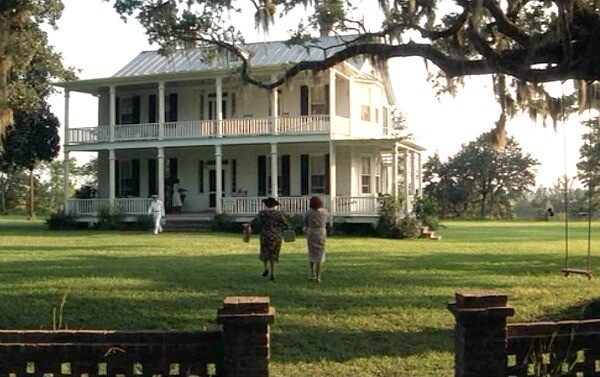 Growing up, I’ve always lived in new-built homes. First, and foggy in my memory, was a land-hugging white wooden ranch with a red front door, and a swing-set in the backyard whose ominous height prompted its nickname “The Gallows.” Later came another white wood house, this one with two stories, green shutters, and a storybookish stone fireplace warming the center of the home. Most enduring was the Georgian red brick overhung with live oaks and gray moss, whose double doors made a little girl think she was entering church. But each home—every room and hallway, closet and cabinet—was lovingly planned by my parents, and made like bespoke tailoring, fitted to my family.

Lately, however, on the verge of being made into a new family, my fiancé and I have been looking for a new home—except we’re hoping for an old one. So we’ve been stepping over old thresholds and across creaky hardwood floors, discovering odd nooks and crannies, hearing tales of past owners and changing landscapes. And in a beautiful way, it’s begun to dawn on me that classicism is much like home-keeping.

I wasn’t sure at first what this used to be, and then I saw it in another older home and realized it’s a niche for a built-in ironing board! And beneath the carpet on the landing, there’s a trapdoor that opens to a hiding cache . . . and someone in the 70’s added that skylight . . . we tried to restore the windows that were painted shut, but some still stick . . . when we first moved here there was a shed with a claw-foot tub and an old heater on one half, and a toolshed on the other—we guess it must’ve been a home for a gardener since this used to be a citrus grove . . .

To keep an old home is to inhabit its past and its mystery. Whatever of the past is known should be honored; old walls should not quickly be torn down, nor old tales forgotten. Instead, old habits and proportions of life should be deferred to. Rooms are smaller, porches larger, and bathrooms fewer; such architectural variances remind us of different expectations, different patterns of life, and they invite us to inhabit them again. As architectural theorist Christopher Alexander comments in The Timeless Way of Building, “[T]here is a fundamental inner connection between each pattern of events, and the pattern of space in which it happens. For the pattern in the space is, precisely, the precondition, the requirement, which allows the pattern of events to happen. In this sense, it plays the fundamental role in making sure that just this pattern of events keeps on repeating over and over again, throughout the space.” If the house has endured, its patterns must already have been proven, though forgotten; and in submitting to them, we may find our lives shaped with a health and wholeness we otherwise would not have known.

But beyond the known past, old-home-dwellers must inhabit unknowable mystery. Growing up, I could always ask my mama, “Why is the house like this?”, and she always could explain the intention of the space. That is a beautiful thing. But beautiful, too, is the sense of unknowing that hovers about oddly-placed cabinets, strange holes behind mirrors, protruding angles, misplaced front doors. Someone intentioned these things, but you will never know the intention—only the thing. You live and enjoy and are bothered by and shaped by realities beyond your reckoning.

Of course, the student of classicism inhabits a past and a mystery, as well. In reading old texts and contemplating old ideas, he assents to the thwarting of his modern expectations and chooses to inhabit stories and ideas spun long ago, hoping to be shaped in a way that proves enduring. He dwells in the epics of Homer, the virtue theory of Aristotle, the allegories of Dante, the theological palaces of Aquinas or Calvin, and constantly bumps against hard walls and sharp corners—realities of a past he cannot comprehend, but which he may still test as a way of life.

In other words, a labor of both faithfulness and faith upholds classicism and home-keeping alike. At the beginning, a faith in the goodness of the home or the tradition moves you to take up residence. And then, immediately, faith leans on faithfulness. You cannot simply live in an old home; like a marriage, you must be faithful to it. Filling its cracks, refurbishing floors, repairing foundations, replacing old piping . . . faithfulness requires both a strengthening of what is good and a purging of what is harmful, for faithfulness is not mere preservation. Old walls should not quickly by torn down—but lead paint and asbestos may be. Old books should not be thrown out—but we must question and even disprove some of their assertions. No house or tradition is perfect, and those who inhabit either must be willing not only to preserve, but also to purify, their inheritance.

And then at the end returns faith. The home and the tradition preceded you, may outlive you, and condescend to let you stay awhile. But you do not know what will happen once you depart. Will someone else care to receive the inheritance, to take up the labor of faith, to love the past and the mystery, and so to keep it all alive? Will it be forgotten and crumble for a time or two, some of it irreparably, before someone notices and loves and restores again? Will it finally be demolished?

T.S. Eliot had this to say of his efforts at “trying to use words” in his Four Quartets:

And what there is to conquer

By strength and submission, has already been discovered

Once or twice, or several times, by men whom one cannot hope

To emulate—but there is no competition—

There is only the fight to recover what has been lost

And found and lost again and again: and now, under conditions

That seem unpropitious. But perhaps neither gain nor loss.

For us, there is only the trying. The rest is not our business.

“Only the trying”—this is the final voice of faith for the keeper of an old home, and for the student of classicism. It is the work of faithfulness and faith, by which you seek to preserve, even to improve and beautify, what you have received—to help it endure a little longer—knowing it may not endure long. It is so pressingly fragile, even though, ironically, it has withstood far more and far longer than you. But you pour into it your labor, your love, and your hope that it will endure. The rest is not your business.