Is Classical Education On The Right Side Of History? 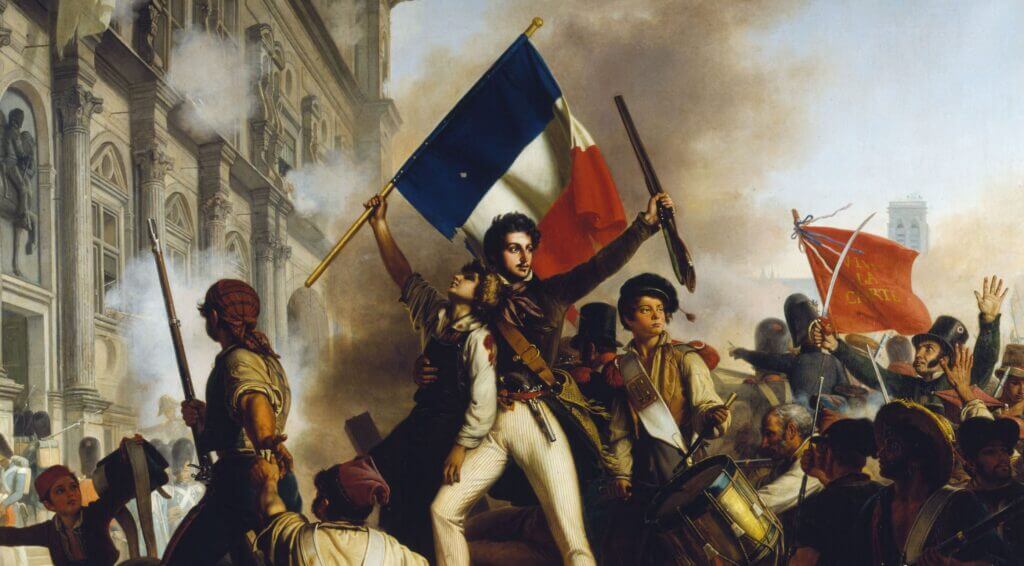 Parent: Given the profound importance of recent events, I wondered what changes you planned on making to your curriculum for the coming year.

Gibbs: That’s a question traditionalists have been asked for over two hundred years now. Ever since the French Revolution, there has been an endless succession of “profoundly important recent events” that are supposed to make people like me give up teaching old books.

Parent: That sounds a little sarcastic.

Gibbs: Not at all. If someone asked me, “What is a classical education?” I might define it as a curriculum that doesn’t change in light of profoundly important recent events or recent studies.

Parent: So, you’re not planning on making any changes?

Gibbs: That is correct.

Parent: That is very surprising to me given how important history is to you.

Gibbs: Do you believe people who are interested in history have more invested in recent events?

Parent: Well, given that history is important to you, I figured you the kind of man who wanted to be on the right side of history.

Gibbs: What is the right side of history?

Parent: The side which history determines to be right, proper, and morally sound.

Gibbs: When you say “history,” do you mean “people,” or is history something other than people?

Parent: No, I would say the two words mean the same thing so far as this conversation goes.

Gibbs: Would you say that Paradise Lost is a book which is on the right side of history?

Parent: Until recently, we certainly thought so, although getting rid of Milton would make quite a bit of room for underrepresented figures.

Gibbs: So, fifty years ago, Milton was on the right side of history?

Parent: He seemed to be, but history is proving Milton was wrong.

Gibbs: So, was Milton wrong or was history wrong about Milton?

Gibbs: You said we may need to axe Milton to make way for others, which doesn’t mean Milton was wrong, it means history was wrong to give Milton such a lofty place.

Parent: But you’re always talking about how important it is to “love what lasts.” Don’t you love Milton because he has lasted? Isn’t that your way of saying that Milton and Virgil and Jane Austen are all on “the right side of history”?

Parent: But can’t you see the profound change which is taking place in our society? If this school does not significantly change its curriculum now, it will be mocked in fifty years for failing to recognize the simple, obvious, widespread truths that society now understands.

Gibbs: In the Modern age, everyone from fifty years ago is mocked as primitive and bigoted. There’s no way of escaping it. Of course, I have to laugh that the same people now breathlessly talking about our need to be on “the right side of history” were fond of cynically saying, “History books are written by winners,” just three years ago, as though history couldn’t be trusted because it was the work of oppressive people who hoarded power and wealth.

Parent: Do you believe that good things can’t happen on a wide scale?

Gibbs: About a hundred years ago, prohibition was the change that was going to usher in an era of peace and productivity. When prohibition ushered in the mob, eugenics became the solution to all our problems. The Modern age is rather full of movements which claim all of our problems stem from one thing, but that thing is never sin. The proponents of the “profoundly important recent events” you referred to earlier have rather hastily seized on to a confidence in their own permanence, despite having very little evidence to justify that belief. The idea that we need to be on “the right side of history” likewise places profound trust in the goodness of history, which seems an odd belief for a Christian to have given all the cautions given in Scripture against “the world.” Whether one is on the “right side of history” doesn’t matter much when one recalls that history itself is on the other side of the judgement.

Parent: What does that mean?

Gibbs: I mean that Christians believe the judgment occurs at the end of history, once history is over. The judgment occurs when there is no “fifty years from now,” because all the years have finished. The only judgment that matters is the one which cannot be changed, rescinded, or rethought. Most of the people who talk about being on “the right side of history” simply don’t know much about history. If they did, they would know how often history changes its mind and that any claim to have objectively arrived on “the right side” of history is naïve and short-sighted. Belief about the position of the sun fundamentally changed after two thousand years of human history and yet what now passes as the “right side of history” is rarely more than ten years old.

Parent: You don’t believe there is a right side of history.

Gibbs: Even if there is, I would much rather be on the right side of philosophy or the right side of theology. History goes back and forth on the Greeks and Romans, but “Love your neighbor as yourself” is not subject to revision.

Parent: You wouldn’t say “Love your neighbor as yourself” is a teaching that falls on the right side of history?

Gibbs: Unless history is connected to something beyond itself, it has no meaning. I don’t know why Christians would care about being on the good side of something as atheistic as “history.” The question is not whether history approves of me, but whether the Church approves of history.