A Classical Education Is Not About Being Saved, But Being Good 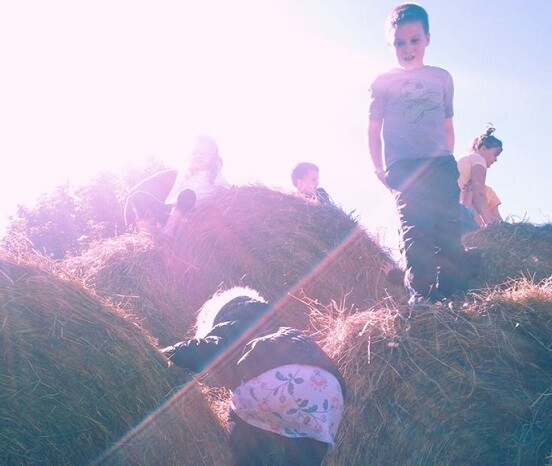 However, when I say to my students, “You must give to the poor,” there is a silent “in order to lead a joyful, satisfying life” attached to the end, though. While a man’s salvation might not depend on giving to the poor, a man’s virtue certainly depends on giving to the poor, because charity is a virtue. I suspect there are plenty of men who will end up saved who nonetheless live absolutely miserable lives. If you aren’t saved merely because you’re faithful to your wife, then you’re not unsaved by cheating on your wife— either way, a classical education is little concerned with salvation, and greatly concerned with the joy which comes from fidelity. If one of my students were to go on and live a life characterized by theft, murder, and destruction, I could take little consolation in “having done my job as a teacher” merely because he continued to say the Nicene Creed in the midst of his mayhem. I am only 35 years old, but I have lived long enough to see people who have faith in Jesus destroy themselves, destroy their children, destroy their communities. Having faith in Jesus might be sufficient to get a man into heaven, but it is not sufficient to keep him from making himself needlessly miserable on the way.

While it is true that the joy of salvation ought to prompt a certain kind of life, for most people it simply doesn’t. We do things we know we aren’t supposed to do, and we don’t do things we know we should. The fact that the thief crucified beside Christ was with Christ “in paradise” does not mean he led a joyful, satisfying life. Even the holy martyrs enter their graves with scores of regrets, and it seems to me that the more righteous a man is, the more often he goes to his death kicking himself for how little he accomplished. Over the last several decades, American Christians have become so insistent that “Doing X doesn’t make you a Christian,” we are no longer certain what Christians are supposed to do. We take the prohibitive commands of Christ very seriously, but we do not much care for the prescriptive commands. We must not commit adultery, of course, but we are not obligated to give alms. We are generally content to fight vice, but we do not want to fight vice with virtue. If we fight vice with virtue, we will become arrogant and believe we have earned our salvation. Thus we often act as though virtue and treasure in heaven will arbitrarily, unpredictably show up in the mail someday, but that there is little we can do to make their arrival swift.

To illustrate these several points, I sometimes relate to my students a story from my youth. Long ago, I had a strange girlfriend who once said to me, “I know someone whose parents just died two weeks ago. This person I know, he’s eighteen. His parents left no will, so he’s inherited their house, their money, their things. He’s still in high school, though. He’s a senior. He’s invited some people over to his house tonight. Let’s go.”

The house appeared ordinary enough from the outside. It was two stories, trimmed lawn, in a nice neighborhood. When we entered, the place was entirely unremarkable. A predictable collection of decoration, furniture, color— nothing my own mother would have rejected. The place was yet in good condition. In the living room, however, a small crowd smoked cigarettes and watched a film. Smoking seemed as out of place in such a home as it would be in an operating room. A cloud of smoke hung about the room, as did an unpleasant, perverse, even uncanny feeling.

After some time, the very young owner of the house left the movie, walked down the hall to another room, and closed the door. The sound of breaking glass ensued. Later, I asked about a bathroom and was directed down the hall to the same room the owner had entered. I knocked, I opened, and found that in the midst of this perfectly normal looking house was something very abnormal. The master bedroom was covered in graffiti. Bottles of spray paint littered the floor, as did broken glass bottles, and broken remnants of a bed. The room smelled of urine, chemicals, and liquor. Inexplicably, an ironing board had been erected.

“I need to use the bathroom,” I said.

The owner wore a bewildered look. He held a baseball bat.

“Oh,” he said, and gestured toward an attached bathroom door.

He laid into the wall with the bat. A little while later, I left the house.

I tell this story because the young man in question could do as he pleased. No one could punish him for peeing on his dead parents’ carpet. However, once he peed on their floor, he had to be the person who lived in a house where someone peed on the floor. The fact that no one would punish him for what he did by no means saved him from misery. Whether or not the young man was saved mattered very little for the stench.

If a student intends to move through life with the firm and resolute certainty that he is saved, this matters little for the task of the teacher. Let us assume for a moment that everyone who thinks he is saved is, in fact, saved: the straight and narrow path to Glory is nonetheless crowded with people who are nagging one another, pestering one another, destroying one another. On several occasions during my time as a teacher, I have been attacked and defamed and slandered by persons who were absolutely convinced of their own salvation— and neither did I doubt their salvation. I imagine we have all, at one time or another, been viciously maligned by saved people. A classical education does not aim to save such people from hell, just from themselves.

Whether or not my students are saved is God’s business. I have come to teach virtue, though.