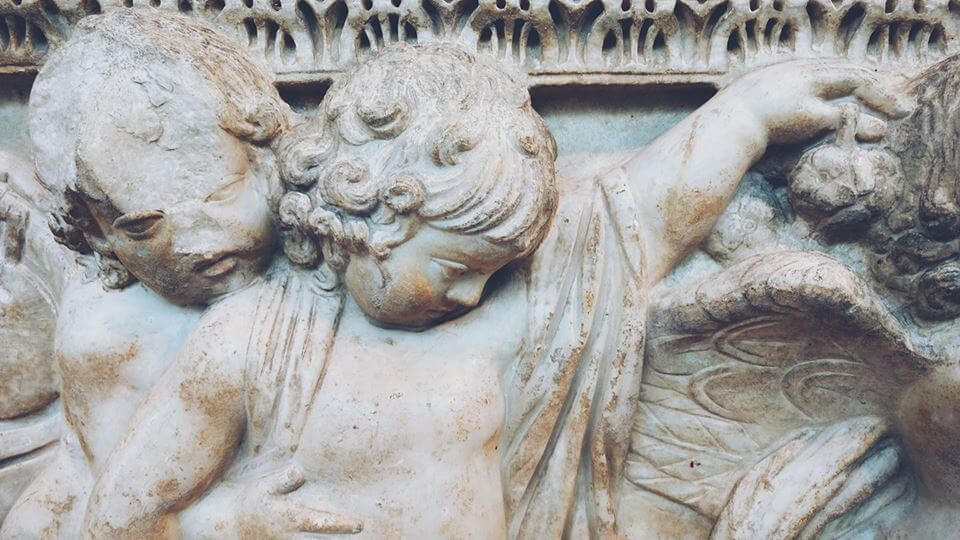 A. Chronological snobbery: dismissing a claim merely because it emerged from an era wherein other false beliefs were espoused. For example: Medieval man must be wrong about God because he was also wrong about the orbit of the planets.

Ironically, those who think B truly problematic are at odds with the man who coined the expression “chronological snobbery,” for the nativity of the term was the defense of old things. The two definitions have nothing in common. Oddly enough, I have found logic textbooks which site GK Chesterton as a proponent of B and offer the following quote from Chesterton’s All Things Considered as proof:

To introduce into philosophy discussions a sneer at a creed’s antiquity is like introducing a sneer at a lady’s age. It is caddish because it is irrelevant. The pure modernist is a snob; he cannot bear to be a month behind fashion.

Of course, the quote can appear to discredit those who dismiss a belief merely because it is old. However, the knife does not cut both ways. Chesterton was interested in discrediting those who dismiss old things merely because they are old, however, Chesterton was not putting forward some kind of “chronological egalitarianism,” wherein old things and new things are judged on equal footing. The idea we must judge old things and new things equally, fairly, and not give preference to old things is not only anti-classical, it is illogical and unlivable.

However, “old things” which come from long ago and are still around in our own era are not merely old, they are traditional. When we refer to “old things” which have lasted, we are not referring to dusty things. Rather, the assumption that traditional things are better than new things sits near the heart of classical education.

To assume traditional things are better than new things, and to live as such, is not merely a philosophical conviction. It is a way of life. The uncritical veneration of traditional things makes it possible to get dressed and go to work in the morning. If a man truly lived as a chronological egalitarian, he would spend his life questioning everything: why men sleep on beds, why men wear pants, why doors are shaped like rectangles, why we use forks, why we sit on couches, why rugs, plays, neckties, why green means “go” and red means “stop.” He would have to question these things because the way things are is eternally born out of the way things have been. If the way things have been is of no greater value than the way things could be, then no cultural institution could be accepted without criticism. A man would need to hear both sides of every issue, from infant baptism to buttoning a shirt or blowing his nose. When I write of “cultural institutions,” I am not merely speaking of massive cultural institutions, like Church and State. The way we dress is a cultural institution, but so is the sheer fact that we dress at all. Traditions are not curios we encounter on strange occasions. We live and move and have our being in tradition. Culture institutes everything from presents on Christmas to reading left to right.

Edmund Burke insisted on two forms of virtue: assumed virtue and actual virtue. A stable society must have certain institutions which are assumed to be virtuous, but also be capable of recognizing virtue in those who struggle to earn it. For example, let us say you are touring a school. In the boy’s bathroom, in a stall, you find a small bag of marijuana. Surprised, you take the marijuana to the front office. In the office, you see two young men dressed entirely in black and looking morose, waiting outside the principal’s office. You see the principal through his door window, and he is speaking on the phone. You are presented with two options: give the drugs to the principal or give the drugs to the young men. What is the wise thing to do? The chronological egalitarian says an investigation must be undertaken. The principal may be a pothead. And what if the young men are dressed in black because they identify with the Eastern Orthodox “Dead to the World” aesthetic? What if they are deeply pious and have been sent to the principal’s office for respectfully disagreeing with a science teacher purveying Darwinist evolution in the classroom? Is it possible the principal is the wrong person to entrust with the contraband?

Burke insists we assume the virtue of the principal, even while recognizing the possibility he is a fraud. Burke generally gave confidence to the older, the richer, the more closely observed. When we need to report a crime, we assume the virtue of the police. When our cars need an oil change, we assume the virtue of the Grease Monkey employee, not the elderly woman reading People magazine in the waiting area. That it is possible the garage employee is daft and the grandmother a Car Talk-level auto genius means nothing to me. The world cannot be prudently negotiated without making ten thousand such assumptions throughout the day. The young men in black and the principal should not be judged fairly, equally. Their respective positions in the world are not equally entitled to sympathy and respect.

And neither should old books, old doctrine, old music, and old morals be judged on equal footing with new books, new doctrines, and so forth. As the policeman to the law, as the principal to the school, so are old books and old morals to culture. In the same way that different positions in society assume different degrees of responsibility and dignity, so different positions in the academic world presume varying degrees of honor. The good old book has accomplished something the good new book only hopes to accomplish, and if too much credit is given too quickly to something unproven, it will falter. Ours is an impatient world, though, and we want to grant men sainthood while they still possess the power to blaspheme God. We insist on the “instant classic” because we are terrified we do not really matter. We know St. Paul said something generous about Timothy’s youth and we are ready to overthrow common sense because of it.

While there is a gloss of generosity and liberality to insisting old things and new things be evaluated on equal footing (racism is old, after all), there is a certain amount of hubris involved in a modern man assuming he can judge fairly between old things and new things. A strong prejudice in favor of old things might do nothing more than counterbalance our intense narcissism, for new things are made in our own image and we fiercely love the sight of our own faces. The man who “fairly” judges between new things and old and finds in favor of new things is a good bit like the man who judges a beauty contest and “fairly” gives first place to his own wife. Or the man who thinks his nation best. Or the man who thinks his children the smartest. Of course we like non-traditional things. New things scratch us where we itch, direct the camera to our most flattering features, vindicate our most insipid character quirks. Even when new things rebuke us, they rebuke us in a manner from which we can easily recover. The new rebuke hurts like a workout, the old rebuke hurts like a paper cut across the eye. The chronological egalitarian presumes a distance and objectivity which is beyond human power.

The chronological snob is silent, however. He takes on the ignorance of the ages, but the wisdom of the ages, as well. He is content with this deal.