Classical Education Comes With A Lot Of Baggage, But So What? 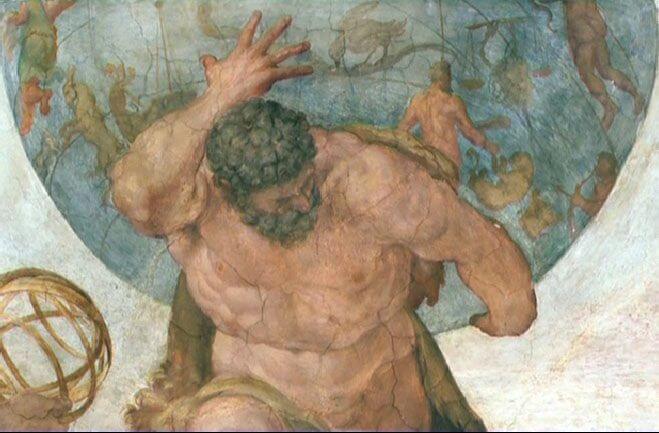 Parent: I have heard quite a lot about “piety” coming from the school recently. What is piety?

Gibbs: A dictionary is apt to tell you that a pious man is “devoutly religious,” which is not a bad definition, although I typically tell my students that piety refers to holy manners. Morality is what one man gives another, but piety is what a man gives to God alone.

Parent: Can you give an example?

Gibbs: I can give you three: prayer, fasting, and almsgiving.

Gibbs: It’s from the Sermon on the Mount. Christ gives detailed instructions to His followers on how to direct prayer, fasting, and almsgiving to God, as opposed to performing works of piety in a showy manner before men.

Parent: In what way are prayer, fasting, and almsgiving “holy manners”?

Gibbs: When done in the way Christ prescribes, works of piety cannot be repaid by men. “Even sinners love their own kind,” as Christ teaches, which means that even pharisees take care of one another and live in close-knit pharisee communities. Pharisee wives takes casseroles to their pharisee neighbors when they get sick. Pharisees work together, cry together, celebrate together. Any kind thing one pharisee does for another can be repaid. On the other hand, only God can repay a fast. Only God can repay the five dollars you hand a bum on the street. Works of piety are rendered directly unto God.

Parent: I tend to think of pharisees as the ones who fast—they fast in public so everyone sees them.

Gibbs: Is that better or worse than praying in public?

Parent: But Christ prays in public.

Gibbs: And He didn’t mind telling others how long He fasted, either.

Parent: I suppose “piety” has a very formal quality to it that does not sit right with me.

Gibbs: What is wrong with formality?

Parent: You say piety is “holy manners,” which makes me think of “holy rules,” but Christianity is a religion of the heart. Christianity is not concerned with “outward conformity,” but with having an authentic relationship with Christ.

Gibbs: You speak of “outward conformity” and the heart as though the two were naturally at odds with one another.

Parent: They often are. There are a lot of people out there who pretend to be Christians but don’t really love God in their hearts.

Gibbs: But talking incessantly about the heart strikes me as one of the most popular ways in which people pretend to be Christians. Most of the Christian celebrities who have apostatized in the last ten years made their fortunes talking about their hearts and their feelings. I bet there are fewer missionaries who change diapers and bath wounds in Calcutta who abandon the faith.

Parent: You mean you’ve never met anyone who only went to church for show?

Gibbs: No, I have. But I’ve met far more people who make a show of not going to church. Many modern Christians don’t like the idea of piety because “holy manners” suggests that formality and spirituality are connected, which means we’re not free to make up the rules of Christianity as we go. The longstanding traditions and practices of the church are not, as RR Reno once put it, mere resources for a spiritual journey that we can pick and choose according to our own spiritual. They are entirely necessary.

Gibbs: Does it? Or does it just sound very old-fashioned?

Parent: If it is old-fashioned, why hold to it? The concept of “piety” has a lot of baggage.

Parent: What is baggage, then?

Parent: Aren’t we obligated to choose the option with the least baggage?

Gibbs: If that were true, we would always have to pick the newest thing simply because it had the least baggage.

Parent: Don’t some older things have less baggage than others?

Gibbs: What do you think “baggage” is?

Gibbs: Is this how you chose your wife? You found the woman with the least baggage?

Parent: No, but wouldn’t you agree that a reasonable man would consider how much baggage a woman had before he proposed marriage? And vice versa?

Parent: Fair enough. Baggage isn’t everything. But that is my point. Desire matters, too. Ambition matters, too. We can’t despise new things just because they’re unproven. There are new expressions of Christian devotion out there which aren’t weighed down by centuries of failure. Who is to say how long these new expressions will last? They might last a long time. My point is that we don’t want to saddle our students with some outdated vision of Christianity that really has no bearing on the world today.

Gibbs: That is actually not a bad description of what I want to do.

Parent: You can’t be serious. Why?

Gibbs: A classical Christian school is a place for people who have despaired of the unproven, painless, fashionable solutions the modern world offers to ancient problems. The appeal of secularism has always been that it has no baggage. In fact, secularism has a long and storied history of insulting tradition, dishonoring mothers and fathers, disparaging the past, and insisting that progress is possible in this world. I want to train my students to be the people whom secularists insult, dishonor, and disparage. I want my students to truly believe, “Vanity of vanity, all is vanity.” I want to graduate students who have the backbone to sign up for baggage. The defense of old things necessary involves the defense of imperfect things, which is why a classical education demands courage. Cowards are afraid to defend imperfect things, though, because such work demands humility. The coward makes grand promises about the future, about spectacular things that don’t exist yet and thus cannot be critiqued. But a classical education is for people who are tired of promises and want something real.

Parent: Can’t we just get rid of the baggage? Can’t we keep everything which isn’t so dated and chuck the rest?

Gibbs: Absolutely not. The baggage is what makes classical edcuation work. Everything that lasts naturally loses some baggage over the course of time, but these losses occur on subtle levels and in natural ways. They cannot be forced or hurried. The modern utopian always approaches old things with a hacksaw, though, and has intentions to lop off everything difficult, everything embarrassing, everything incomprehensible he finds. But utopians are fickle. They give up when things don’t immediately go their way. If classical education let every zeitgeisty surgeon with a machete touch our pedagogy and curriculum, there wouldn’t be anything classical left in ten years—and all the carnage and mutilation would be done in a vain attempt to “fix” something the was never broken to begin with. Besides all that, classical education’s baggage is a trial, a check against all the people who just want to send their kids to a respectable, transcript-worthy school. The baggage is a test which proves you really want it.