Is Classical Education About Rest And Nurture? Yes and No 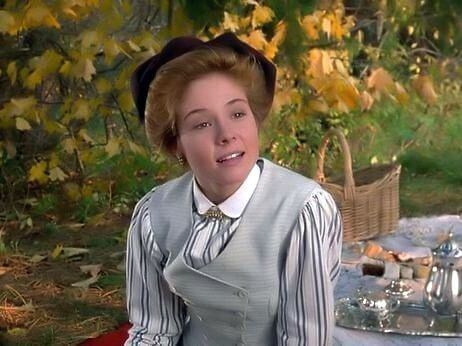 Parent: We’ve had a rough start to this school year.

Parent: Well, Adrian was disappointed with the grade he received on his Virgil essay. He didn’t entirely understand your comments.

Gibbs: What kind of comments did he receive on it?

Parent: You said a lot of his observations were too obvious and that his essay was poorly arranged, poorly argued, and that it contained a lot of filler.

Gibbs: Are those comments so hard to understand?

Parent: It’s not that your comments didn’t make sense. I’m just not sure why you made them at all.

Gibbs: Why is that?

Gibbs: You said the year was off to a rough start. Aside from Adrian’s Virgil paper, what else has been difficult?

Parent: He’s received detention a few times for not having his homework done or coming to school with the wrong shirt or the wrong pants.

Gibbs: I think the problem is actually that Adrian consistently doesn’t tuck his shirt in— but go on. What else has made this year rough?

Gibbs: Alongside St. Augustine, I believe that inasmuch as a thing exists, it is good. Sin is an absence, though. Sin is a nothingness, a void. Sin is like the crack in the Liberty Bell— the crack is not really a part of the Liberty Bell, but an absence of the bell. Sin is not real power but a lack of power to do good. Alongside St. Augustine, I also believe that all natures are good inasmuch as they exist. A child has a nature. That nature is good. That nature needs to be cared for and nurtured. Nurturing a child means working with their nature, not against it. At the same time, children are sinners, which means there are aspects of a child that should be nurtured, but also aspects that need to be weeded out.

Parent: Look, I’m not saying my son is perfect.

Gibbs: That is something parents often say when dismissing criticisms of their children’s work or behavior. No sane Christian would claim their child was perfect, though.

Parent: You’re not perfect, either.

Gibbs: That’s true. And if I had dismissed your concerns about Adrian’s test score by saying, “I’m not perfect,” that wouldn’t have been just, would it?

Parent: No, but you don’t seem to be taking my concerns very seriously.

Gibbs: I take Adrian seriously, which is why I’m not willing to overlook his shoddy work and tendency to violate the dress code. An imprecise use of the word ‘nurture’ when describing classical pedagogy leads some people to believe a classical education will be very easy, very painless, very ‘positive’ in the K-LOVE sense of the word. Oddly enough, I even find people who believe in original sin and the total depravity of man who expect a classical education to be nothing but ‘nurture.’ At least on the student end of things, I try to combat this idea by often beginning class with Thomas Aquinas’s prayer of the student, wherein we ask God to ‘take from me the double darkness in which I have been born, an obscurity of sin and ignorance.’ Inasmuch as a student is a sinner, a classical education will be uncomfortable. Martin Luther once said that Christ ‘willed the entire life of believers to be one of repentance,’ and repentance is not simply a feeling, but a conscious and active turning away from sin— which is very difficult.

Parent: I don’t want to become fixated on this word ‘nurture,’ though. A classical education is supposed to be restful, too. The word ‘leisure’ featured heavily in this school’s brochure. Or am I wrong?

Gibbs: No, you’re not wrong.

Parent: Adrian doesn’t find school very restful, though, and neither is the work leisurely. Someone is always getting after him for breaking this or that rule— and his work never gets any praise, only critique.

Gibbs: What do you take the words ‘rest’ and ‘leisure’ to mean in their relationship with school?

Gibbs: Has this been your understanding since the beginning of your time in classical education?

Gibbs: Do you believe this is the way classical education was presented to you?

Gibbs: That is good for me to know. Did it ever seem to you that classical education sounded too good to be true?

Parent: Well, to be honest, yes.

Gibbs: Why did it seem too good to be true?

Parent: Did you ever see the movie Anne of Green Gables?

Parent: It’s been a long time since I saw it, but I recall a scene where Anne has become a teacher at a ladies college and she has all her students outside, and they’re sitting under a tree, and they’re reading poetry together. It seemed so natural, so effortless. They were all glad to be together. There was no stress, no anxiety. I kept thinking of that scene when I was first learning about classical education. I kept thinking, “So such schools do exist. They’re not just in books and films.”

Gibbs: Over the course of a year, I imagine that most classes at classical schools have a handful of such moments— moments where everyone is at their ease, engrossed in a book, having forgotten all about the world. That said, the whole year can’t really be like that.

Parent: Yes, I see that. That’s not unfair.

Gibbs: I don’t know that I can blame you for thinking a classical education would be like that, though, because while the “Nurture, rest, leisure,” aspect of classical schools is very real, I think it is often oversold, as well.

Gibbs: Some of it is accidental. So much of what goes on in public schools, at least so far as curriculum and pedagogy are concerned, is quite unnatural— not counter intuitive, not challenging, but simply opposed to the nature of a human being. Classical educators have, of course, picked up on this and presented classical education as natural and humane. But that which is natural is not always easy and not always pleasant. Unnatural things often give us what we want, when we want, how we want, while nature is not so easily commanded and pushed around. Unnatural things are often ultra-sensual and cater to our demands, while nature is not always easy to like. Sometimes it is— sometimes nature is a perfectly sweet strawberry, although nature is often a pain in the neck, especially to people who are accustomed to unnatural things. If you’ve only ever tasted watermelon candy, real watermelon is probably going to prove too messy, too expensive, and not sweet enough for your taste.

Parent: But that’s not a problem with real watermelon.

Gibbs: Agreed. To be frank, really good things are often not easy to like. Classics are not always easy to like. Classics are very good and very beautiful, but most people don’t have a strong taste for good things. I don’t. It’s dangerous to tell high school students, ‘You’re going to love John Milton.’ I’ve taught Paradise Lost a dozen times and I love it, but there’s more immediate pleasure and ease and comfort to be had in watching The Fifth Element for the twentieth time than in reading Milton. Milton is tough. I have a daughter named Beatrice, but Dante is tough for me, as well. I’d rather listen to New Order than Bach, even though Bach is obviously better for me.

Parent: Is it natural to be drawn to Bach?

Gibbs: I believe it is, but as a lazy sinner, my preferences run toward the unnatural. This is why classical schools need to be careful in presenting classical pedagogy as restful, natural, and nurturing. I don’t object to those words, but they need to be carefully explained. If a boy enrolls in this school in ninth grade and he loves Post Malone, comic book movies, and social media, I’m not going to nurture those loves. I’m not going to teach him how to look for “Post Malone’s implicit Christ hunger.” I’m going to battle his love of Post Malone. If a student takes rest in comic book films and memes, a classical education isn’t going to prove restful. I still want that boy in my class. He’s welcome to class. But it’s going to be tough for him.

Parent: Can a classical educator really claim he is “working with the grain” of a boy who likes Post Malone and comic book movies?

Gibbs: Yes and no. I do not take issue with rest, leisure, and nurture as qualities which typify classical pedagogy. I’m not suggesting classical schools adopt “Rigor, labor, struggle,” as a motto. Rest is good. Leisure is right. Nurture is necessary. All things considered, I don’t like homework and I don’t assign much of it. However, my contention is that using words like rest, leisure, and nurture in a haphazard way leads parents to believe that a classical education is some kind of magical process whereby people sow very little effort and very few tears and somehow reap gargantuan results. A classical education is more restful and more nurturing than any other kind of education, because a classical education teaches virtue and the yoke of Christ is easy and His burden is light. While the yoke of the world looks easy, it is wormwood in the end. This is the same reason I told Adrian his essay didn’t dig deep enough. Ultimately, I want Adrian’s life to be easy. No discipline seems pleasant at the time, but later it yields the peaceful fruit of righteousness. Anyone who tells you discipline can be pleasant isn’t offering real discipline, which means they’re not offering real fruit either.