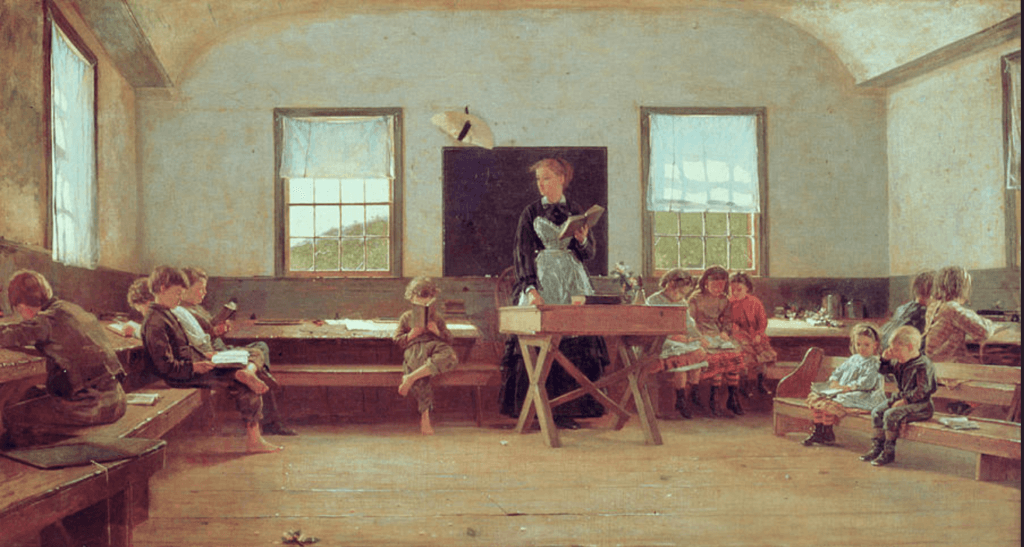 The most fashionable critiques of any institution will always be the ones people from within the institution borrow from those on the outside. The thrill which comes from conversing with one’s peers and casually letting drop a little cool approval of detractors and naysayers, then watching the faithful turn their heads in confusion and dismay, is more than many postmodern men can pass up. The fellow who admits with a conspiratorial grin (though not when the boss is around) that some part of his sympathies fall with the enemy has clarified for his co-workers that they are lucky to have him, that he is slumming it just a bit, and that everyone would be wise to not test his patience. Fortunately, for the faithful, such peers are rarely peers for very long. They have a tendency of moving on.

Genuine internal evaluations are another story, though, by which I mean thoughtful critiques of an institution offered by one who loves the institution too much to see it languish in mediocrity. Some institutions allow for honest, unflattering internal evaluations and some do not. Allow me to suggest that healthy institutions are more open than not when it comes to tough internal critiques. Good health is not fragile, not fainting, and neither demands great change nor fears great change is on the horizon. As such, at present, I think classical Christian schools in this country are reasonably healthy.

Rather, faults and insufficiencies are usually acknowledged and discussed, not blithely dismissed. Educators do not take a lackadaisical approach to criticism, but neither do they wring their hands and issue jeremiads. Rather, the average classical Christian school can critique itself and maintain a reasonable capacity to assess its achievements. We’re a bunch of people who admit it’s going to take a long time to rebuild this broken thing, and that there will be a few missteps and mistakes, and so it’s not the end of the world to admit we need to take a few steps back before going forward.

Over the last several years, I have written dozens of articles which argue this or that common habit in classical classrooms should cease. I have critiqued bad classroom décor, boring tests, wasted class time, Harkness tables, senior theses, forgettable lessons that can be made up in five minutes, and so forth, and not once has anyone said to me, “You shouldn’t say that sort of thing. Our students might read your articles and we would look bad. The movement might look bad. We’ve got to think about our numbers, our bottom line.” I am not here reasserting that all my thoughts on these subjects are right, but that classical Christian educators are not a squeamish, tyrannical bunch who demand everyone get in line. Criticisms are not shouted down as “ingratitude,” nor is every call for reform written off as “shrill” or “perfectionistic.”

Of course, the more successful classical Christian education becomes, the more difficult it will be to maintain this humility. “He who hath much wants much,” as Lady Philosophy teaches, and the more material success classical educators enjoy, the more they will become accustomed to ease. This is not an argument for classical schools to remain small on principle, for there are things small schools are only able to accomplish with the ambient help of much larger schools. What is more, given the aristocratic origins of the liberal arts education, it would be naïve to argue that classical schools should try to remain small and nearly broke to “keep it real.” However, when any institution is small, scrappy, and up-and-coming, it is uniquely well poised to receive and incorporate critique into its nature.

My exhortation, then, is for classical educators to carry on in their willingness to hear tough self-evaluations even when classical education is no longer the small, scrappy, up-and-comer. It is our ability to sustain and appreciate internal criticism that marks our health, not our numbers. If we do not think of classical education as a movement, we will not need to worry about the movement coming to an end. A movement cannot help thinking constantly about its own existence and movements always seem dangerously poised between total collapse and successful, glorious renown. We ought, rather, think about our schools— or our school, to be precise, the little platoon God has given us to serve. I believe most classical Christian teachers think in these terms, though, which is why we rarely freak out about internal critiques. Regardless of “the movement,” we must wake in the morning and teach these children as best we can.